The RAF Museum London and the Local Community

The Royal Air Force Museum London sits at the heart of a diverse, exciting and ever changing community. One of the most important aspects of our role as a museum is to reach out and engage with, and be relevant to, as many different peoples, ages, ethnic groups, opinions, interests as possible. 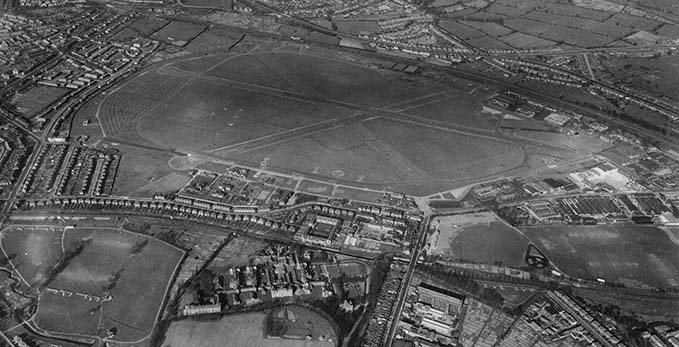 Young people are an extremely important part of our local community and traditionally not the easiest group of people to engage with outside of a traditional school setting. As a museum, we are bridging the gap between young people and their local history by looking at our collection in new ways. 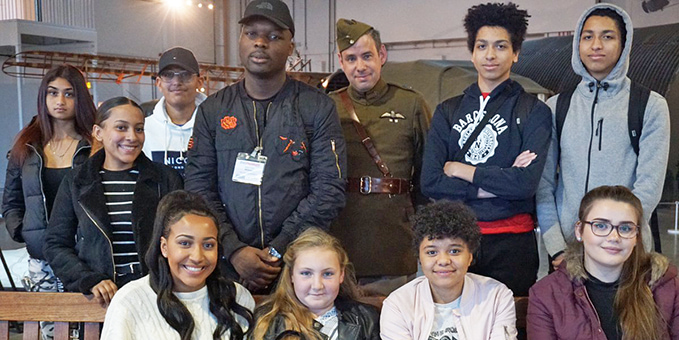 The RAF Museum can of course be used to inform and educate young people but it should also be used to inspire them. One project which exemplifies this is our partnership with SoundSkool, a specialist music college, to deliver a week of sessions with local teenagers culminating in a final performance and them gaining a Rock School Qualification. Students spent the week exploring the Museum, getting hands on with our uniform handling collection and learning about the history of the Museum’s site as well as learning song-writing and recording skills. 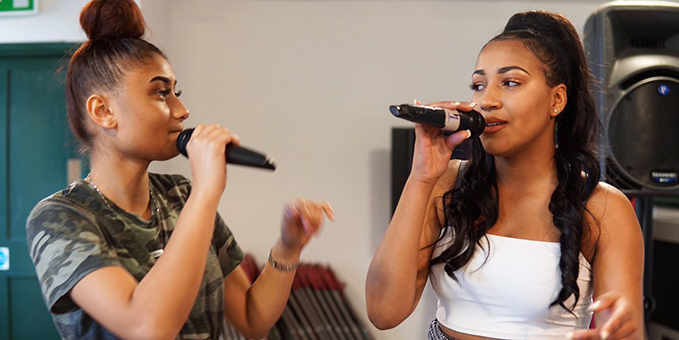 The undoubted highlight of the final performance 2018 under our Avro Lancaster was an original song written by the students inspired by what they had learnt about the Royal Air Force during the week. The emotions of pilots fighting throughout history and the difficult moral decisions that need to be made were the inspiration for this song. 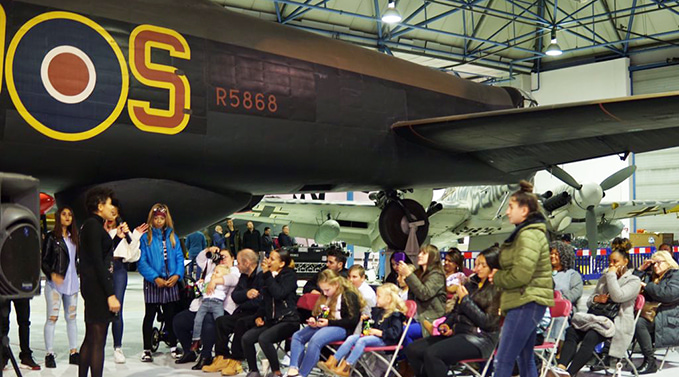 As well as working with the students from SoundSkool the RAF Museum is engaging other young people, and those that are young at heart, at a range of local events. At our stand at the Grange Big Local Fun Palace the community were given the opportunity to walk in the shoes (well, actually wear the jacket) of RAF personnel as well as trying their hand at making Typhoons, Vulcans, Tornados and F-35 Lightnings out of paper and testing which flew best. Rain on the day did not dampen our spirits and the Typhoon won by a landslide.

Another exciting local event the Museum has recently been involved with was a day of activities celebrating Black History Month at the Grahame Park Estate. Attendees attempted to place historic events on a black history timeline as well as being introduced to stories of black and bi-racial servicemen and women in the Royal Air Force.

People were surprised at the range of roles carried out by black personnel throughout the RAF’s history and also the sheer number of African-Caribbean people who volunteered to serve in the Royal Air Force during the First and Second World War. The love story of Flight Sergeant David Abiodun Oguntoye, who was born in Nigeria, and British Flight Sergeant Dulcie Ethel Adunola Oguntoye elicited some emotional responses from attendees showing how personal and pertinent the stories that we tell are.

Spreading the word about RAF stories that haven’t been told in the past; uncovering histories that have been hidden and shouting about them is at the heart of the RAF Museum’s community engagement work.

Dr Ronnie Fraser, an RAF Museum volunteer who was recruited as part of our HLF funded Historic Hendon project, recently researched and delivered a fascinating talk on the British Jewry’s involvement with the Royal Flying Corp in the First World War at Finchley Church End Library. 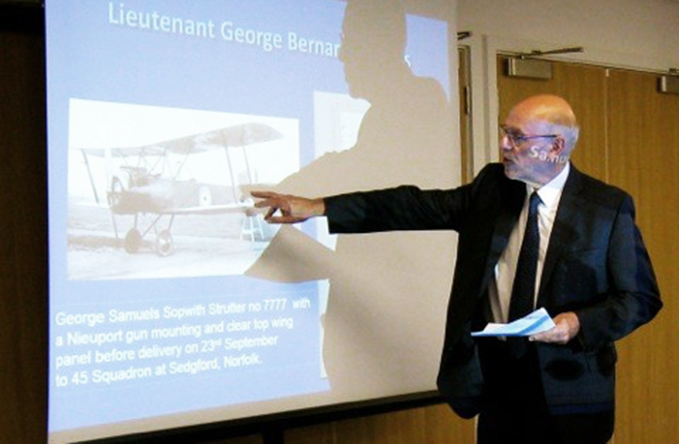 Interest in this aspect of the Royal Air Force’s history was apparent by the packed room that came to hear Dr Fraser speak and the enthusiasm with which the audience asked questions and examined handling objects chosen to bring that talk to life. Taking these amazing stories out into the community is really connecting people with not only the Museum and our collection but their own history. 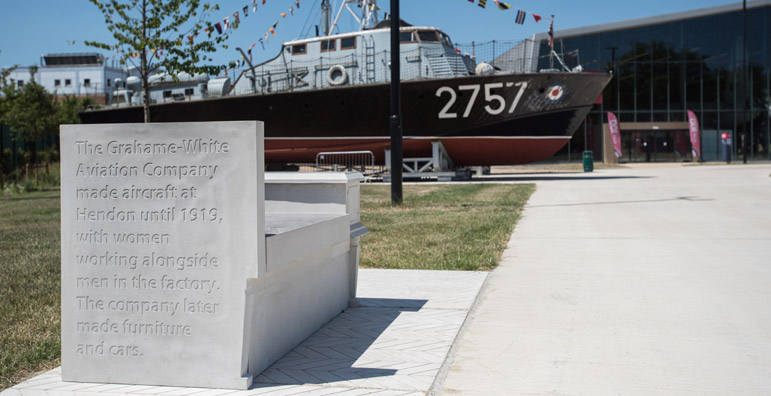 Community engagement projects are ongoing and the RAF Museum is always looking to work with local community groups to share the amazing heritage of the Royal Air Force and our local area. As you can see our work within the community is as varied and exciting as the community itself.

These projects have been made possible by the generous funding of the Heritage Lottery Fund and John Lyon’s Charity.

As Community Engagement Manager I have the amazing job of sharing the RAF Museum’s collection with our local community. I love using everything the Museum has to offer in new and innovative ways in order to engage new audiences and ensure that everyone can have a connection to the RAF Museum.