The Spitfire 10K – Running in Honour of The Few!

The Spitfire 10K run was established at the RAF Museum, London in 2015 as part of the Battle of Britain 75 Anniversary, to remember the men and women who lost their lives during this highly significant moment in our history. The success of the event has enabled us to extend the offer to our site in Cosford. Since 2015 over 2,500 people have completed the Spitfire 10K.

This year the Royal Air Force marks it’s 100th Birthday. In this special year the Museum will be commemorating and inspiring future generations with the stories of the RAF.

Each runner who enters is given a very special name to wear during their run. This name holds incredible significance as someone who was fought and flew during the Battle of Britain. The RAF Museum aims to inspire people from all walks of life with the amazing stories associated with these names. Many of our runners will research the name and discover a story, and a life, they never knew. By running the Spitfire 10K with this name pinned to their running vest we are enabling these men and women to be remembered.

‘I just wanted to say thank you so much for organising a great event…. I do a few 10K’s a year…. this was one of my favourite… I really liked running for someone who fell in the Battle of Britain. We researched the names when we got home and it really helped me keep going knowing I was representing someone.’ Sioned Mair Taylor.

Many runners choose to dress in style and run the Spitfire 10K in 1940s costumes or flying gear. It is a great day and an event that runners remember.

The aim of the Appeal is to raise money for the RAF family and to create a lasting legacy as we celebrate 100 years of the Royal Air Force in 2018. 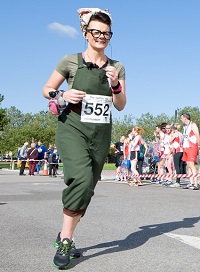 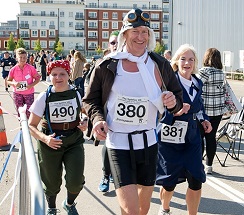 If you would like to enter the Spitfire 10K there is still time to register at either London or Cosford. The races take place on the 1 and 2 September 2018. For more information about the cost of entry, times, t-shirts and sponsorship please visit our website. 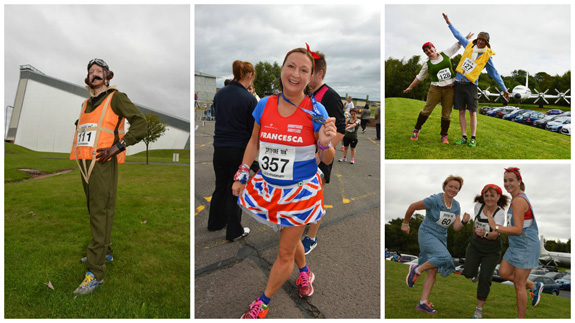 As Museum Public Events Manager, for the Museum in London, I am responsible for producing exciting events that share the RAF story in engaging ways, such as Open Cockpits, Airfix Make and Take and the Spitfire 10K.