In 1943, during the Second World War, the RAF Hendon airbase had three runways and covered approximately 200 acres of ground. The airfield was roughly rectangular, with the perimeter tapering on the southern end and expanding at the North end. 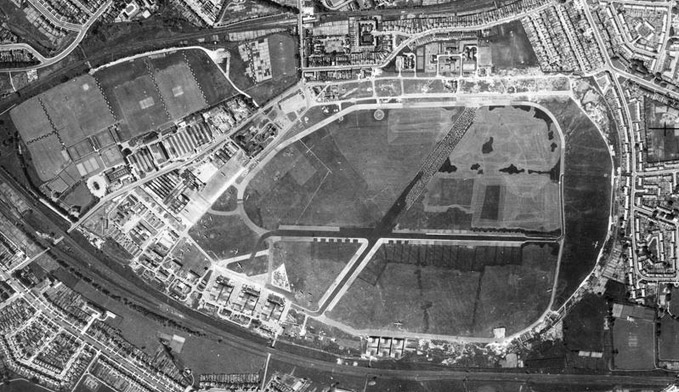 Fast-forward to 2018 and the RAF Museum is approaching the end of it Centenary Programme of works. Part of the works involves a substantial renovation of the Museum site to create a sense of place, and bring back echoes of the original airfield. Grass has been laid across the site, just as there would have been on the site dating back to the opening of the London Aerodrome by Claude Grahame-White in 1911. Historic RAF buildings on the site have been refreshed, and the six hangars that house the Museum’s aircraft collection have been linked by a track-way that takes its inspiration from the perimeter of RAF Hendon – roughly rectangular in shape, and smaller at one end tapering into a larger opposite end.

Pathways have been installed across the grass inside the perimeter track, following the alignment seen in the original runways. From the air, the inspiration in the design is clear to see and prompts a comparison between historic photographs, and the layout of the RAF Museum site.

Alongside paying tribute to the layout of the original airfield, the Museum has added some interesting new features. One of these is the incorporation of a ‘swale’. A swale is a low tract of marshy land, and ours is an artificial swale that has been introduced to assist with flood prevention in Hangar 5 (Bomber Command Hall). The swale will manage the water runoff, and we will be planting around it. 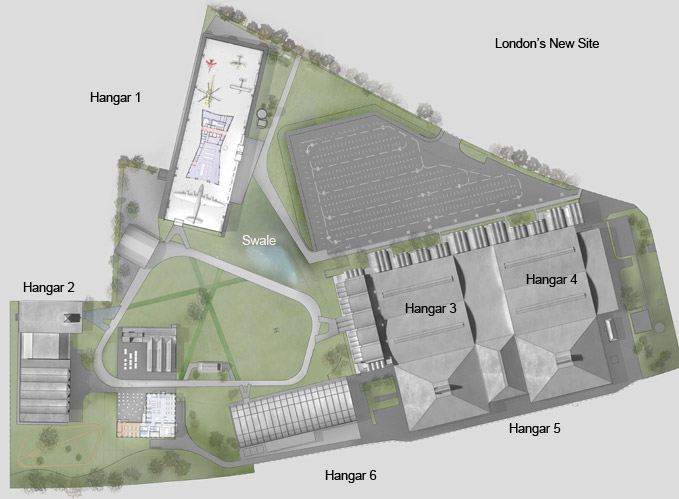 Also of interest is a new playground for children. Designed by Flights of Fantasy, it will contain play equipment based around iconic aircraft such as the Spitfire and Tornado, and will include a playhouse replica of the Grahame-White Watch Tower. The playground will be set on a site next to Claude’s Restaurant that also echoes the layout of the old airfield perimeter track – a mini-airfield inside our mini-airfield!

Historic RAF Hendon buildings dating to the 1930s have been refreshed and now serve Museum purposes. Building 52, a former Mess Hall and Store, has been completely renovated into a new restaurant, called Claude’s. Future interpretation that tells the story of the site’s history of pageants and flying events will be installed as part of the Historic Hendon project. Building 69 has also been refreshed, and the former parachute packing building has become the Museum’s new volunteer hub. 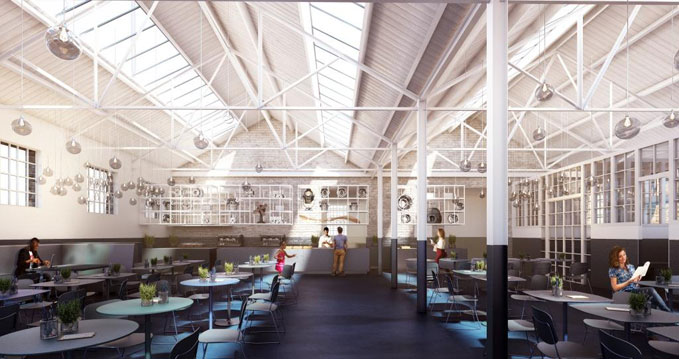 Tying these elements together, we are developing a map of the site, and several digital trails that tell stories of Hendon. The map will help visitors to find their way around the site, moving from hangar to hangar. Digital trails, focussing on Historic Hendon and 601 Squadron, will tell stories that bring the site to life for visitors. Material from our archives including image, video and audio will be available to explore in a trail format via smart devices. The trails will link disparate stories from the history of Hendon together with our display collection of aircraft and ephemera, taking you on a journey across the site and across history.

The transformation of London’s site has been supported by the Heritage Lottery Fund
plus other generous supporters. 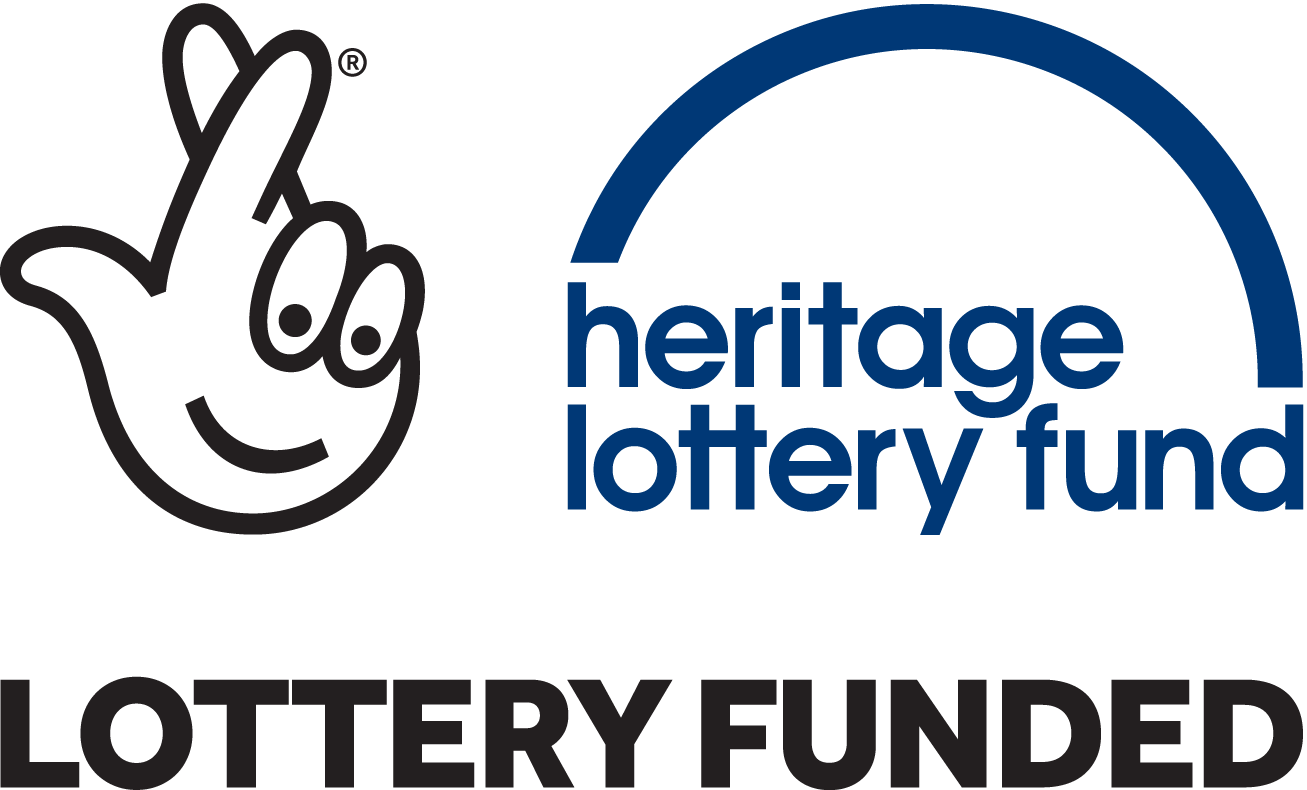