Two Dragons, or a Seal and a Walrus

When the RAF took over the responsibility for military and civil control in Iraq, Palestine, and Trans-Jordan in 1922, they did so equipped with Rolls Royce armoured cars of Great War vintage. Whilst the open desert was ideal for the Rolls Royce, there were also large expanses of rocky broken ground which were difficult for the armoured cars to negotiate.

The solution to the problem was an ingenious one; tanks had shown a remarkable ability to cross terrain impassable to other vehicles, but they were both expensive, and the domain of the Army. Instead the Air Ministry approached the Royal Ordnance Factory, in 1923, to produce a tracked vehicle based on the Dragon artillery tractor used by the Royal Artillery. This version would have an armoured drivers cab and in place of the benches on the rear, the RAF version would require an open space; when the situation demanded, the body and turret from a Rolls Royce could be fitted onto the rear of the Dragon to form a light tank. 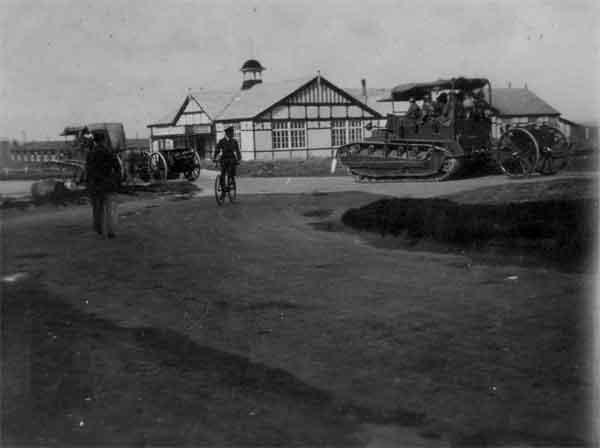 The two vehicles were shipped to Iraq for evaluation and presumably were found unsatisfactory, or at least they did not offer enough of an advantage over the Rolls Royce, as no more were ordered. At some stage, one of the Dragons became an armoured personnel carrier, fitted with armoured side panels complete with ports for firing rifles from; the other retained the Rolls Royce style body and turret. It would appear that they languished in a corner, being dragged out occasionally, but mostly serving as a backdrop for various airmen’s photographs. 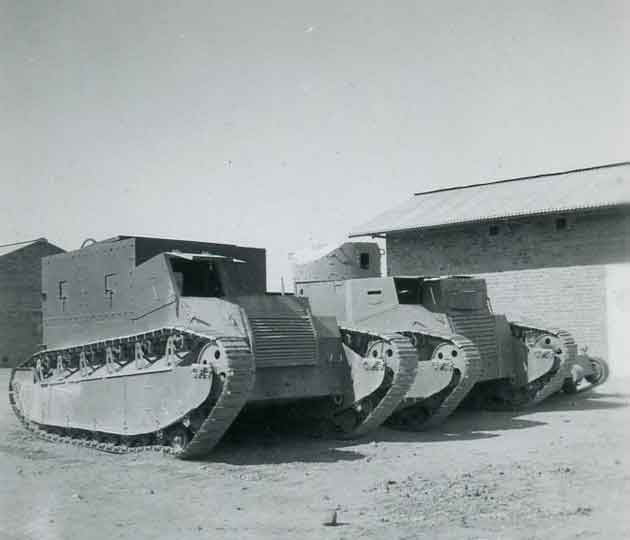 But their story didn’t end there for they were to have one last hurrah as late as 1941, 18 years after they were ordered. Following the overthrow of the pro-British Iraqi government by the German backed Golden Square movement headed by Rashid Ali al Gaylani’s in April 1941; Iraqi forces surrounded the RAF station at Habbaniya with a force of about 9,000 soldiers and 28 artillery pieces. On the first day of the Battle of Habbaniya, the two Dragons, by now bearing the names HMT Walrus and HMT Seal, were stationed outside the gate on the road to Baghdad. During that day they were to exchange rifle and machine gun fire with Iraqi rebels probing the British defences. 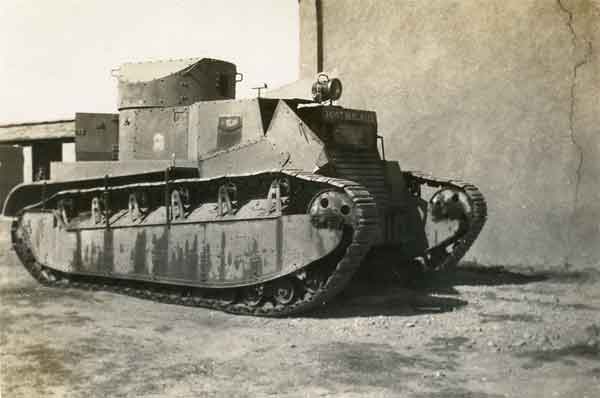 After this brief spell of action, the two old warriors once again faded into obscurity, their final fate is at present not known, presumably they, like the Rolls Royce cars they served alongside, eventually fell to the cutters torch.