Vehicles of the Battle of Britain

The Battle of Britain may have been waged in the air, but
there was a lot happening on the ground and at sea in order to keep the aircraft
fighting. The RAF Museum collection contains a number of vehicles that served
during the period of the Battle of Britain, and these highlight some of the
vital roles that were undertaken.

This iconic piece of equipment came about after the Air Ministry requested tenders in 1938 for a trailer that could transport an entire fighter aircraft. Taskers of Andover, in Hampshire, responded within 10 days, submitting not only the tender, but also a full-size prototype. The design was sound enough that nearly four thousand were built in both 3, and 5 ton, versions. Due to the large size of the trailers they soon gained the nickname Queen Mary, after the passenger liner.

Queen Mary trailers were frequently seen, during the Battle of Britain, involved in the recovery of downed aircraft – British, German and Italian. Often RAF aircraft would be repaired and sent back into the fight. 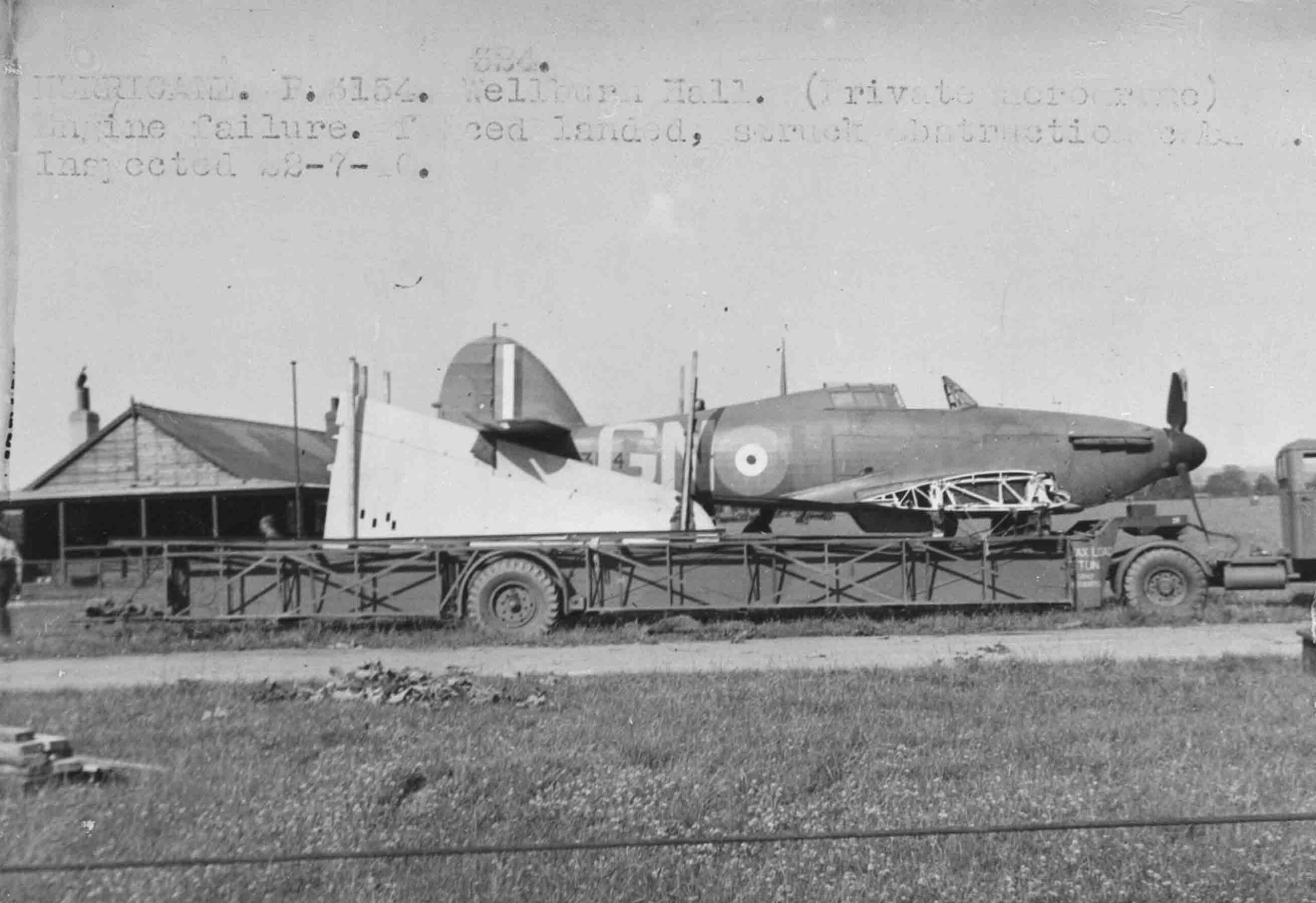 During the interwar period the British armed forces settled on the 3-ton, 6-wheel truck as the standard load carrier. The RAF received a large number of vehicles from Fordson, the UK arm of the Ford Motor Company, based on their commercial Sussex lorry. These were used to carry a number of specialist bodies, such as the balloon winch seen on the RAF Museum’s example.

Manufactured by Wild, the balloon winch was capable of sending aloft a balloon on a cable up to 2013m (7000ft) long. These balloon barrages forced enemy bombers to fly higher to avoid being snagged on cables, and this reduced their accuracy when releasing their bombs. RAF Balloon Command claimed 66 enemy aircraft brought down, during the war, as well as 231 V1 flying bombs; however it is recorded that more than 30 friendly aircraft were also lost to RAF balloon barrages. 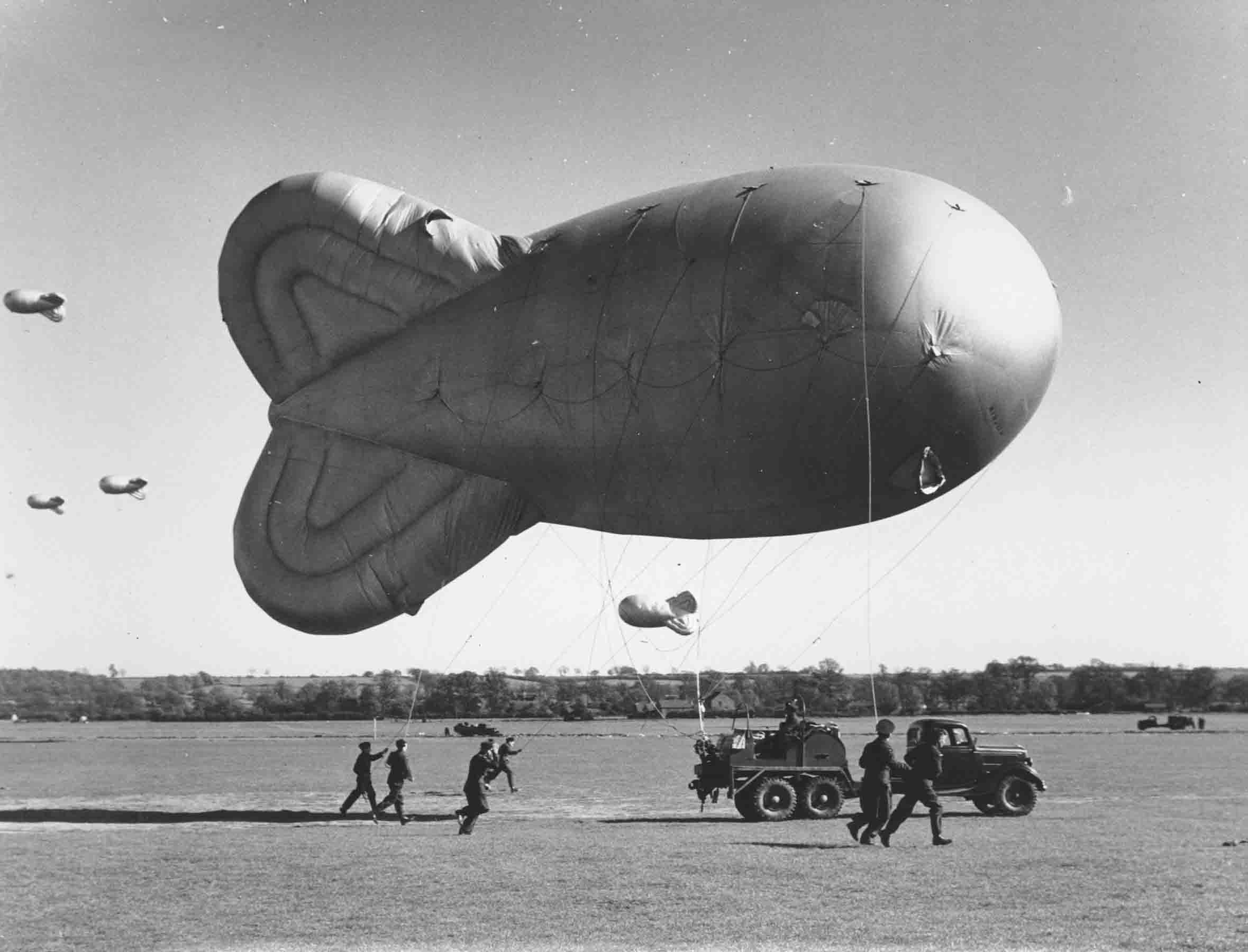 First introduced in 1935, Thompson Brothers Ltd, marketed their unique three wheel design as the ideal solution for manoeuvring around aeroplanes and it was employed by many civilian airport. The RAF found the Thompson design to be ideal for use at flying schools and University Air Squadrons, where large numbers of smaller aircraft were in near constant use. Later versions carried both fuel and oil, ensuring that the training aircraft were able to keep flying. During the Battle of Britain, one of the prime concerns of the RAF was ensuring the supply of new pilots kept up with demand; unsung heroes like the Thompson and the Tiger Moth training biplane helped to keep that supply going. 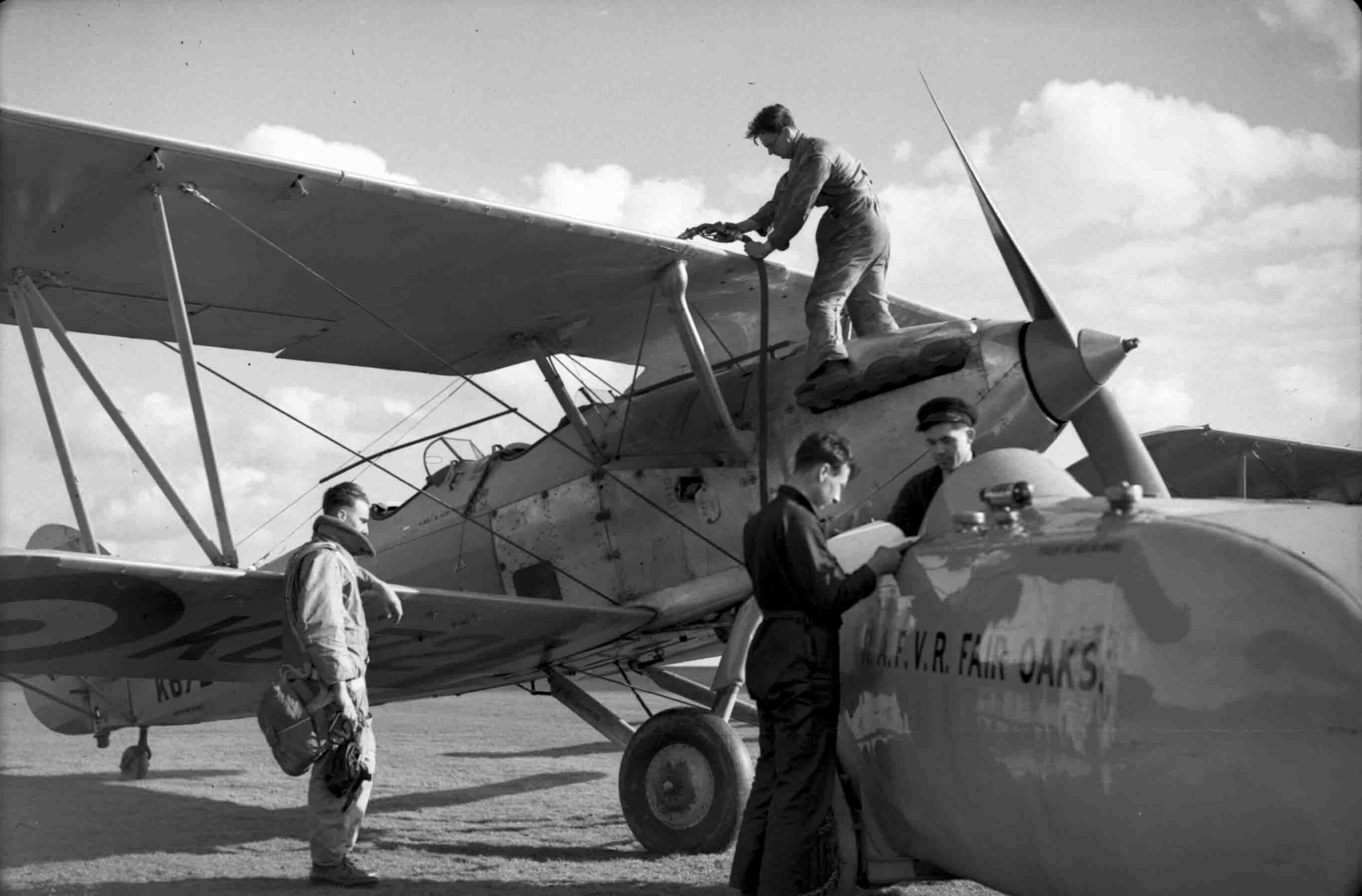 The Type 200 seaplane tender owes its existence, in part, to Aircraftman Shaw, better known as Lawrence of Arabia. Lawrence had witnessed the crew of a crashed flying boat drown when the tender sent to rescue them took too long to arrive. Designed by the record breaking power-boat racer, Hubert Scott-Paine, the Type 200 could reach a speed of 24 knots, much faster than the boats then in service.

ST206, now on display at the RAF Museum’s London site, joined the RAF in March 1932 and was originally based at Bridlington patrolling the weapons range nearby. It also towed armoured targets for aircraft to practice attacking vessels on the water’s surface. Such practice would have been put to good use by those squadron sent out to attack the German invasion barges during 1940. In 1942 ST206 was converted to a Firefloat, being fitted with a pump and spray nozzles for fighting fires. 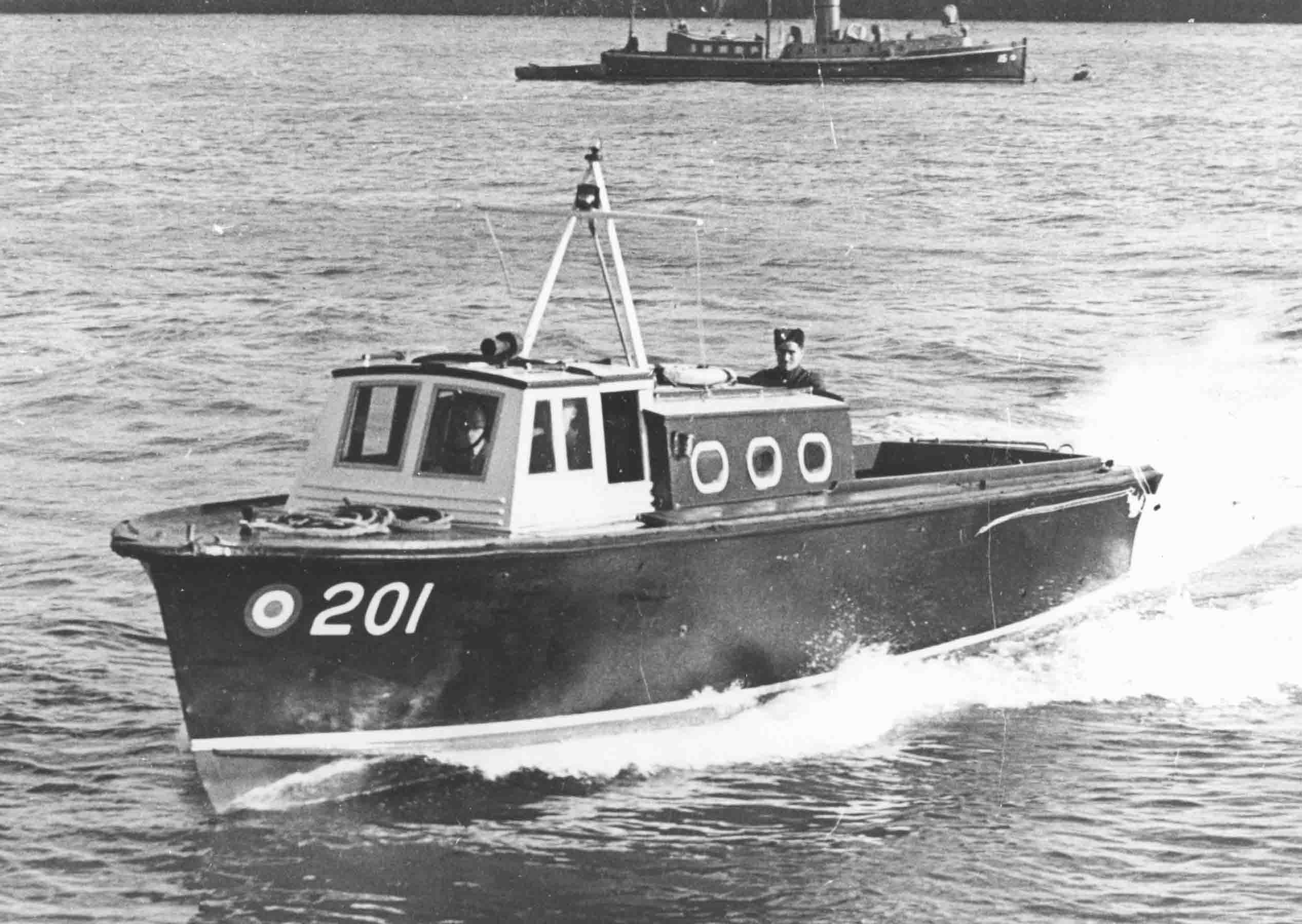 Based on the famous Fordson Model N agricultural tractor, some vehicles were converted by the Roadless Traction Company to turn them into half-tracks. The tracks provided greater traction and allowed the Roadless tractor to operate in areas that other tractors would struggle with, such as boggy fields and on wet slipways. The RAF operated a small number of Roadless tractors, finding the type to be very good at pulling small craft and flying boats up slipways, and rescuing aircraft in thick mud.

During the Battle of Britain, the airfields of Fighter Command were little more than grass fields so the Fordson Roadless would have been valuable for retrieving aircraft that came to grief during take-off and landing.

RAF Chilmark was originally a limestone quarry near Chilmark in Wiltshire that closed in 1935. Purchased by the Air Ministry, it was used to store bombs and other munitions deep underground. In order to transport the explosives between the storage tunnels and the loading platforms for mainline trains, Chilmark had a narrow-gauge railway equipped with small Ruston and Hornsby diesel shunters.

The internal combustion engines were seen as safer around explosives than similar sized steam locomotives as there were no open flames or sparks that could cause an explosion. The Battle of Britain saw a huge demand for ammunition to keep the aircraft fighting, should any airfield have run out the consequences could have been disastrous. AMW165 entered RAF service in 1939 and served throughout the war shuttling munitions into storage. She can currently be seen on the Leighton Buzzard Light Railway. 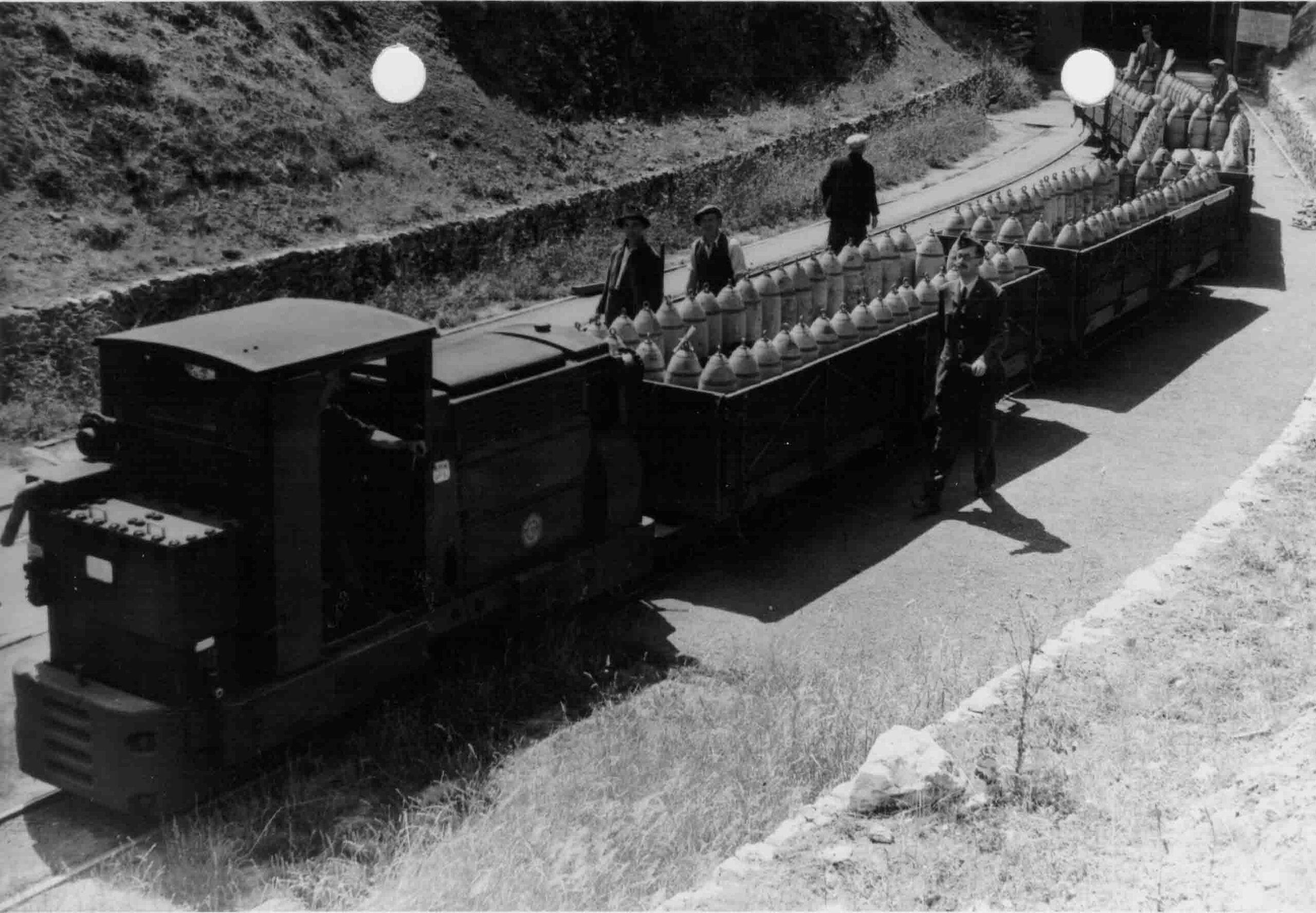 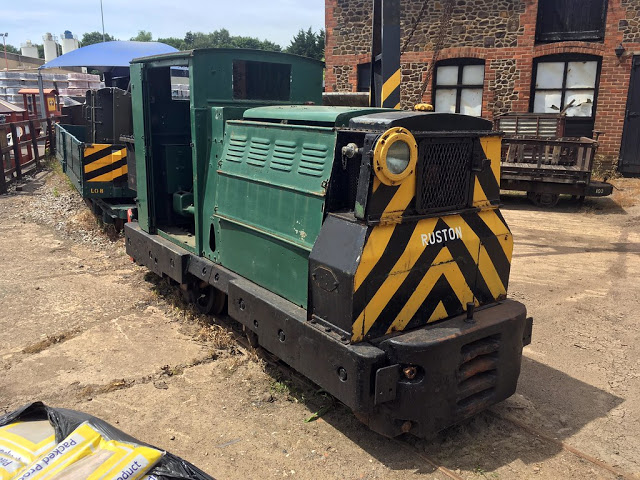