Women and Girls in Science

11 February is International Day of Women and Girls in Science. This is why we would like to share a few stories about the incredible women who challenged public opinion and common belief in 20th century and proved their ability to push in boundaries in science and technology development.

Some of these amazing heroines are featured in our new exhibition ‘RAF: First 100 Years: 1918 – 2018’ at our London site. For example, famous Beatrice ‘Tilly’ Shilling and her story is represented in ‘Prepare’ section of our exhibition.

Beatrice ‘Tilly’ Shilling was a brilliant aeronautical engineer and expert in aircraft carburettors. She joined the Royal Aircraft Establishment (RAE) at Farnborough and served as an aero-engineer for 43 years, including the period of the Second World War. She was highly respected by her colleagues for her outstanding intellect, practical skills and personal integrity. 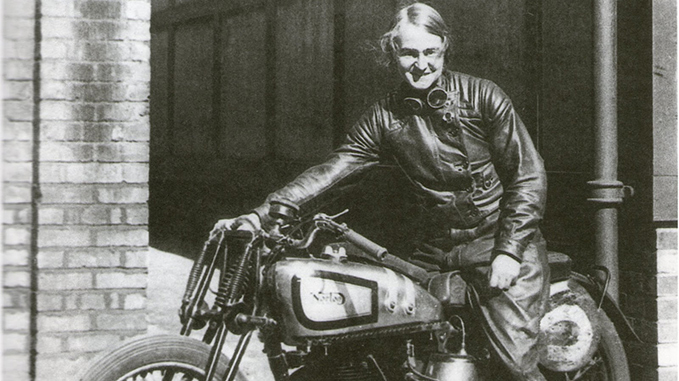 During the Battle of France, it became clear that the Hurricanes and Spitfires of the RAF were at a distinct disadvantage when they tried to follow the enemy Messerschmitts in a steep dive. Unlike the German Daimler-Benz engines with their direct fuel injection, the Merlins had traditional carburettor fuel chambers. The negative forces induced by the dive disrupted the fuel flow to the engine.

Beatrice studied the design and came up with a simple yet effective solution. She introduced a restrictor of the fuel flow leading to the carburettor float chamber to prevent flooding. The small device, quickly nicknamed ‘Miss Shilling’s orifice’ or simply the ‘Tilly orifice’, saved a huge number of pilots’ lives. Beatrice and her team at the RAE continued to improve the carburettor and introduced a more permanent solution, featuring a sophisticated fuel control system. 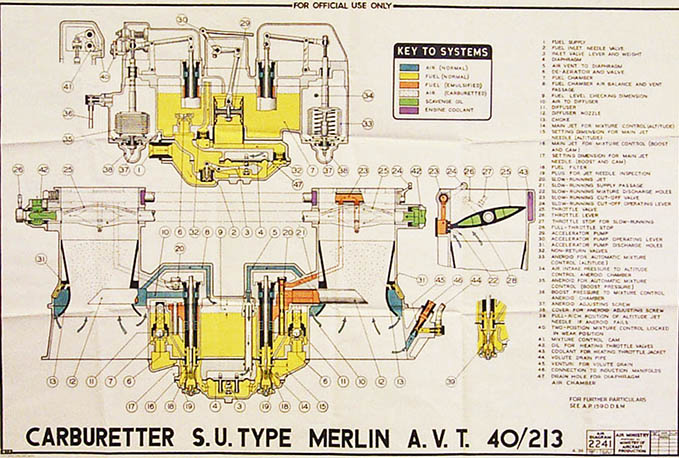 Beatrice was a staunch believer in women’s equality. She was years ahead of her time and raced motorcycles as well as exercising her intellect in a traditional and male-dominated society. She stayed with the RAE until her retirement in 1969, being honoured with an OBE in recognition of her wartime work.

Pauline Gower was the daughter of MP Sir Robert Gower. After her first flying experiences with the legendary Alan Cobham, she decided to become a pilot. Her father disapproved and would not pay for flying lessons. So, Pauline decided to teach violin to fund them. A quick learner, she went solo after only seven hours instruction. Together with her friend Dorothy Spicer, she set up Air Trips, the first aviation company owned and staffed by women. 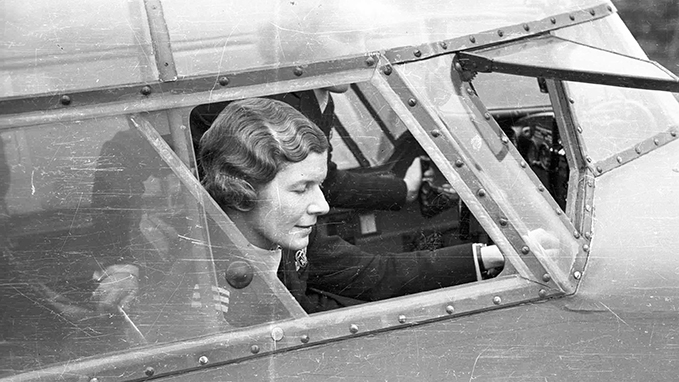 Dorothy Spicer was not only a pilot and ground engineer, she was the first woman in Britain to gain a type ‘D’ engineer’s licence, authorising her to inspect, pass out and repair both engines and airframes, being qualified to build all aspects of an aircraft – airframe and engine – from scratch. In 1936, Pauline and Dorothy (by now referred to as the ‘daring aeronauts’) presented a technical paper at the Women’s Engineering Society Annual General Meeting on the treatment of metals for aircraft engineers. 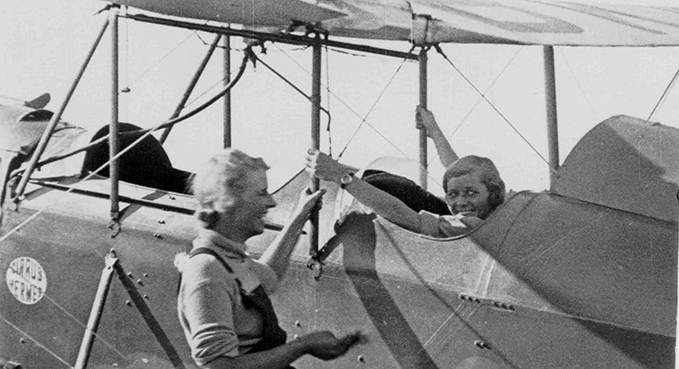 In 1938, Dorothy accepted a position with the Air Registration Board in London, becoming the first woman in the British Empire to receive a technical appointment in civil aviation. When war broke out, she took on flying work as an air observer and research assistant, and became involved in the development of a variety of new aircraft types and items of equipment. Unfortunately, shortly after the war, she died in a flying accident near Rio de Janeiro.

Using her professional reputation and family connections, Pauline advocated hiring female pilots for the newly founded Air Transport Auxiliary, a civilian organisation ferrying new and repaired aircraft from factories to operational squadrons. Overcoming the initial resistance, she was given the go-ahead to select eight female pilots. As the war progressed and these women proved their worth, more women entered. Eventually, more than 150 women served with the ATA, comprising about a tenth of the total number of ferry pilots. 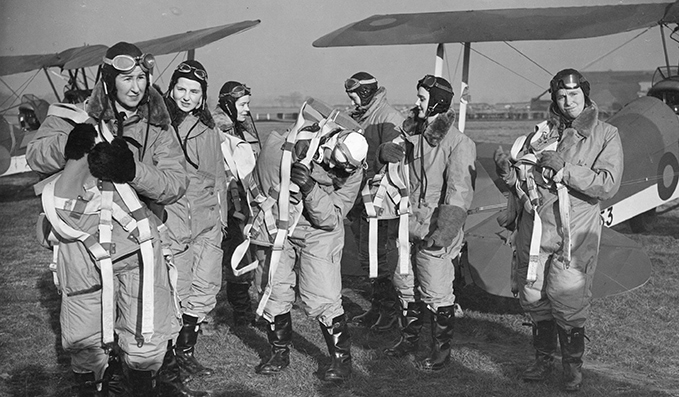 Not expected to fly combat missions, the ATA pilots did not receive combat training like their RAF counterparts, but they were fully trained in meteorology, map-reading, navigation and mechanics. They were expected to fly every type of aircraft, even if they had not received training on that specific type. As such, trained to fly a Hurricane was supposed to suffice to fly a Spitfire, although they handled quite differently. ATA pilots flew through all kinds of weather without the aid of radio communications. Their navigation skills were unparalleled, allowing them to deliver more than 300,000 aircraft between 1940 and 1945.

Generally admired for her discipline and perseverance, Pauline was awarded a Member of the British Empire Medal. Maybe more importantly, she obtained the same pay for women pilot as the men received for doing the same work, which made the ATA the first government organisation in the country to do so. Like her friend Dorothy, tragedy struck shortly after the war. She died giving birth to twin sons, who survived. Her life was short, but she left an enormous legacy in regards of women’s emancipation.

Another ‘ATA girl’, Lettice Curtis was, at the time, one of the few women in Britain to hold a mathematics degree from Oxford University. She was well-known for her intelligence which was often interpreted as arrogance. She tended to be extremely impatient with slow learners and was only content with perfection. An excellent pilot, she was the first woman to deliver the heavy four-engined Lancaster bomber. 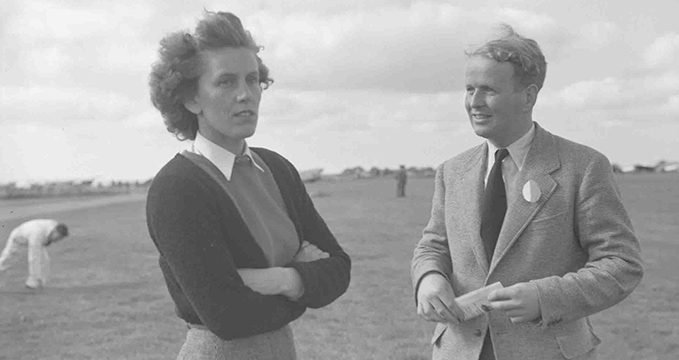 After the war, she became a technician and flight test observer at the Aeroplane and Armament Experimental Establishment (A&AEE) research facility. This entailed flying aircraft overseas to test the airframes and systems in hot weather. In 1953, she moved to Fairey Aviation where she became a senior flight development engineer. In 1976, she took a job as an engineer with Sperry Aviation. 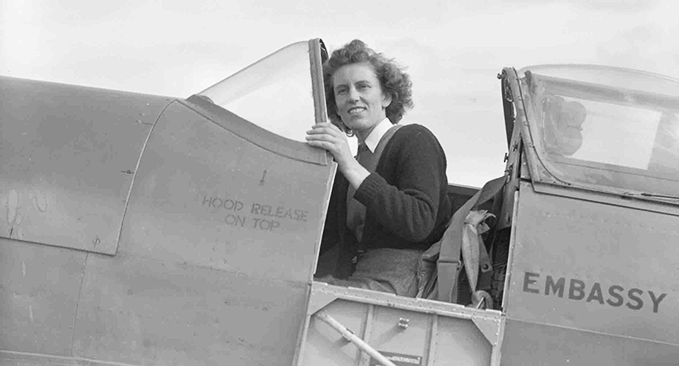 Her love of flying never diminished and she participated in air races. In 1949, flying a Spitfire Mk XI, she achieved the British Women’s National Record in 1949. The Spitfire was her, as for most ATA women, favourite aircraft. As she later said, ‘to sit in the cockpit of a Spitfire … was a poetry of its own’. This did not conclude her flying career: she even gained her helicopter licence at the age of 77!

Fast forward to 2019 and we meet Squadron Leader Bonnie Posselt. She first became interested in aviation in secondary school, where she was with the Combined Cadet Force as part of a RAF Section. After an undergraduate degree in Aerospace Physiology, she became fascinated about the human body in the extreme environments of aviation and space and decided to pursue a career in this, the newest of the medical specialities. At Manchester University, she joined the University Air Squadron which introduced her to life in the RAF. 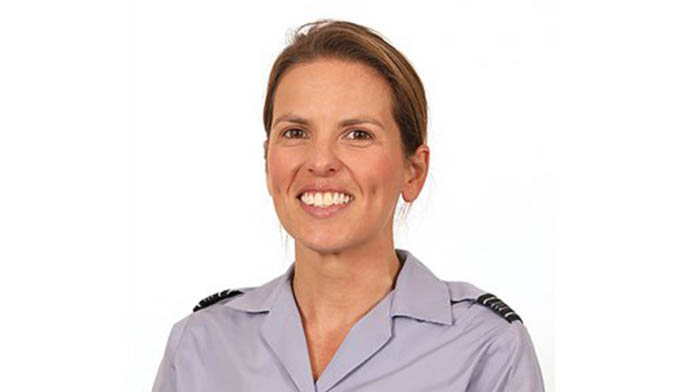 On a normal day-to-day basis and based at the RAF Centre of Aviation Medicine, Bonnie deals with a variety of different topics, such as Aircrew Equipment Integration, Aircraft Accident Investigation, training aircrew how to tolerate high g-forces on the human centrifuge and hypoxia in the hypobaric chambers, as well as conducting trials on new pieces of protective equipment.

As the Space environment is similar in many ways to the aviation environment, she is also studying the effects of spaceflight to the human body and how to protect those working in that environment. As part of her training, she recently participated as the medical officer for an analogue space mission simulating Mars in the deserts of Oman. Her job was to provide medical care for all the team and to monitor the astronauts during simulated space walks in heavy space suits. Although hailed by the press as one of Britain’s first ‘space doctors’, her job explores the challenges of both space and aviation medicine.

She is currently on an exchange posting to the US Air Force School of Aerospace Medicine at Wright-Patterson Air Force Base in Ohio, USA. She is undertaking a PhD, investigating human performance using Helmet Mounted Displays, as used in the latest generation of jet aircraft.

Only last week, we were happy to welcome Aerospace Engineer Hania Mohiuddin to the RAF Museum London. She graduated with a BEng (Hons) in Aerospace Engineering from the University of Sheffield in 2013 and an MSc in Autonomous Vehicle Dynamics and Control from Cranfield University in 2016. Upon completion of her degree, she joined Martin-Baker as a Test Engineer conducting investigative trials of ejection seats components from various military aircraft including the F-35 Lightning II and the Eurofighter Typhoon. After working as a Systems Engineer, she currently works as a Systems Safety Engineer within the company. 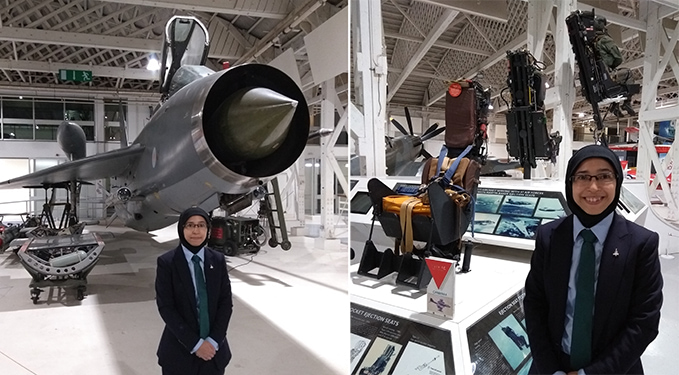 As a child, she had a dream in which a jet fighter landed on her house, she climbed inside and took off. Ever since, she knew she would make aviation her life. As a young Muslim woman, she never experienced her religion or culture to be an obstacle to achieve this dream. To encourage young women like herself to overcome cultural stereotypes and pursue a career in science, she has taken on the role of a Science Technology Engineering and Mathematics (STEM) Ambassador. She participates in various committees of the Royal Aeronautical Society and is Chairwoman of the British Human Powered Flying Club.

During her studies in Sheffield, she co-led a team to design and manufacture a Human Powered Aircraft for which she was the test pilot. While at Cranfield, she volunteered as a ground crew for the restoration project of an English Electric Lightning T5. This involved climbing through the air intake into the belly of the aircraft to inspect the jet engines. We recently invited Hania to the Museum to talk about her experience with the Lightning as well as her work with Martin-Baker. We will be posting this video onto our social media channels in the near future. 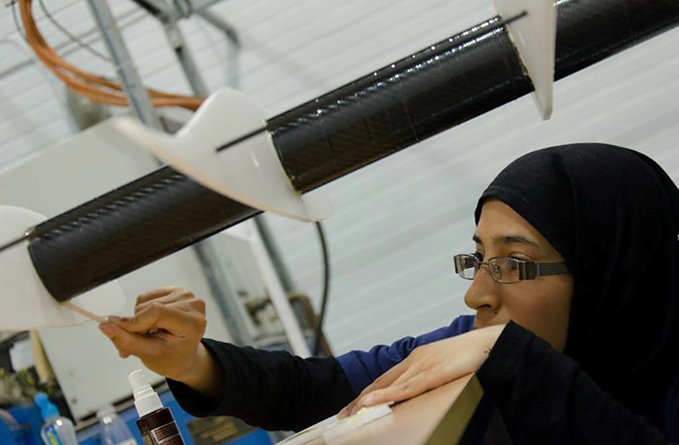 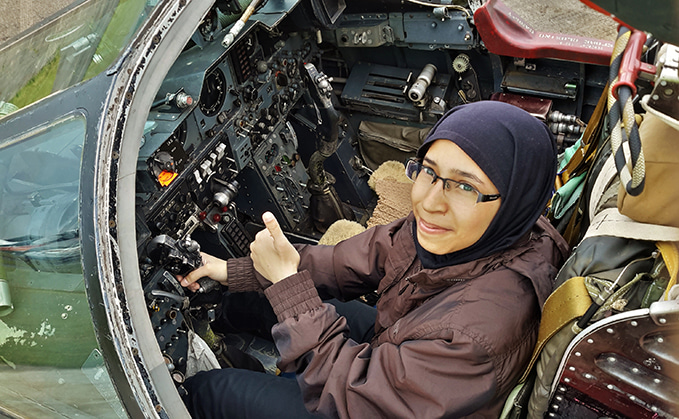 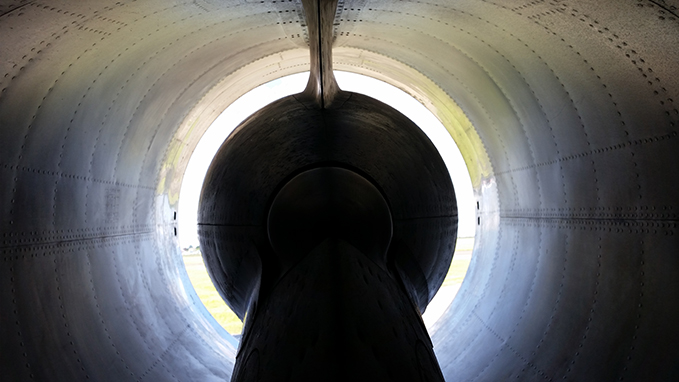