Large America flying boats like the Curtiss H.12, Felixstowe F.2A and Felixstowe F.3 normally had a crew of five: two pilots, an engineer, a wireless operator and an air gunner. In action the engineer and radio operator also acted as air gunners. 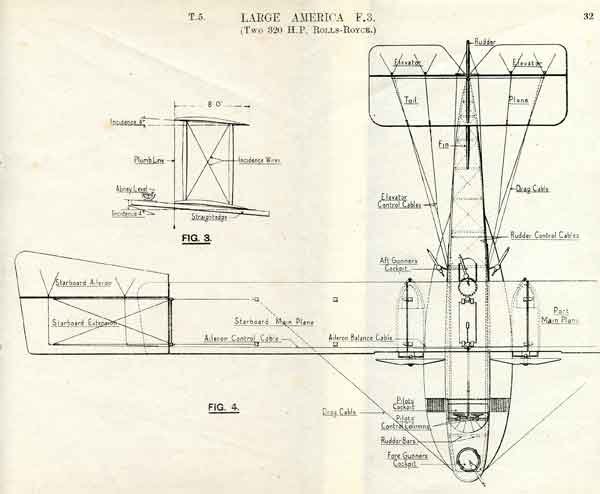 The first and second pilots were normally officers who had qualified as seaplane pilots and had also been trained on flying boats. The engineer, wireless operator and air gunner were either non-commissioned officers or air mechanics who volunteered to fly in addition to their normal ground crew duties. 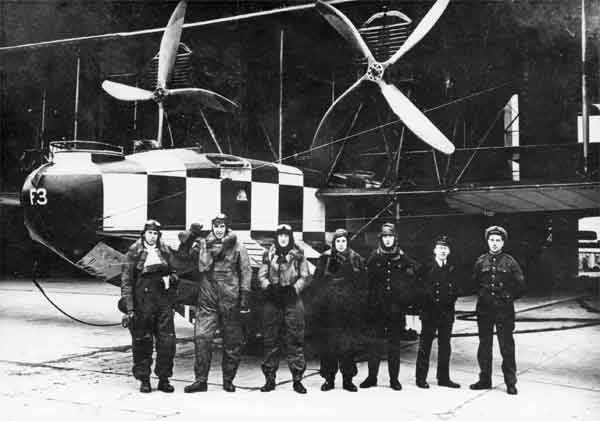 The two pilots shared the work of flying the aircraft on long flights, which could last up to six hours. There were dual controls, although the co-pilot’s control column had to be folded down to allow access to the nose gun position. 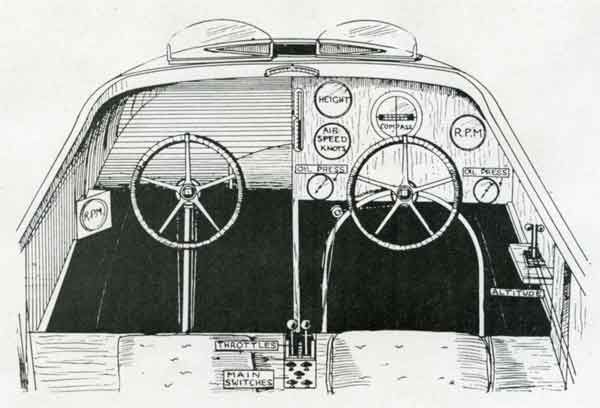 Although there was no automatic pilot, elastic bungees were used to keep the controls set for straight and level flight on long patrols. As well as flying the aircraft the two pilots were responsible for navigation, using a compass, a watch, a course and distance indicator and a chart overlaid with a search grid. The only way of calculating drift was by estimating the wind speed from observations of the surface of the sea. In the North Sea lightships moored at fixed positions were important points of reference.

The engineer’s position was on the port side of the fuselage between the two wing spars and his job was to see that the engines ran smoothly. Gauges and controls enabled him to regulate the temperature and water levels of the radiators which cooled the engines. He was also responsible for making sure that the gravity petrol tank in the top wing centre section, which held 26 gallons, was kept filled. This tank directly fed both engines and was normally replenished automatically by a wind-driven pump which kept petrol flowing from the 400 gallons of petrol in the main fuselage tanks. However, if this failed the engineer had to pump the petrol by hand. 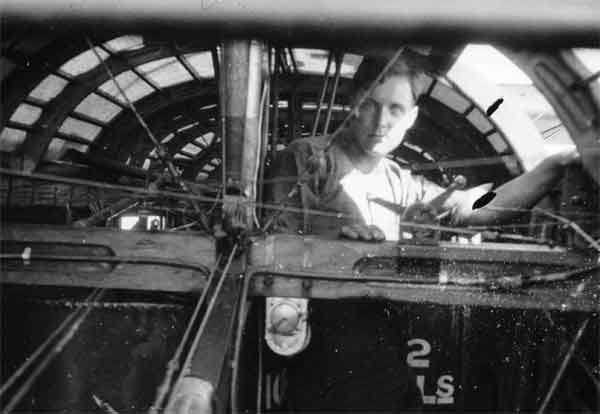 If a U-Boat, Zeppelin or enemy seaplane was spotted, the engineer manned the Lewis guns mounted in the side gun ports in the rear fuselage, giving him a field of fire to left and right behind and below the aircraft.

The wireless operator’s position was on the starboard side of the fuselage just behind the pilot. The wireless sets fitted to flying boats at that time had a range of up to 250 miles, enabling aircraft on patrol to notify shore wireless stations of enemy submarine sightings, drifting mines or merchant ships which were in difficulties. Signals could not be sent in plain language because German wireless stations monitored the frequencies used by British aircraft and intercepted their transmissions. Therefore, before the wireless operator could tap out his signals in Morse code, he had first to encode them with the help of a code book, which had specially weighted covers so that it would sink if the aircraft came down in the sea and was in danger of capture. 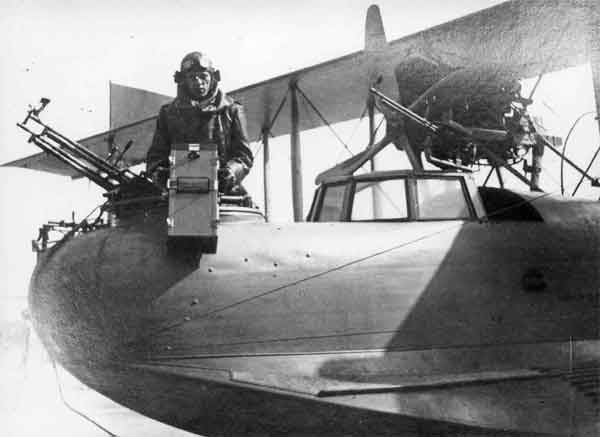 German wireless stations were able to plot the position of British aircraft over the North Sea by taking cross bearings on their wireless transmissions. This could result in interception by enemy seaplanes, so flying boats normally maintained wireless silence when near the enemy coast. Whenever he could leave his set, the wireless operator went forward to the front gun position, where, as well as helping to keep a look-out, he manned the forward machine gun, took photographs and send signals to ships and aircraft with the Aldis lamp.

The fifth member of the crew – the gun-layer or air gunner – normally manned the dorsal gun position in the rear fuselage, where he could fire at enemy aircraft attacking from above and behind. He stood on a step ladder or sat on a folding seat with his head and shoulders above the fuselage decking. When not in use his Lewis gun was dismounted and a wooden hatch cover was slid over the aperture in the upper fuselage. 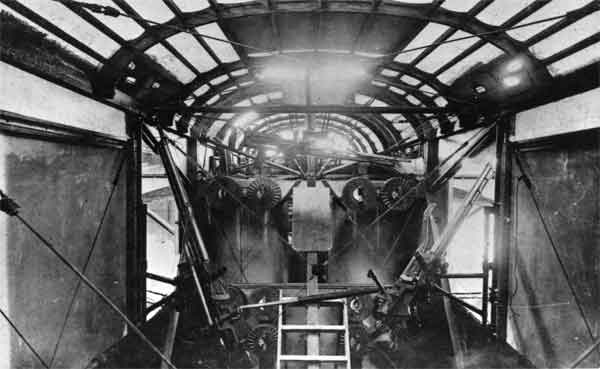 A description of the crew would not be complete without mentioning the four homing pigeons which were carried for use in emergencies. To save the weight of accumulators the aircraft’s wireless was normally powered by a small propeller-driven generator and in the event of engine failure power for the wireless was lost. If the aircraft had to come down in the sea it was also deprived of its trailing aerial, which drastically reduced the range of wireless transmissions. It was in circumstances like these that the homing pigeons came into their own. Even in bad weather – provided that visibility was not too bad – they were capable of flying at 25 miles per hour for long distances, carrying messages summoning help to the crews of stranded flying boats. In April 1919 an official list of pigeons who had distinguished themselves in wartime service on RAF flying boat and seaplane operations was issued. 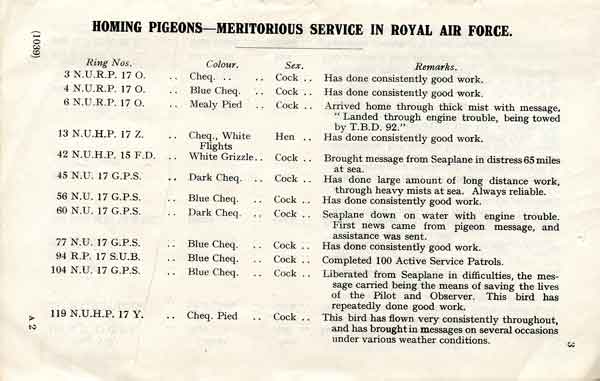