Historic Hendon is a Heritage Lottery Funded project that involves the Museum working in partnership with our local community to develop interpretation and activities that reference the local area’s unique airfield heritage.

The process as undertaken has enabled the Museum to look at a new way of telling stories through Co-Curation. I have previously written about the genesis and research of the RAF Museum’s Historic Hendon project here.

Co-Curation is a process that involves Museum staff, volunteers, visitors, and members of local community groups working together to discover and identify key themes that help tell the local story of the RAF in Hendon. 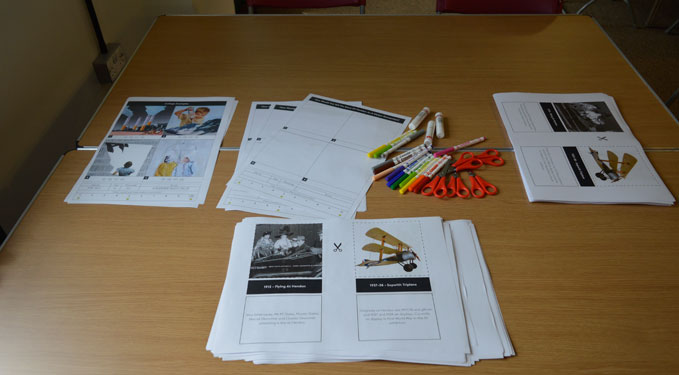 Co-Design involves the local community and RAF Museum staff identifying stories and narratives using the material identified in the Co-Discovery workshops. The Co-Design sessions were held at the RAF Museum and in community locations, and were led by our design team Aberrant Architecture. The workshops were interactive and artistic, involving making narrative collages. The aim was to encourage participants to identify or tell stories they felt were important, and that linked to the most popular themes identified in Co-Discovery. 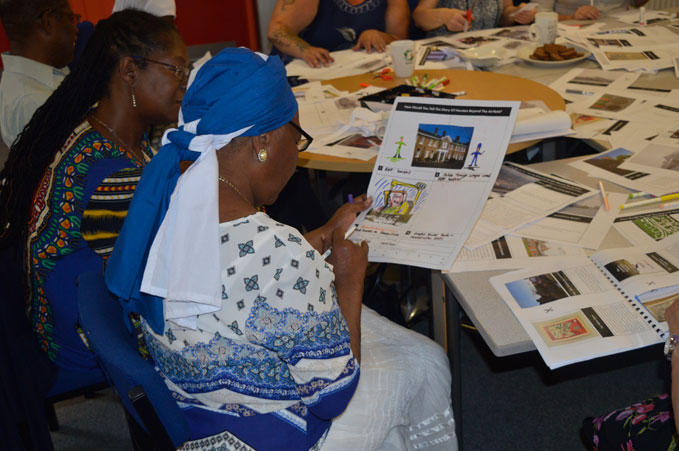 Using the data we had collected as a guide, the most popular elements of the themes were combined and explored in more depth. New material was researched, bringing new images, stories and objects into the project to provide deeper context. For example, the most popular Co-Discovery theme was ‘Women of Hendon’, so in Co-Design there were more stories and images relating to the various roles of women at Hendon available to use and explore. Additionally, local stories recorded during the Co-Discovery process were turned into sound bite quotes. 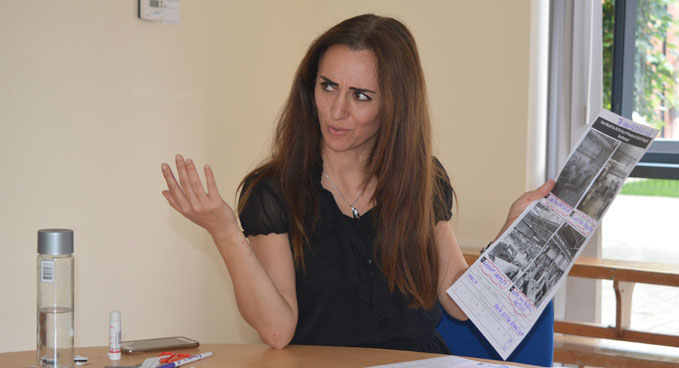 This left us with five themes to explore in Co-Design:

1. Design and Manufacture
2. Life and Legacy after the Airfield
3. Military Base
4. Training and Learning
5. Visitor Attraction

Each theme was explored twice. We looked to link up the themes to groups that would want to tell relevant stories. For example, we worked with cadets from the 120 Squadron ATC (Air Training Corps) for the ‘Training and Learning’ theme, as they are currently learning all about the Royal Air Force in their capacity as cadets. 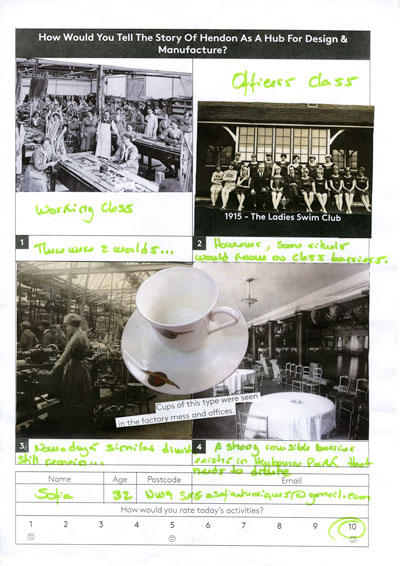 We ran ten workshops in total, hosted in various locations including the RAF Museum, the Barnet Multicultural Community Centre, Pulse Community Flat, ARTiculate Community Fair, the Grahame Park One Stop Shop, Chandos Arms pub and the 120 Squadron ATC HQ. There were 76 participants across the ten sessions, with 84 collages created in total. 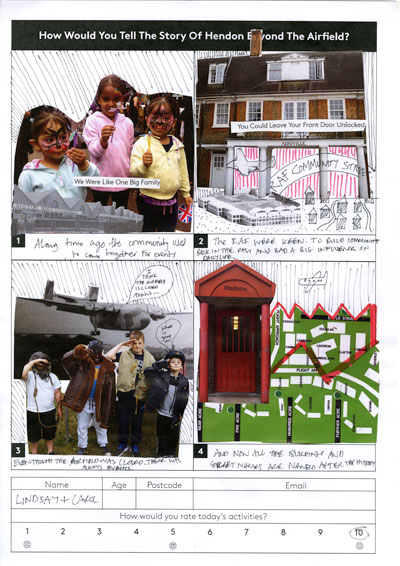 During each Co-Design workshop, the participants were asked a central question, such as ‘how would you tell the story of Hendon as a visitor attraction?’ Participants explored material from the Historic Hendon collection that related to the theme of the session. The historic material was on sheets with an image and a caption. For each session there were around 30 different images. Participants then cut out the images and stuck them onto a four-panel sheet, making a collage. The aim of the collage was to build a narrative using the images that the participants felt helped tell the story of Hendon. The workshop leads from the RAF Museum and Aberrant Architecture helped participants to explore and discuss the stories, and participants presented their stories back to the group, the workshop leaders, or to each other individually at the end of the session. 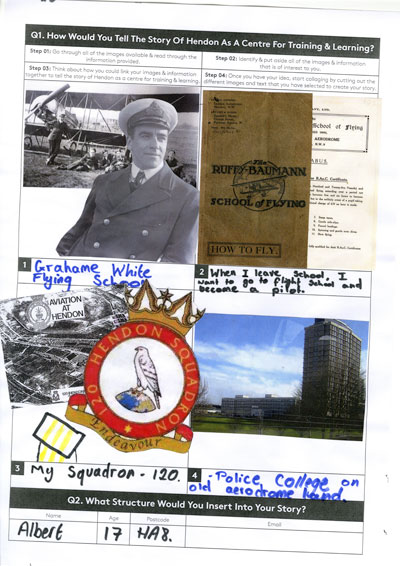 The ten workshops had input from a diverse section of ages, backgrounds, abilities and localities. The groups included staff from the RAF Museum at every session, enabling Museum staff to discuss ideas with local people, and to tell them stories about local history. Many stories were identified during Co-Design; some personal, some historical, and some thematic. Themes started to emerge across the sessions, with ideas around making things, skills transfer and togetherness coming to the fore across the five themes. Analysis of the collages has shown us some of the most popular stories, objects and themes which crop up multiple times. We have also seen specific narratives emerge from each theme. For example, in the Design and Manufacture theme, the culture of the Grahame-White Company and the transfer of skills by the female workforce during the First World War came to the fore, exemplified by objects such as a thimble used for sewing aircraft fabric, and a monogrammed cup and saucer of the GW company.

We are now moving from the Co-Design phase of the project to designing the installations to go onto the green space on the Museum site. Several ideas have been put forward for this, and we are looking to use the site interpretation that tells the story of Historic Hendon to let people define their own use of the green space. This includes ideas for installations that can be flexible and moveable to the needs of the users, as well as having multiple uses. 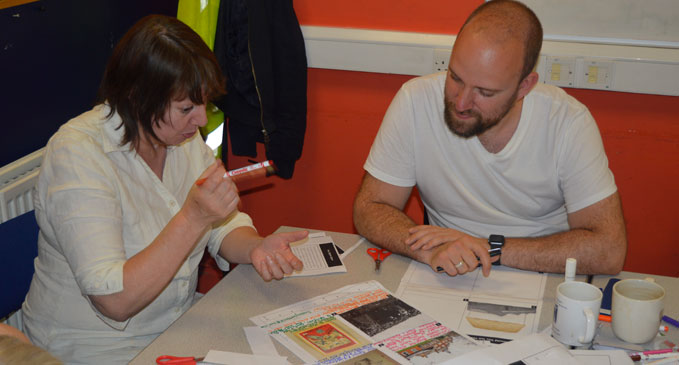 One such idea came out of the Co-Design sessions – the idea to print the collages onto fabric, and to sew them together as a community picnic blanket for use at the Museum or as bean-bags that would tell the story of our local area.

An idea like this demonstrates the value of a project like this – bringing the community to the heart of the work we are doing, involving them in decision-making, and telling stories suggested by local residents.

You can now view another outcome from this work our interactive Historic Hendon poster.