In this blog post we would like to share some wonderful feedback we recently received from Abby Whitlock, an American student, who recently visited our Reading Room at the RAF Museum Archives, in London, to conduct some specialist research.

‘My name is Abby Whitlock and I am a fourth year student studying History and European Studies at the College of William and Mary in Williamsburg, Virginia. Recently, I spent two and a half weeks in England looking at sources for my honours thesis on the Royal Flying Corps.’

Before coming to England, Abby looked through the RAF Museum’s collections. With specific keywords, individuals, and documents in mind, it was very easy for her to locate related sources thanks to our Navigator search engine. Since Abby’s research was based primarily at the University of Cambridge, she knew she would probably need to schedule more than one appointment to go through all our sources. 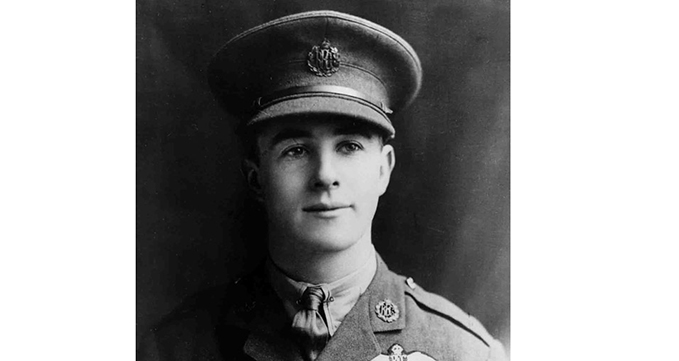 Abby stated, ‘My sources were primarily connected to Major James Thomas Byford McCudden, VC and other members of 56 Squadron, such as Captain Albert Ball VC and Lieutenant Arthur Rhys Davids.

During my visit to the Archives last year, one of the most interesting sources I looked at were the set of notebooks comprising the manuscript for ‘Five Years in the Royal Flying Corps, McCudden’s memoir’. With these notebooks, it was interesting to see the evolution of his writing and how the edits made the work-in-progress different from the finished product.’

The Museum is privileged to hold the papers of the McCudden brothers, for through their experiences and their exploits we can trace the evolution of British military flying during the First World War. The rapid technological, tactical and organisational developments that led to this were described by James McCudden in his book ‘Five Years in the Royal Flying Corps’ which he completed only days before his death. We are fortunate to hold the original manuscript, which is accessible to the public by booking an appointment to visit the Museum’s Reading Room. 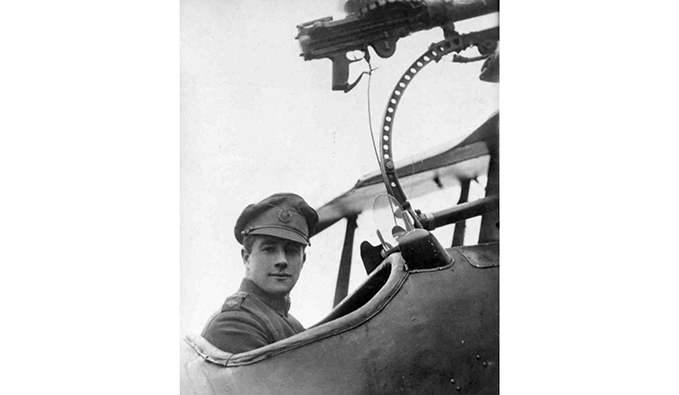 The story of McCudden is exceptional. He came from a working-class background, while most officers came from the upper class. He was a perfectionist and tirelessly dedicated himself to improve his performance. He trained himself to fly at high altitudes where the lack of oxygen led to terrible headaches. However, this ability allowed him to intercept high altitude reconnaissance aircraft. Having been a mechanic he knew his aircraft better than anyone and was able to get more out of it.

‘In my most recent visits, I focused on squadron rosters, newspaper articles about different pilots, and personal letters. In the case of the personal letters, I was looking to see if descriptions of squadron life showed a clear connection with social identity. With the newspaper articles I focused on descriptions of top pilots and the different components used in describing their character.’ – Abby Whitlock

Above all, James McCudden was a highly professional pilot. As far as we know, he did not suffer from battle stress as for instance Mick Mannock did. He was professional and methodical: he saw no issue with ‘playing the percentages’ and disengaging with the odds were against a successful attack. Although a proficient fighter pilot, he did not take pleasure in killing and was even criticised for being insufficiently anti-German.

And yet, when German Gotha bombers attacked east London in broad daylight and, again, the defending fighters enjoyed no success, James McCudden described his disappointment this way:

“How insolent these damned Bosches did look, absolutely lording the sky above England! …I was absolutely furious that the Huns should come over and bomb London and have it practically all their own way.” (Five Years in the Royal Flying Corps) 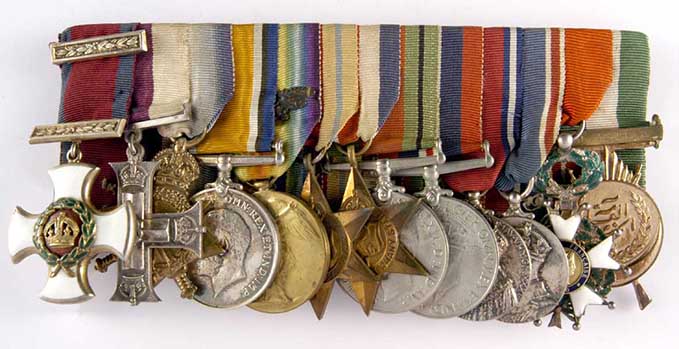 ‘Since I started my research process almost two years ago, I have had many different experiences at the various Archives I have visited. These have ranged from small historical societies to bigger institutions like the Imperial War Museum and the University of Cambridge. Despite these varied experiences, my three visits to the RAF Museum Archives have been some of the best experiences I have had during my research period.

Between the wealth of information in the Museum exhibits are the knowledgeable staff willing to help with research questions. At the Museum’s Archives it is nearly impossible to leave without gaining some sort of new perspective on the topic one is researching. Although relatively short, my time spent at the Museum and its Archives have been some of the most interesting and fulfilling experiences of my research period so far. I hope to return to the RAF Museum for future research visits and to see how the Museum collections grow and develop.’ – Abby Whitlock

We would like to thank Abby for her complimentary feedback about our Reading Room. We are very proud that we not only hold a large amount of unique documents that reflect the history of the Royal Flying Corps and the RAF, but are also able to share it with such a dedicated audience.