A rare example of a Second World War Handley Page Hampden being restored at the Royal Air Force Museum Cosford is making huge steps forward. As one of the Museum’s longest running conservation projects, the aircraft has undergone a major transformation and for the first time since the mid-1940s you can see a complete fuselage section in the UK.

The aircraft now has all four fuselage components fully assembled, attached and painted in its original 144 Squadron colour scheme and serial number. It’s been a labour of love for one of the Museum’s skilled Aircraft Technicians who has built a large section of the aircraft from scratch using original Handley Page pre-production drawings from the late 1930s and where possible, measurements taken from the partial wreckage remaining from the original aircraft. And it won’t be long before aviation fans can catch a glimpse of the Hampden, as it goes on show during the Museum’s Conservation Centre Open Week taking place 12-18 November.

The Museum’s Hampden, serial number P1344, is one of only three examples of the type remaining and was recovered from a crash site in northern Russia in 1991 and acquired by the RAF Museum. The night it was shot down (5 September 1942), the aircraft was one of nine aircraft lost out of 32 that departed Sumburgh, Shetland Islands, heading to northern Russia to provide protection for the Arctic Convoys; a costly night in terms of both human and aircraft loss. Three crew members died, two survived and become prisoners of war and the aircraft suffered significant damage. The wreckage lay on the Kola Peninsula, Northern Russia undiscovered for almost half a century, but now the British twin-engine medium bomber of the Royal Air Force is being lovingly brought back to life. 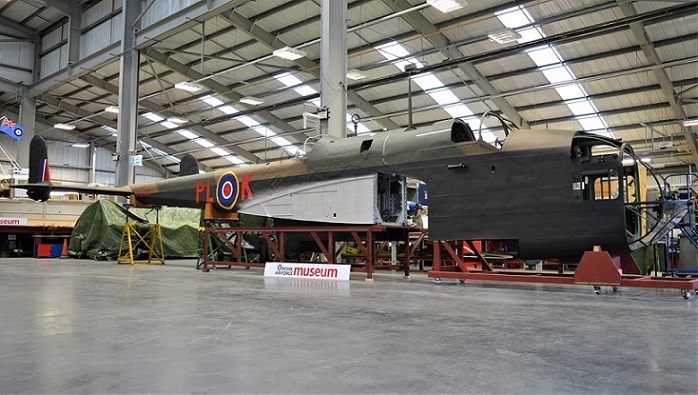 Since it was last viewed by the public some 12 months ago, restoration on the badly damaged airframe has progressed significantly and the unmistakable Hampden silhouette can now be seen. Damage to the tailboom was structurally too much to repair and a new tail was built in-house. Within the last few weeks this newly constructed section has been painted by the Museum’s Surface Finish Technician and attached to the original rear fuselage which still bears the marks of bullet holes from the night it was fatally shot down. Adding the tailplane, which is 30-40% original, and the newly constructed forward fuselage, the RAF Museum Cosford aircraft is one of only two Hampden’s worldwide, with the other on display in the Canadian Museum of Flight, Vancouver and a nose section in East Kirkby, UK. 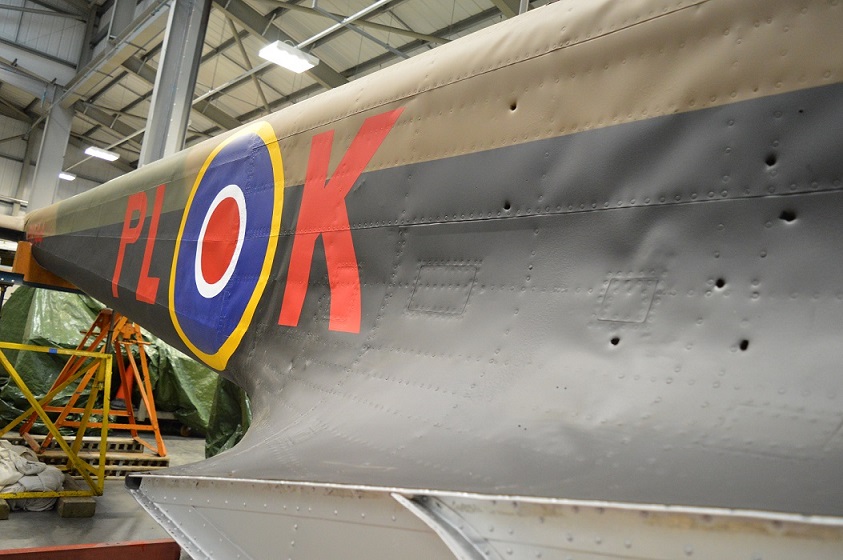 RAF Museum Conservation Centre Manager, Darren Priday said:
“We’re delighted with how the Hampden, a lesser known aircraft of the RAF inventory, is finally coming together after all these years. We are currently trying to source an original rear undercarriage and tail wheel, but if one can’t be found it will be replicated and made in the Centre. The aircraft has been populated internally with items from the Museum’s reserve collection and the next twelve months will see work commence on manufacturing flying control wires to enable the elevator and rudder to move as well as fabricating new bomb bay doors.

Hampden’s, along with Wellington’s, which we also have here at the Centre, bared the brunt of the early bombing campaign over Europe. They played a vital role in the RAF and our nation’s history and I’m confident this rare example will be warmly received by visitors at our Open Week next month.” 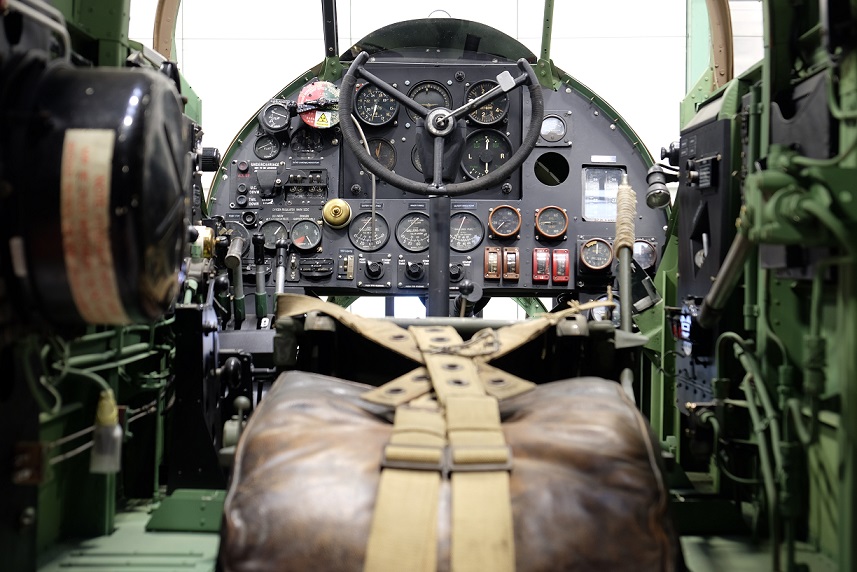 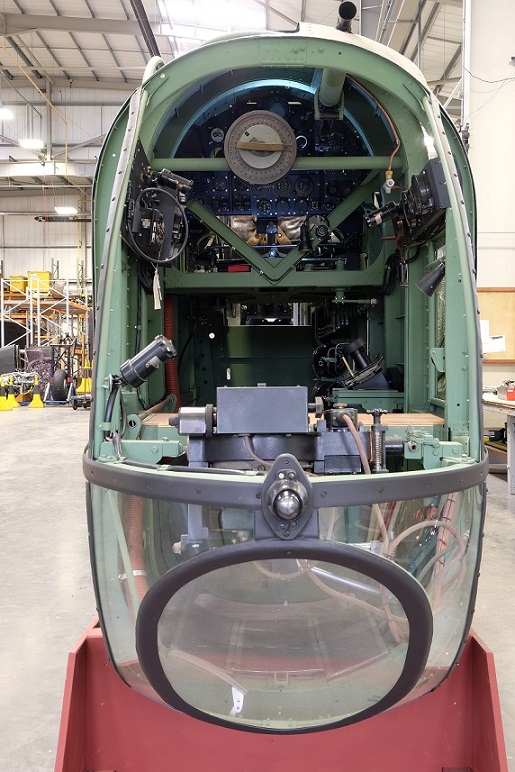 Aviation fans will be able to view the newly painted fuselage section from 12-18 November when the Michael Beetham Conservation Centre opens its doors to visitors, giving behind the scenes access to aircraft conservation projects and the chance to speak with the team who make them happen.

Other projects include the Westland Lysander, Vickers Wellington, Range Safety Launch, Dornier Do 17 and the First World War German LVG CVI aircraft will also be on display to visitors. Museum Technicians, Apprentices and Volunteers will be available throughout the week to speak with visitors about their work and answer any questions they may have.

The Conservation Centre will open from 12-18 November between 10.15am and 1.00pm each day and admission is £5.00 per person (children under 16 are free and must be accompanied by an adult). The Museum’s other hangars will be open from 10am until 4pm and entry to the Museum is free of charge. For further information, please visit the Museum’s website www.rafmuseum.org/cosford.

Visitors attending the Open Week on Saturday 17 November may also be interested in attending ‘The Glider Pilot Regiment and the RAF’ talk taking place at 2.00pm in the Museum’s Conference Room located in the Visitor Centre. Chaired by the Glider Pilot Regiment Society Chairperson, Jane Barkway-Harney, the talk will discuss the genesis of the Regiment, the selection and training of its volunteers, and the role the RAF played in preparing these Army soldiers to take to the skies. The talk will also focus on the 75th Anniversary of the Invasion of Sicily, the longest military glider tow in history and Operation Varsity – the largest single Airborne lift and final operation of the Glider Pilot Regiment during Second World War. This operation saw RAF crews seconded to the Glider Pilot Regiment as glider pilots to make up for previous losses. The talk will last approximately 1hr 15 minutes and costs £5 per person. Further details can be found on the Museum’s website.