Second World War Veteran Les Cherrington, a Volunteer at the Royal Air Force Museum Midlands will be celebrating a milestone birthday this week when he turns 100 years old!

To celebrate his big birthday, the Museum will host a special Birthday gathering for its team of staff and volunteers in early November, where Les will be the star of the show, cake included of course! As the Museum’s oldest volunteer, Les enjoys engaging with visitors and school groups, sharing his experiences of his time serving in the Army with the Staffordshire Yeomanry Queens Own Royal Regiment. 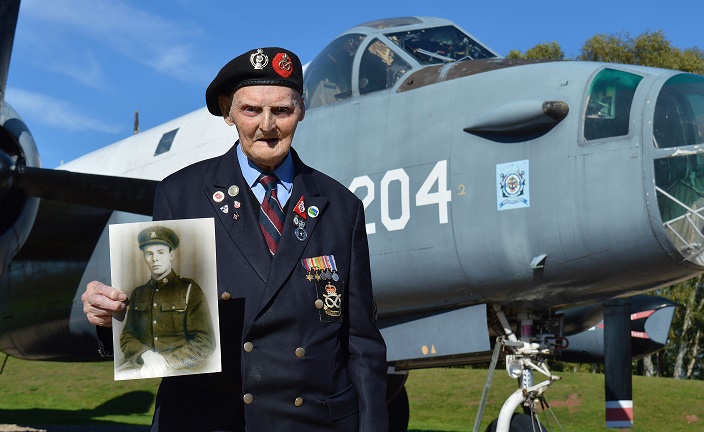 RAF Museum Midlands Volunteering Manager, Judith Karena said:
“On behalf of the Museum, we wish Les a very happy 100th Birthday! He’s an absolute delight and we are privileged he continues to visit us each week and share his truly remarkable experiences with our visitors of his time serving with the Army during the war. Working with Volunteer veterans like Les who tell their story is one of our most valuable assets and we would like to thank him for all that he does for us. We have a team of over 400 volunteers across our two sites who regularly give up their time to assist the Museum in a wide variety of roles, but Les is the first to reach 100!”

Local lad Les, from Shifnal, began his military career in June 1938 at a Yeomanry camp at Patshull Park, Wolverhampton, where he practiced using both sword and rifle while mounted. By September the following year, he was called for War Service, reporting to Drill Hall, Wolverhampton and then spent the first six months at Welbeck Abbey, Nottinghamshire.

He travelled to France and later sailed to Palestine, arriving in January 1940. Making their way through the regions along the Jordan valley and into Syria, his regiment became engaged in combat with the Vichy French Forces. By 1942 horses had been replaced by tanks and Les was sent to the western desert to fight Italian forces who were later joined by the German Afrika Korps. As the war in the desert began to build, the Staffs Yeomanry were transferred into the 7th Armoured Division where it’s exploits in the Western Desert Campaign gained it the ‘Desert Rats’ nickname. 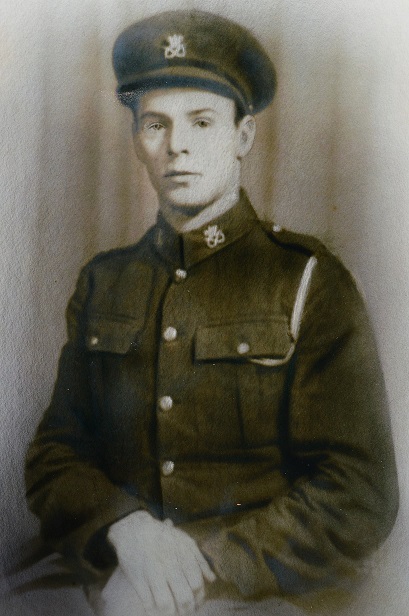 Les took part in the infamous outflanking manoeuvre through Tabega Gap, Tunisia in the Battle of the Mareth Line, where over 100 tanks from three regiments lined up to face the Afrika Korps who were armed with far superior weaponry. In one battle eight British tanks were knocked out by one enemy shell causing a fire to rage through the line of tanks. Les’s tank suffered a direct hit by an 88mm enemy gun capable of more rapid fire, the shell pierced the tank and exploded. Les was the only survivor.

After regaining consciousness to find the tank engulfed in flames and his left arm almost completely severed by shrapnel, Les was almost completely blinded from the effect of Cordite. With one arm, Les dragged himself up and through the open turret, slid down the front of the tank on his belly and was hit in the back by machine gunfire before landing on the ground. He crawled into a slit trench where he lay until the next morning when he was found by an Australian soldier.

After spending weeks in hospital abroad, Les returned to the UK in August 1943 and underwent a number of skin graft operations to his face and hand at the Barnsley Royal Military Hospital in Bromsgrove. These proved so painful that he refused to undergo any more operations to repair the burns on his ear and nose. Unable to continue in service, Les later went on to become a security policeman at RAF Cosford and later transferred to the M.O.D. Police Force and served for 40 years at various stations.

RAF Museum Volunteer and Veteran, Les Cherrington said:
“I’ve got many career highlights, my time in Palestine is one of them. I used to enjoy going out on patrol with the horses around the Arab villages searching for arms and ammunition. I was also a member of the Army Regimental boxing team during this period and I competed in 8 contests against other regiments before we were sent to the desert – we only won one though!

After my accident, I took some time to recover. Once I was back on my feet and feeling better I went back to the Regiment and I was looking forward to going to Normandy the following week, but when they did the medical assessment of my injuries they said my time was over. I was sad I couldn’t go and now I’m the only one from my Troop who is still alive.

I’ve been volunteering at the RAF Museum for three years. I met fellow Volunteer Arthur at a 1940’s do in Ironbridge. I saw the Desert Rat badge on his sleeve so I went over to him and said, ‘hello fellow Desert Rat’ and that’s how we got talking. He volunteered already and suggested that I joined him, so I did and now I come every week. I love talking to the school children and being in the company of Arthur and Denis.

Everyone asks me what’s the secret to enjoying life at 100 and I always say that I live an ordinary life. I do my crosswords every day and I’m a member of the Shifnal Male Voice Choir which I love. I’ve been involved with the Shifnal Carnival since 1950 and get to go on the float and dress up as King of the carnival every year! I take life as it comes, I’m not one for anything fancy, but I do enjoy a drop of whisky in my tea in a morning!”

Any members of the public who are interested in finding out more about Les’s story can do so each Tuesday in the Museum’s Visitor Centre when he’s joined by Volunteers Arthur Jones 92, ex-Army and Denis Thompson 93, ex-Royal Air Force.

More information about volunteering at the RAF Museum can be found here. Or anyone wanting to share their RAF story can now do so via the Museum’s RAF Stories project, a digital online collection of engaging, historical and contemporary stories of people’s personal connections to the RAF and the service’s influences on their lives. For more information visit click here. 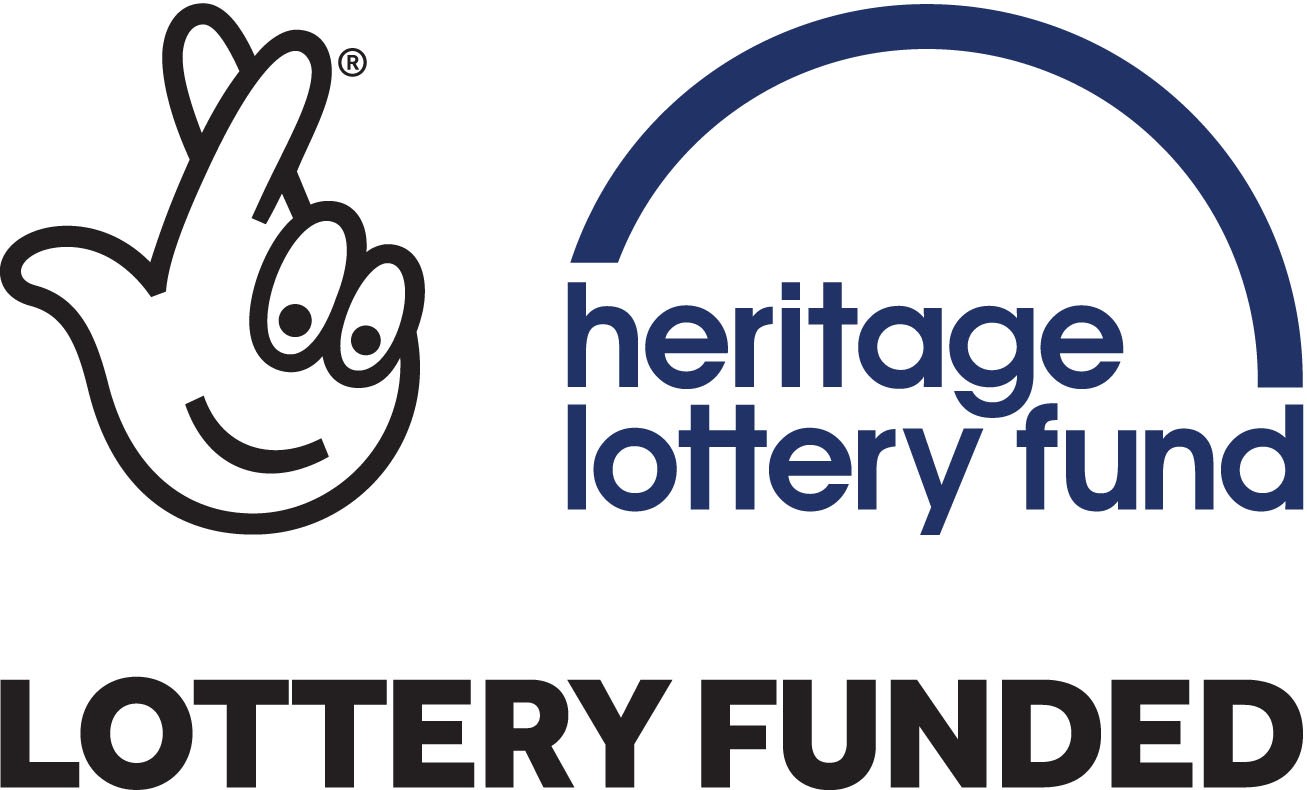