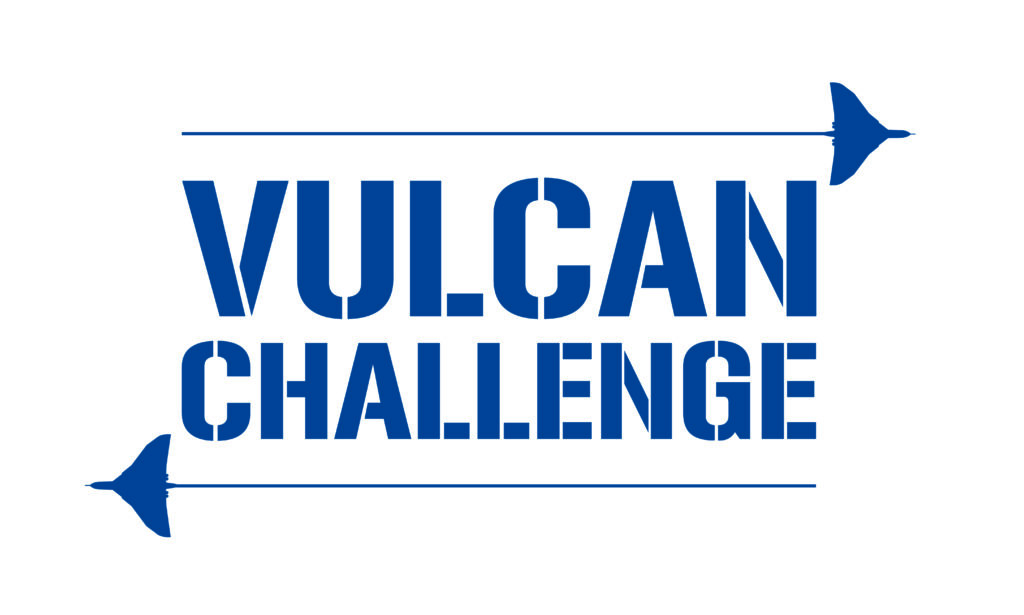 Get moving to keep us flying!

After the incredible success of the Hurricane 80K and the Lancaster Challenge, the RAF Museum is delighted to announce that we will be kicking off 2022 with the Vulcan Challenge.

Choose your distance and soar your way to 100km, 250km or 500km. Entries will open on the 14 January, so get the date in your diary and be ready to go. You will have 3 months to complete your chosen distance, as the Challenge closes on the 14 April.

Whether you decide to run, walk, cycle or swim your way to the virtual finish line we will be there to cheer you on. The best thing is, its virtual so you can take part anywhere in the world.

By entering the Vulcan Challenge, you are supporting the RAF Museum Charity and enabling us to share the stories of those who crewed and flew Vulcans.

The Vulcan was the second of the Royal Air Force’s ‘V bombers’ and like the Valiant and Victor provided part of Great Britain’s nuclear deterrent force for fifteen years. The prototype B1 first flew on 30 August 1952; four years later work began on an improved B2 design. The B2 made it possible to carry the Blue Steel nuclear stand-off bomb. In 1970, following their withdrawal from the nuclear deterrent, Vulcans switched to the conventional bomber role in support of NATO forces in Europe. The Vulcan’s range could be greatly increased by in-flight refuelling which was used to such good effect in the long-range attacks on the Falkland Islands from Ascension Island in 1982. The last Vulcans retired from operational service in 1984.

Find out more about the Vulcan here.

Tickets for the Vulcan Challenge will be available in January 2022. Once you bought your ticket, you can start clocking your kilometres.

Entry costs £20 per person* and all proceeds will go towards the RAF Museum (registered charity number 244708) to enable us to continue telling the story of the RAF and the thousands of service men and women who served in it.

There is no minimum age for this challenge – but we do recommend under 16’s are accompanied by an adult!

Souvenir t-shirts will be available to buy with your tickets. Watch this space for more details!

How does a virtual challenge work?

...sign up to our Museum newsletter, or join our Virtual Running community on Facebook to stay up to date.