Women of the Air Force

Over the last hundred years, the role of women within society has changed radically. This is particularly true in relation to Britain’s Armed Forces. 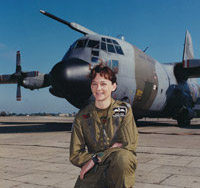 During wartime, vital support roles were undertaken so that men could be released for combat. Today, women are serving permanently in their own right.

War is a powerful catalyst for change. During the First and Second World Wars women serving with Britain’s Armed Forces contributed greatly to the country’s war effort and in doing so broke down social gender stereotypes. Given the opportunity and training they proved that women could successfully undertake male military roles under difficult circumstances. 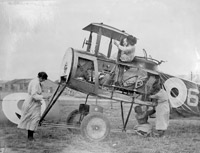 formed for war in 1939 was continued after the Second World War ended. It was re-formed as the WRAF, a permanent female peacetime force in 1949 and was fully integrated into the RAF in 1994. Today, complete integration has broken down the barriers further. For example, female aircrew including pilots now fly operationally in the RAF.