During the Second World War the Royal Air Force not only fought to defend the freedom and liberties of the British people but also helped to liberate people living in countries occupied by Germany, Italy and Japan.

The RAF and Commonwealth air forces fought for freedom in different ways. By defeating the Luftwaffe in 1940 Fighter Command forced Hitler to abandon plans for the invasion of Britain, while from 1942 Bomber Command seriously damaged Germany’s war effort by attacking its industry and communications. 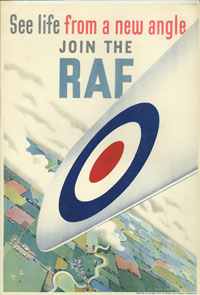 The RAF cooperated closely with the Army, and in June 1944 Allied air superiority made the Normandy invasion possible. Throughout the war Coastal Command ensured Britain’s survival by keeping its vital sea lanes open.

In occupied countries the RAF supported resistance groups and also mounted operations aimed to boost the morale of the captive populations. Thousands of European exiles joined the RAF and WAAF to continue the fight to liberate their homelands.

Though recruits to the air force were required to surrender some personal freedom on joining up, service life, for many, was a liberating experience.

Personnel were however often called upon to make great sacrifices. During the war some 120,000 British Commonwealth and Allied air force personnel lost their lives, while over 17,000 airmen became Prisoners of War.

This exhibition consists of material from the RAF Museum’s Archive Collection. 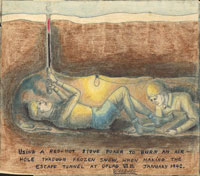 It shows some of the ways the RAF fought for freedom and liberty and highlights the impact of the service on the lives of the million men and women who wore its uniform.

Freedom and Liberty is this year’s theme for the Archive Awareness Campaign which aims to raise the profile of archives throughout the country.