In this Free Virtual Lecture, Guillermo Posadas, a former Major in the Argentine Air Force, discusses the IAI Dagger and its performance in combat during 1982. 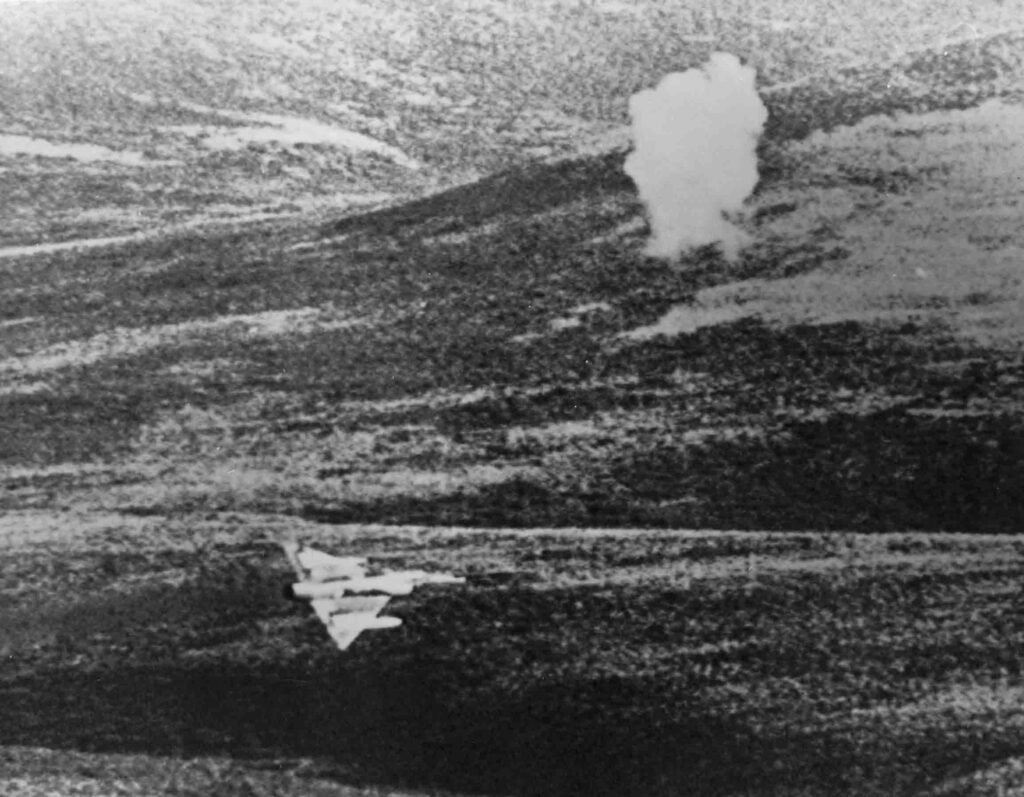 The first part of this talk will explore why the Argentine Air Force (AAF) decided to buy an interceptor plane to replace its old fighter planes and fighter bombers, why the Mirage III was selected and how the AAF sought to complement it with a fighter-bomber plane like the Mirage 5 IAI “Dagger”. The most important characteristics of the Dagger will be discussed, along with the number of planes purchased, the date of incorporation into the Argentine Air Force of the different batches of Dagger, its different deployment bases, and the number of squadrons.

The second part of this talk will deal with the performance of the Dagger in the South Atlantic conflict, the bases of operations in the Argentine Patagonia, the configuration of weapons used in the aircraft, the combat tactics used, description of an attack and a summary of achievements and losses.

This virtual lecture will be held on the Museum’s Crowdcast Channel on Thursday 7 April at 6PM.

Major of the Argentine Air Force Guillermo Posadas was born in Buenos Aires in 1945. During his career Guillermo was a Technical Officer, specialist in Jet and Turboshaft’s engines, Helicopters, and combat aircraft; and a Flight Engineer of helicopters and airplanes, including the Mirage 5 “Dagger”. In 1978 Guillermo attended the Dagger airplane course in Israel and, in 1980, he was Commissioned to Israel for the purpose of receiving a new series of 13 Mirage 5 “Dagger” aircraft.

In 1982, during the South Atlantic Conflict, he served as Chief of Maintenance for the II Dagger Squadron. In 1990, Guillermo received the Medal awarded to the combatants by the Honorable Congress of the Nation.

He is the author or co-author of several books on the participation of the Argentine Air Force in the Falklands/Malvinas War and on issues of military aeronautics.