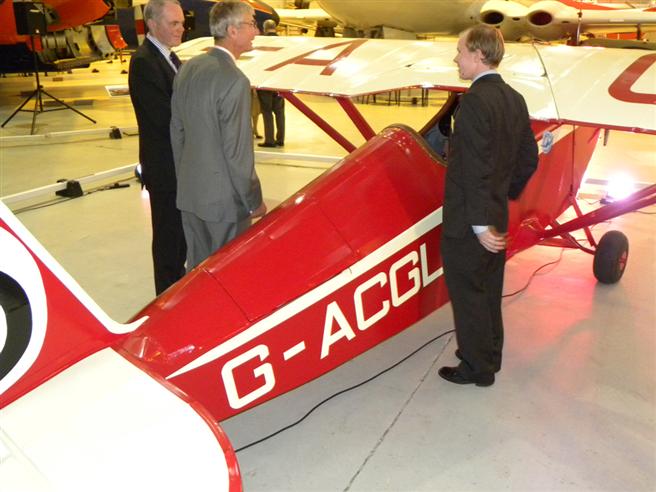 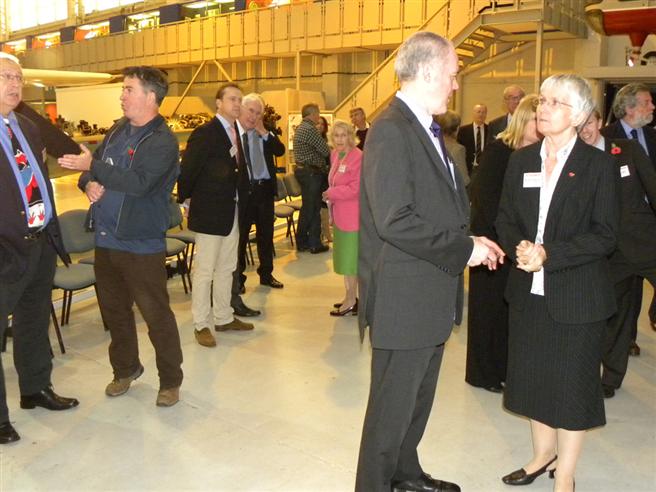 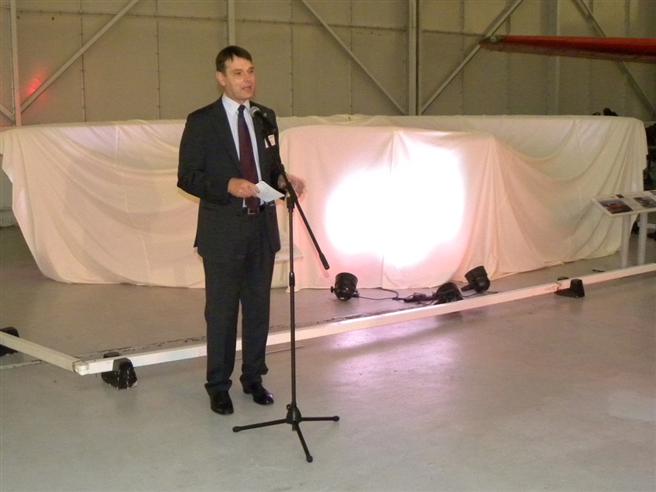 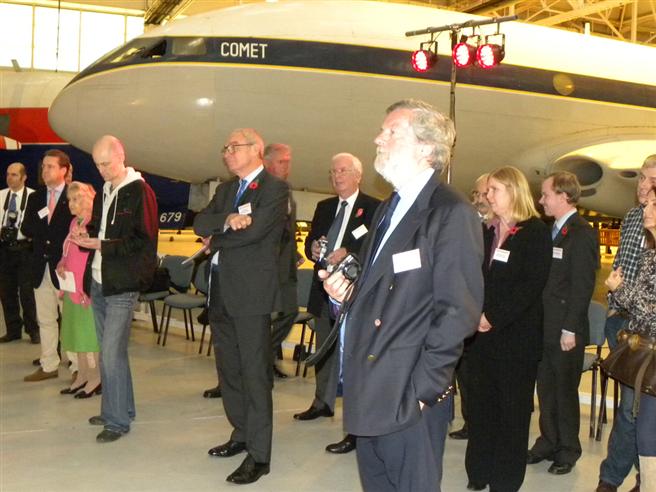 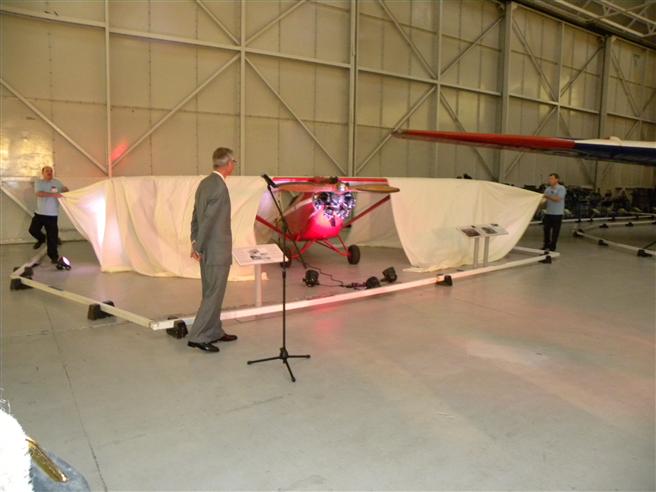 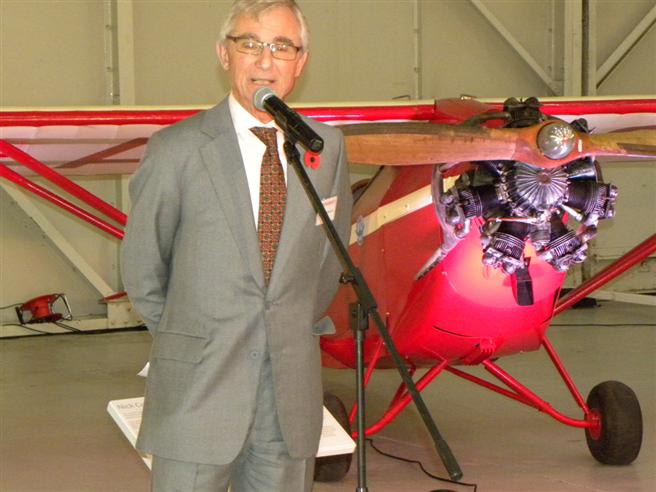 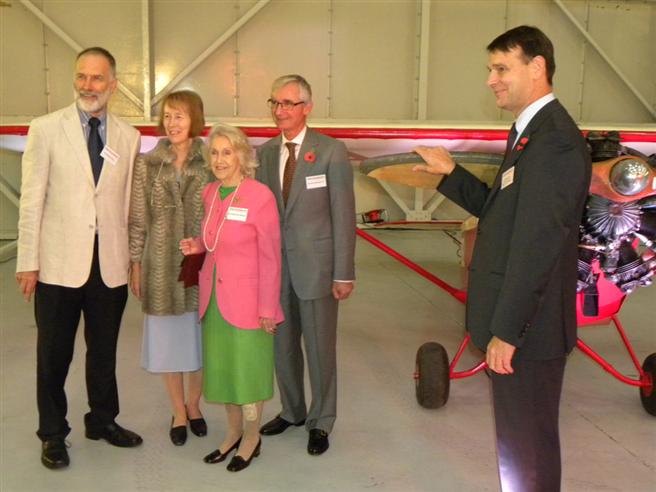 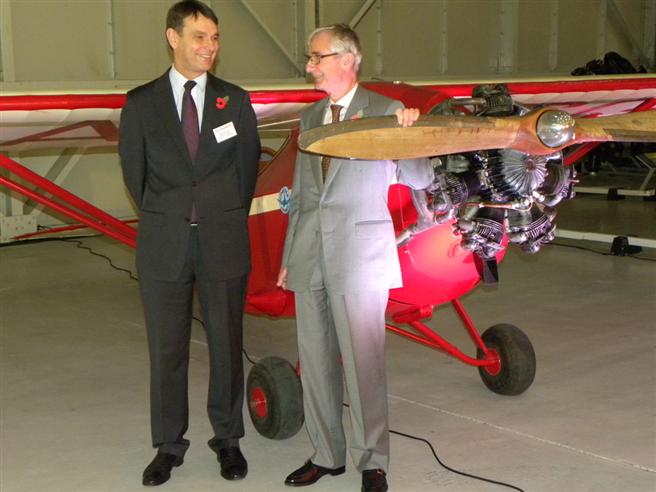 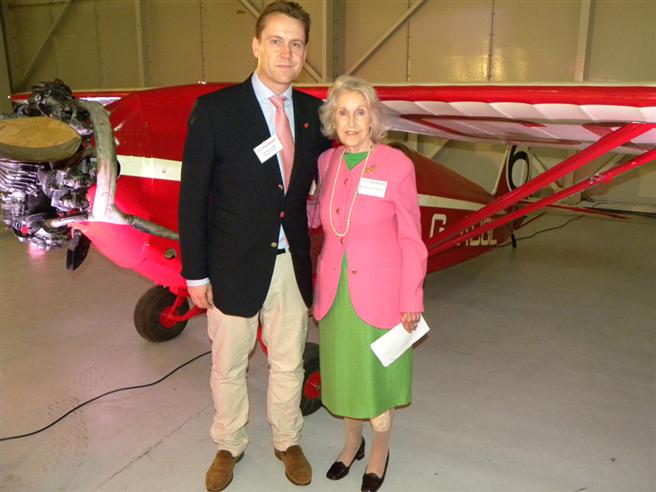 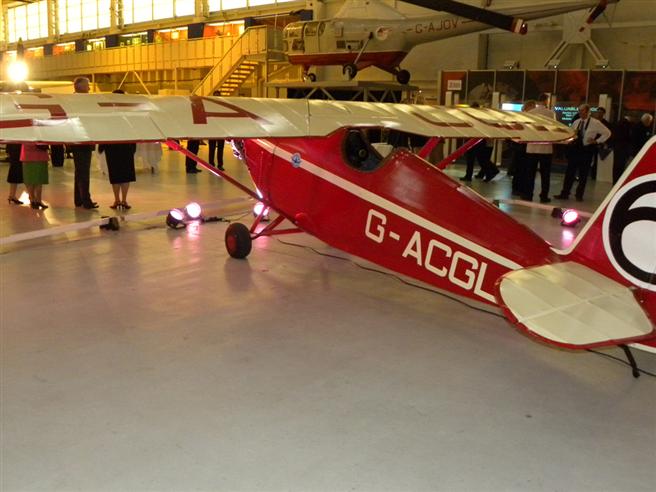 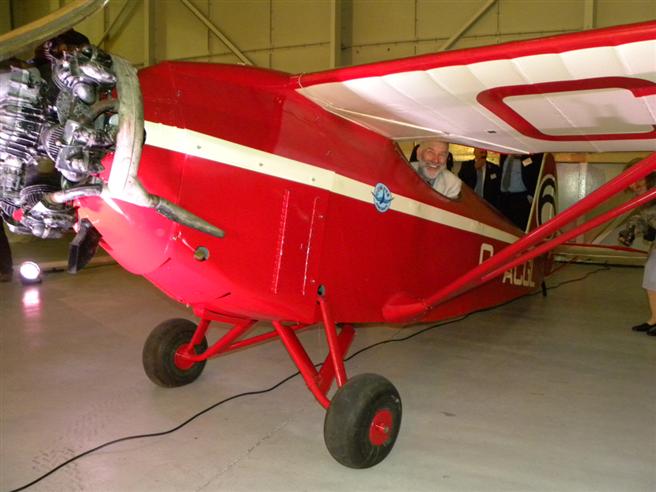 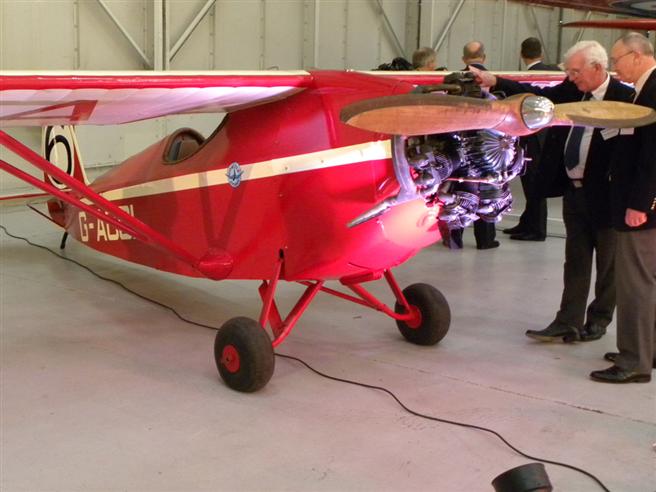 This unusual aircraft was unveiled at a reception in November 2011. It was restored in part, by the generosity of the son of the former owner, Alex Henshaw. It has a significant race history and portrays the very successful exploits of the Cranwell Light Aircraft Club whose members included Nicholas Comper and Frank Whittle, in a very tangible fashion.