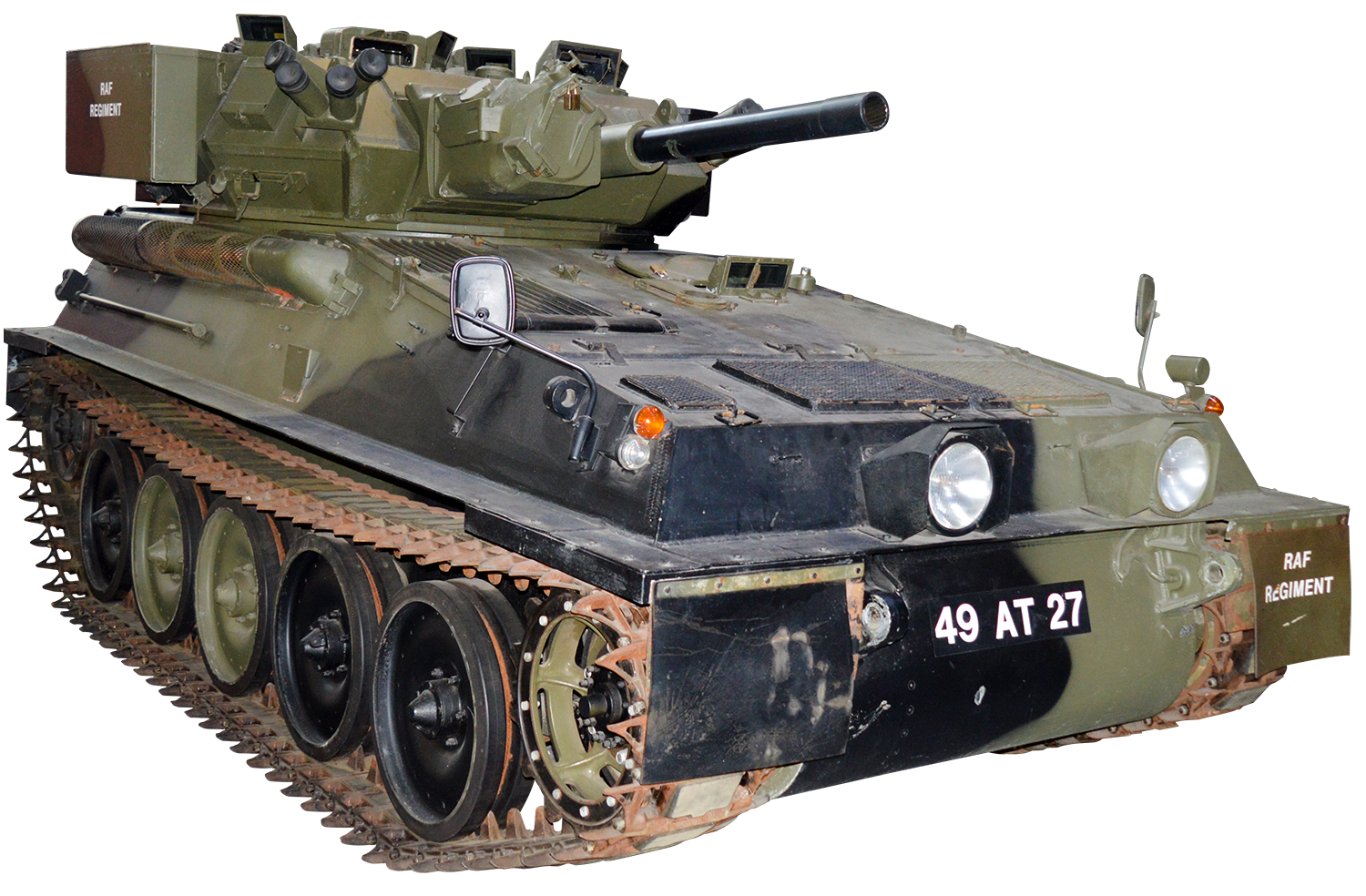 This armoured close reconnaissance vehicle is part of a family of tracked light armoured vehicles built for the British Army during the 1970s. The RAF Regiment used their vehicles as light tanks in direct support of the Combat Flights of the Light Armoured Squadrons. The Scorpion saw active service with the British Army during the Falklands Conflict and 1991 Gulf War.