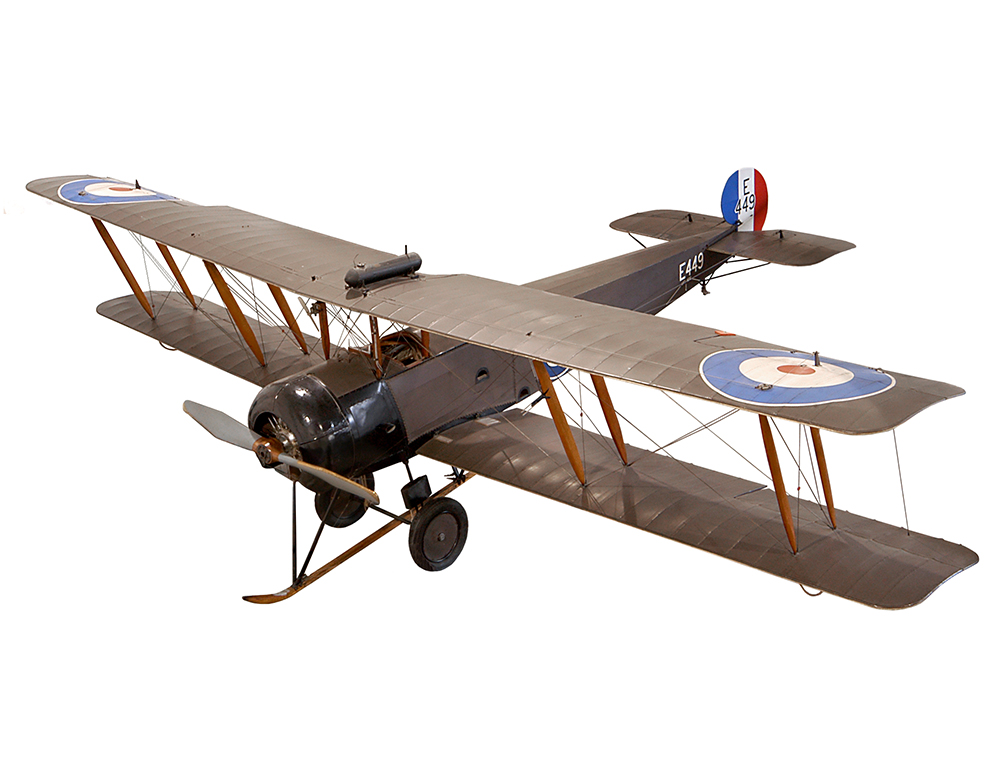 The Avro 504k is one of the greatest training aircraft ever built. It was used to equip training units first in the Royal Flying Corps and later the Royal Air Force.

Developed from the original Avro 504 of 1913, the 504k differed from the earlier training variants by having modified engine bearers which allowed it to be fitted with a variety of rotary engines. Interchangeability was necessary due to shortage of certain types of engine and provided a welcome flexibility for the hard pressed trainer units.

Pilots were trained on the 504k and the Avro 504J, using Major Smith Barry’s methods of systematic flying instruction which developed at the school of Special Flying at Gosport during World War One. This training method has provided the basis for virtually all primary flying instruction given throughout the world since then.

More than 8000 were built during the war by A.V. Roe and sub-contractors such as Grahame-White Aviation at Hendon.

Although always known as a training aircraft Avro 504k’s were also used as a emergency home defence fighter operating against German aircraft raiders. After the war surplus 504k’s were used by civilian flying schools and barnstorming companies.