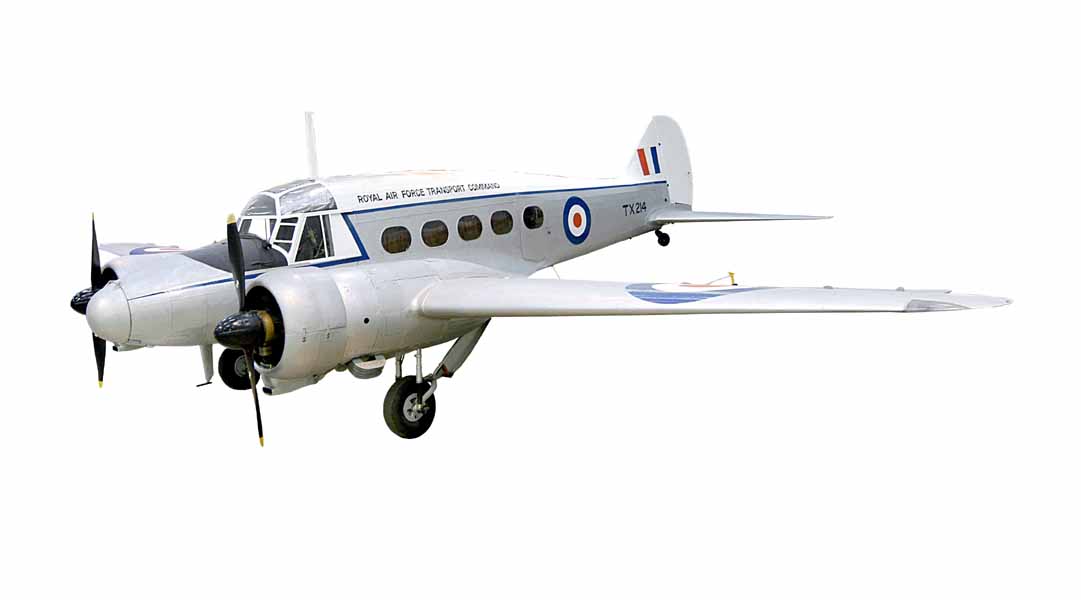 Starting life in the RAF in 1936 as a Coastal Command reconnaissance and attack aircraft, the Anson was primarily used on light transport and training duties. The Anson was designed in May 1934 to fulfil a coastal reconnaissance requirement.

The first prototype flew on 24 March 1935 and subsequently 174 of the type were ordered. The Anson became the first aircraft in RAF service to have a retractable undercarriage. Despite being obsolescent, it remained in Coastal Command service until 1942.

A trainer version had been developed in parallel and 1500 of these were ordered into production in 1939. They were used to train pilots, navigators, wireless operators and air gunners.

The type was selected for production in Canada and to conserve vital materials, a MkV version was built using a moulded plywood fuselage and 1051 of this type were produced in Canada, as well as 1832 of the conventionally constructed version.

Later Ansons, some with metal wing structure, were used as light transports and were in production up until 1947, by which time a total 11020 Ansons had been built in the UK and Canada.

They remained in service until 28 June 1968 when the six surviving RAF aircraft were withdrawn.

British European Airways (BEA) inherited thirteen Avro XIXs during 1947 and used them on some of their Northern Ireland routes. It was not considered a good passenger aircraft due to its excessive noise and vibration and it was phased out the following year. Four were retained for training purposes at Cranfield and eventually they were moved to Northolt where they were withdrawn in 1950.