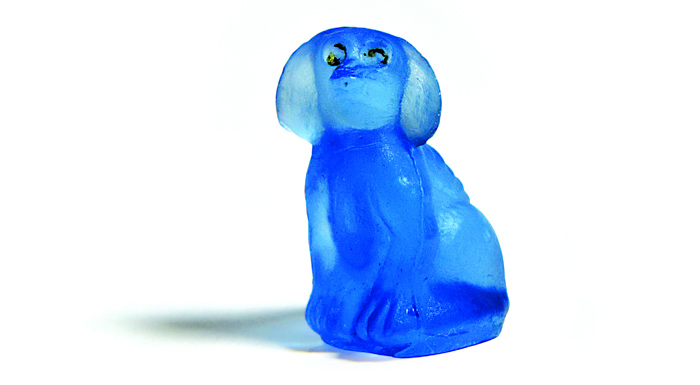 This tiny glass mascot belonged to Manfred von Richthofen – the Red Baron. He owned a Great Dane called Moritz who he described as ‘the most beautiful being in all creation’.
The Red Baron was the most successful Ace of the First World War with 80 aerial victories. On 21 April 1918, he was engaged in combat against Sopwith Camels of No. 209 Squadron when he was shot and killed by ground fire. Such was his fame that, when his aircraft came down in Allied lines, it was plundered for souvenirs.

The mascot is on loan from Baron Donat von Richthofen and is on display in our The First World War in the Air 1914–1918 exhibition in Hangar 2.