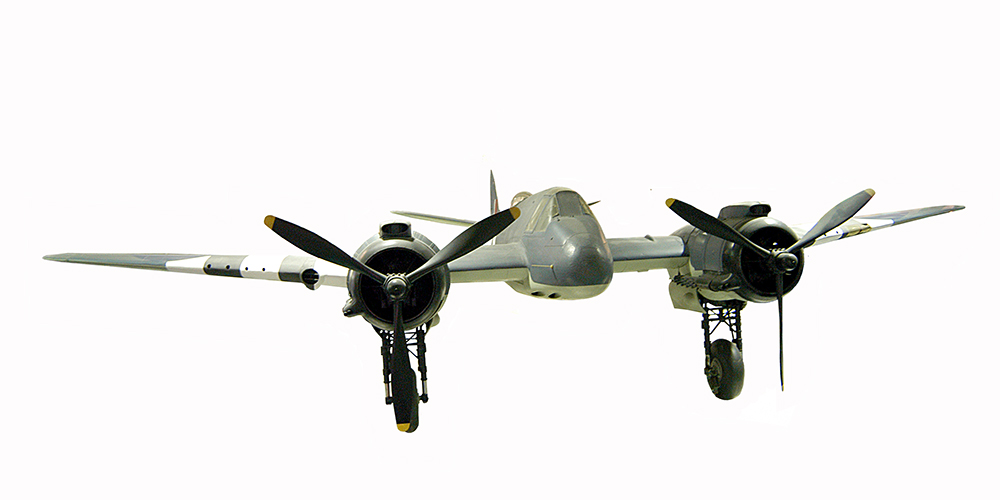 The prototype flew on 17 July 1939 and the first production Beaufighters were delivered to the Royal Air Force in the following April. The type was the first high performance night fighter equipped with airborne interception radar and successfully operated against the German night raids in the winter of 1940-1941. Later the Beaufighter was introduced into Coastal Command as a strike fighter. Its original formidable gun armament was retained but rockets and torpedoes were added giving it an even greater fire power.

Not only did the Beaufighter operate with distinction in North West Europe but also a considerable reputation was earned in the Middle and Far East.

5562 Beaufighters had been produced by the time the last one was delivered in September 1945 and fifty-two operational Royal Air Force squadrons had been equipped with the type.

After its withdrawal from operational use many Beaufighters were converted to target tug duties and in fact the last flight of the type in Royal Air Force service took place on 17 May 1960 when a TT10 made a final target towing flight from Seletar.