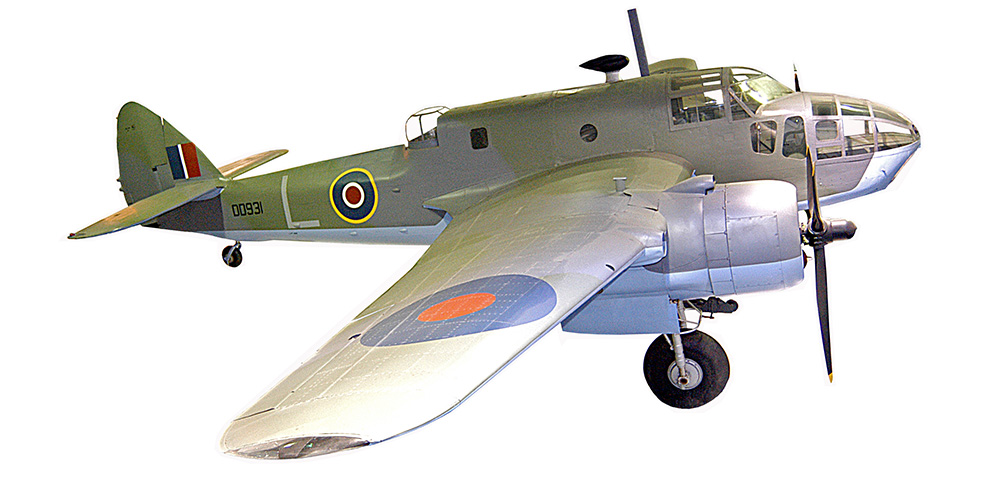 The Bristol Beaufort was the only monoplane produced for the Royal Air Force that was designed from the start to satisfy the dual role of general reconnaissance and torpedo bomber.

The prototype flew for the first time on 15 October 1938 and Beauforts entered service with No.22 Squadron in November 1939, remaining Coastal Command’s standard torpedo bomber until 1943.

The Beaufort operated very successfully as a torpedo bomber, but also carried out the essential role of mine layer. In the spring of 1940 they began dropping magnetic mines in enemy coastal waters and continued to do so until mid-1943.

While operating in Coastal Command, Beauforts saw action over the North Sea, the English Channel and the Atlantic. In 1942, all Beaufort squadrons were deployed to the Mediterranean and the Indian Ocean to meet a changing enemy threat. Malta-based aircraft were particularly successful in attacks on Axis shipping at a critical time in the war in North Africa.

Total Beaufort production was 1380, including 700 built in Australia.