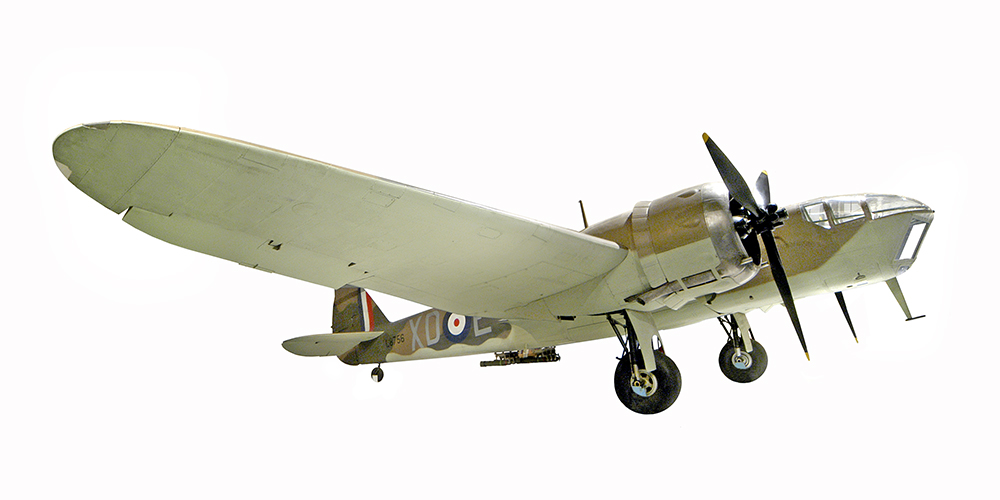 As the Allied Ground and Air Forces faced defeat in May 1940 the RAF had to use its light bomber force in desperate daylight raids against German army bridgeheads in France and the Low Countries. The Blenheim Ivs and Fairey Battles used in these attacks suffered crippling losses. In fact no higher loss, in operations of a similar size, has ever been suffered by the Royal Air Force.

The Blenheim IV, with its redesigned and longer nose, superseded the Blenheim I on the production lines in 1938. The original short nose Blenheim I had been developed from a civil aircraft and was one of the first new high performance monoplanes ordered under RAF Expansion Plans.

After the fighting in France was over Coastal and Bomber Command Blenheim Ivs began day and night attacks against German occupied ports and installations in frantic attempts to disrupt their invasion plans. These attacks continued through into 1941 and on 4 July Wg Cdr H.I. Edwards was awarded the Victoria Cross for his part in a daylight bombing attack on Bremen while flying a Blenheim IV.

A number of night fighter conversions were made from early Blenheim Is and later Blenheim IVs but their lack of speed precluded any great success.