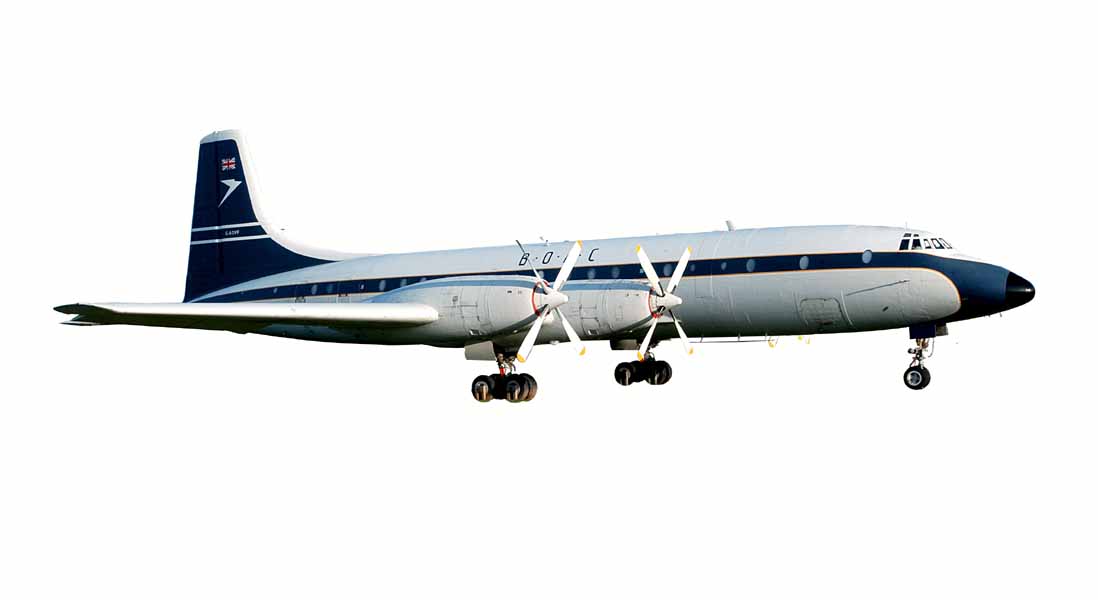 Designed to a 1947 specification for a medium-range airliner for the British Overseas Airways Corporation, the Britannia prototype made its first flight on 16 August 1952. A long-range version, the Series 300 as pictured, was developed for trans-Atlantic service and entered service on the London-New York route on 19 December 1957.

85 Britannias were built and the RAF used twenty-three as long range troop and freight transports. Despite initial setbacks, Bristol’s ‘Whispering Giant’ proved itself a successful airliner with its speed, comfort and lack of vibration putting it ahead of its competitors. When BOAC retired the Britannia in 1964, it became the mainstay of the independent sector and saw widespread use for cargo work.

G-AOVF was built for BOAC and first flew on 18 December 1957. The highlight of its career was its use by HRH Princess Margaret on a tour of the West Indies in 1958. G-AOVF flew into Cosford from Southend on 31 May 1984.