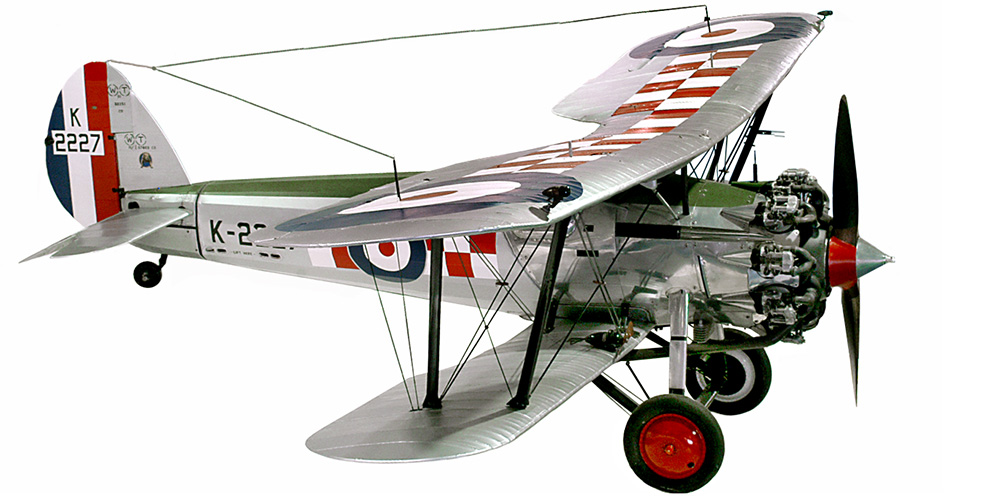 The Bristol Bulldog was the RAF fighter of the early 1930s. Air show crowds thrilled to its smoke-trail aerobatics at Hendon in the late twenties; to the Royal Air Force it was the standard fighter, equipping ten of its thirteen home defence Squadrons.

In 1964, this aircraft crashed at the Farnborough Air Show and the aviation world thought the aircraft was beyond recovery. The RAF Museum, however, recovered the wreckage and in 1994 finally was able to place the contract to rebuild this aviation classic. After over five years painstaking work you can now see the result of one of the most complete restoration programmes yet attempted by the RAF Museum.