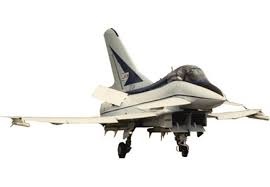 The British Aerospace Experimental Aircraft Programme (EAP) was built as an advanced technology demonstrator. Originally it was to be a tri-national undertaking but both German and Italian Governments pulled out of the project. British Aerospace with help from Italian and German suppliers continued the programme alone.

EAP is fitted with computer controls screens replace dials in the cockpit and it features an unusual delta-canard configuration. It was rolled out in April 1986 and made its first flight later that year. In 1987 it made its 100th flight at the Paris Air Show.

The programme was a huge success and many of the features pioneered by EAP including the wing layout were later refined for the Eurofighter Typhoon. Having made its last flight in 1991 the aircraft spent time at Loughborough University as a training aid before coming to the RAF Museum in 2012.

Only one EAP aircraft was ever built.