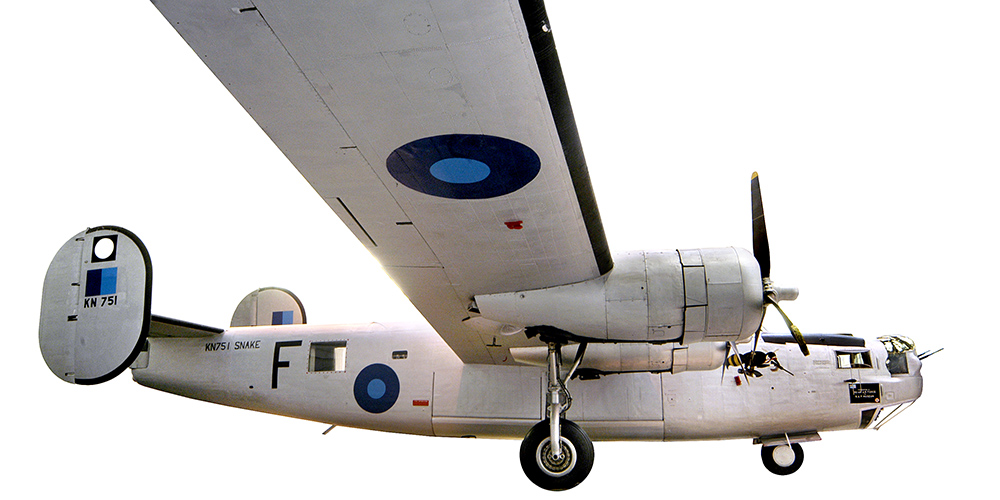 Although often overshadowed by the B-17 Flying Fortress, the B-24 Liberator was built in greater numbers than any other US military aircraft and served with distinction in both war and peace. The first B-24 Liberator made its maiden flight on 29 December 1939.

Designed by the Consolidated Aircraft Corporation to rival the Boeing B-17, the type proved an outstanding success, with 18,500 aircraft being built by Consolidated, Douglas, North American and Ford between 1940 and 1945.

1,900 B-24s were supplied to the Royal Air Force. Liberators were used by RAF bomber squadrons in the Middle East, and from January 1944 became the principal RAF strategic bomber in the Far East. Liberators were also deployed by RAF Coastal Command, playing a key role in the war against Germany’s submarine fleet. Liberators also saw service as transports; indeed, (AL504 Commando) became the personal aircraft of Prime Minister Winston Churchill for a short time.

Liberators continued in use until December 1968 when the Indian Air Force retired its former RAF machines.

Six from the first batch for the UK were directed to British Overseas Airways Corporation (BOAC) for use in the North Atlantic Return Ferry Service. During the Second World War, Captain DCT Bennett known as Pathfinder Bennett, flew the first crossing on 14 May 1941 taking 14.5 hours. The thousandth crossing of the Atlantic took place in September 1944.