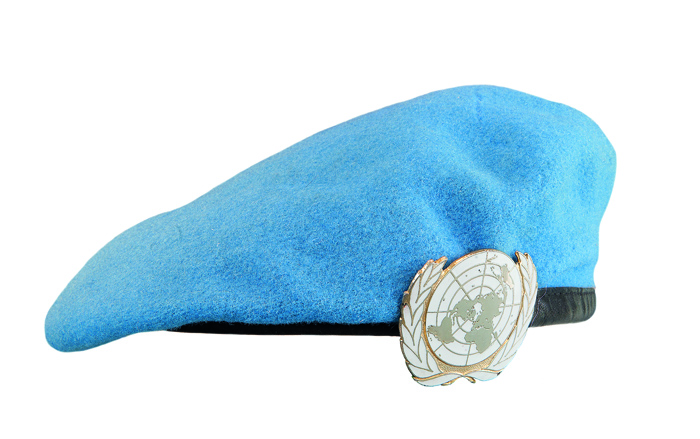 Cliff Moon joined the RAF aged 16 and trained as a Survival Equipment Fitter, known in the service as a Squipper. During the 1991 Gulf War, Cliff helped set up the nuclear-biological-chemical (NBC) protection and decontamination facilities at Dharhan in Saudi Arabia. He also deployed to Ploce in Croatia as part of the United Nations peacekeeping force and undertook tours in Northern Ireland and Saudi Arabia where he supported no-fly zone operations over Southern Iraq.
‘It was a great honour really, to be given a United Nations beret … [to] go out there and protect people.’

The beret is on display in our RAF in an Age of Uncertainty exhibition in Hangar 6.