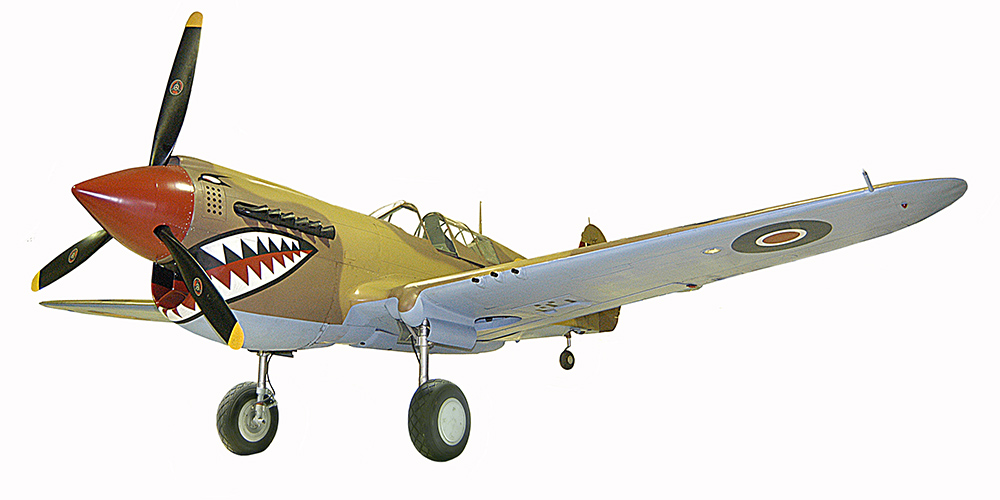 The Kittyhawk was the final development of the monoplane Curtiss Hawk fighters and during World War Two provided the RAF with valuable reinforcements in the Middle East at a time when British resources were overstretched.

Over three-thousand Kittyhawks were delivered to Commonwealth Air Forces. First introduced into service in January 1942 a conversion programme began six months later to allow them to carry bombs.

The Royal Air Force continued to operate Kittyhawks in Italy until the summer of 1944 when they were finally replaced with North American Mustangs.

Known as the Warhawk in United States Service the British re-named the early P-40A, B, and C models Tomahawks. In an effort to continue production the manufacturers fitted a more powerful Allison engine into a re-designed cowling and concentrated the gun armament in the wings; the resulting P-40D Warhawk was renamed Kittyhawk I by the British.

Curtiss continued a policy of progressive development and the final production version, the P-40N, appeared after an extensive programme of structural weight saving to provide a higher performance. Known as the Kittyhawk IV in RAF service the aircraft also featured a lengthened fuselage and redesigned canopy.