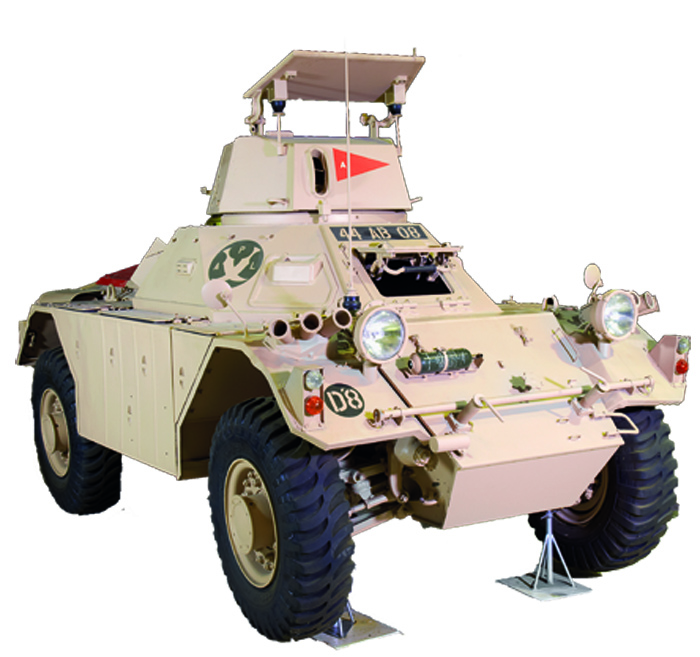 The Ferret was used in most parts of world, proving to be particularly popular as it was very easy to maintain in combat conditions. The RAF first used the armoured car in the Radfan area of Aden near Yemen during operations in the 1960s. Later the Ferret was used by the RAF Regiment to protect Harrier sites.
This example was restored at RAF Northolt using parts from several vehicles.