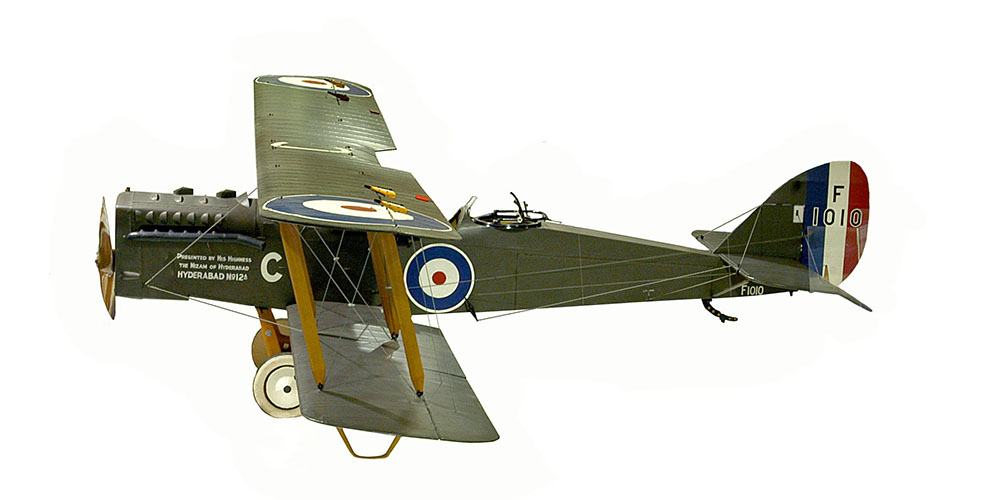 The de Havilland DH9A, known as the ‘Ninak’, was developed as a medium bomber. It was produced in 1918 and saw limited service in World War One before going on to form the backbone of the Royal Air Force’s post-war colonial bombing force.

In marked contrast with its predecessor, the DH9, the DH9A gained an enviable reputation for reliability. Although nominally a conversion of the earlier aircraft, to take a more reliable American engine, the new DH9A was in fact a complete re-design. By the end of 1918 nearly nine-hundred had been built.

Construction not only continued in Great Britain but the type went into unlicensed production in Russia for the Red Air Force. In America, where nearly 4000 had been ordered during the war, only small numbers were in fact produced before outstanding contracts were cancelled following the November 1918 Armistice.

The DH9A saw extensive service after the war, in Iraq and on the North West Frontier of India, in an aerial policing role effectively reducing the need for large numbers of ground troops. Due to the nature of these operations, it was extremely dangerous to make forced landings in hostile territory and, to assist the crews, DH9As carried spare wheels, bedding, emergency rations and a water supply.