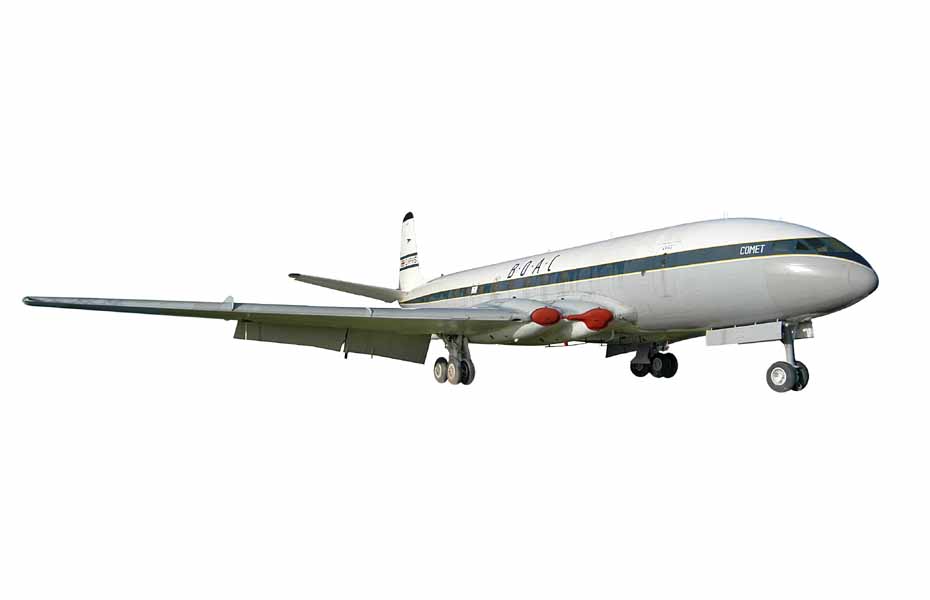 The first flight of the Comet, the world’s first jet powered airliner, took place on 27 July 1949. With a cruising speed of 725kph (450mph) and a range of 4024 km (2500 miles), the prototype established many records on long distance flights. With jet engines and a pressurised cabin, it offered unprecedented levels of comfort and speed for the 36-40 passengers.Unfortunately several disasters were to befall the Comet; in 1952 and 1953 there were take-off accidents and a Comet broke up in a violent storm over India.On 10 January 1954 the first production Comet crashed into the Mediterranean whilst en route from Rome to London. This was closely followed by a similar incident involving a Comet en route from Rome to Johannesburg resulting in withdrawal of the Certificate of Airworthiness. The cause was found to be fatigue failure of the pressure cabin.After further development of the type the Comet 4 was used as an RAF transport aircraft and formed the basis of the design which later became the Nimrod of which an example can also be seen at Cosford.”