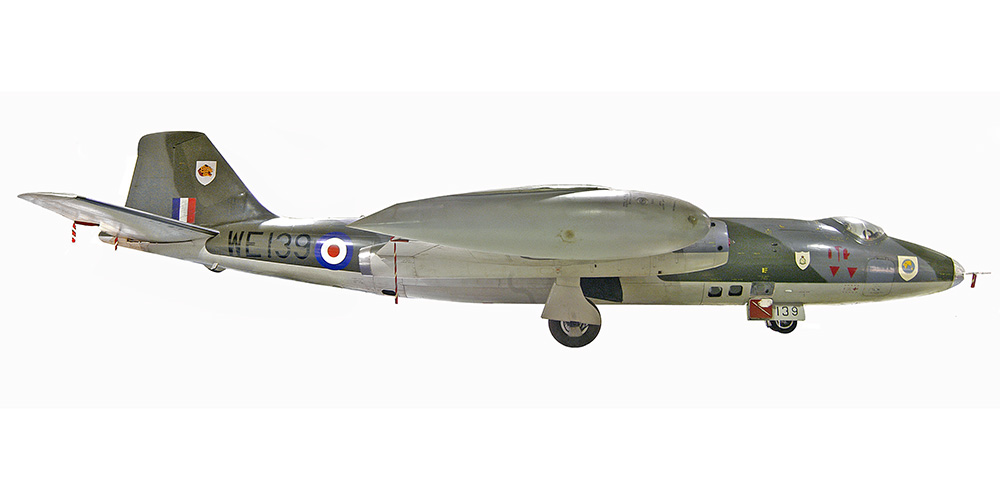 The Canberra long-range, photo-reconnaissance aircraft was one of several versions of the Canberra bomber, one of the success stories of the post-war British aircraft industry. Many British-built aircraft were exported and production also took place under licence in the United States of America and Australia.

The Canberra was the first jet-powered bomber to enter service with the Royal Air Force. It was unarmed and relied on high speed to escape enemy fighters.

As the Cold War deepened in the early 1950s the Canberra was ordered in large numbers to replace the obsolete Avro Lincolns and to form new light bomber squadrons. To meet the demand it was built by Avro, Handley Page and Short Bros as well as the parent firm English Electric.

With the bomber version firmly established in service the Royal Air Force began to consider the Canberra as replacement for its aging photo-reconnaissance Mosquito aircraft.

Worldwide production of Canberras totalled 1,352 aircraft. 925 of these were built in the United Kingdom with 782 being supplied to the Royal Air Force