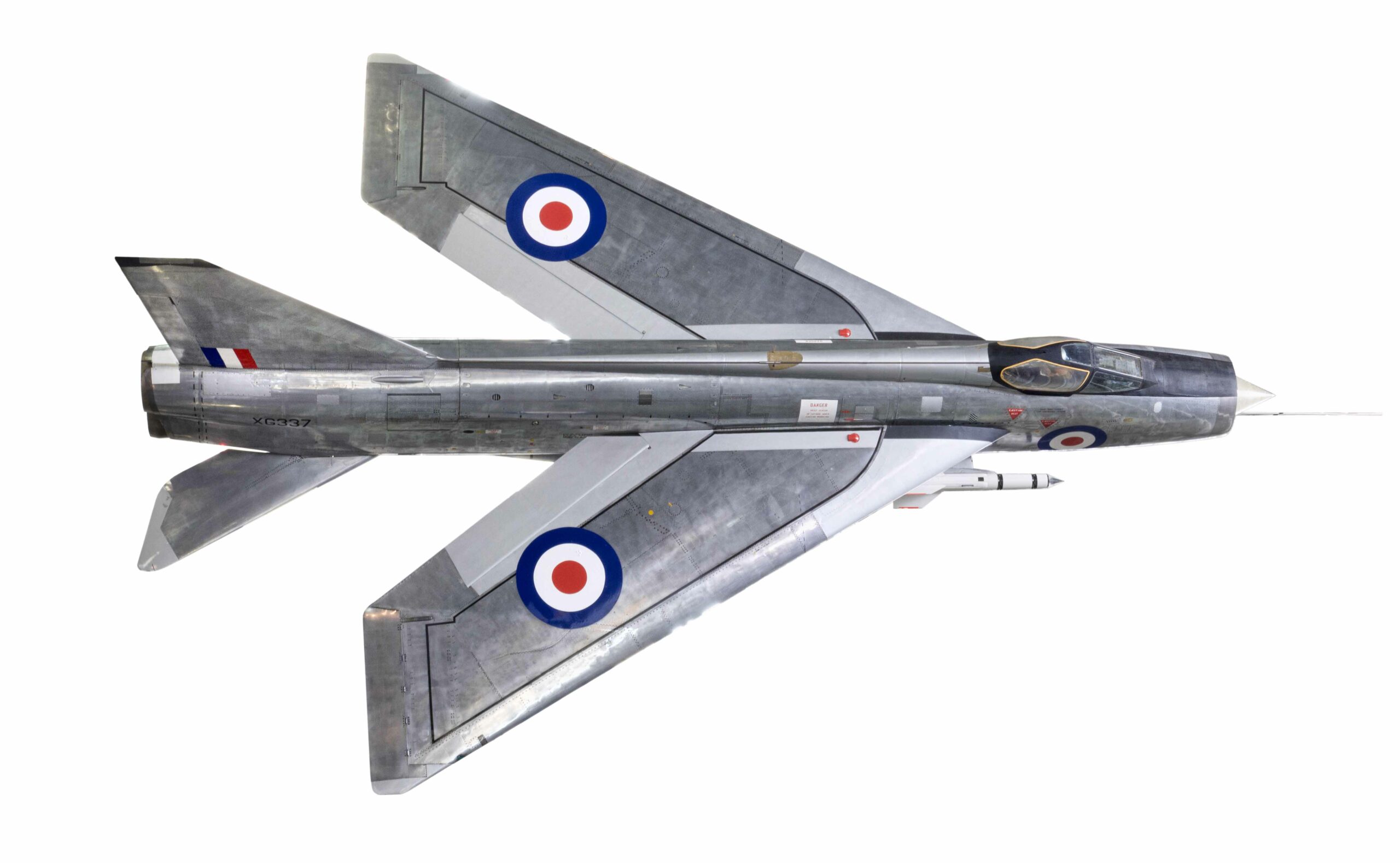 Following the successful demonstration of supersonic flight by the two P1 research aircraft WG760 and WG763, English Electric was contracted to develop the P1B fighter aircraft. It was known as the Lightning and was capable of supersonic interceptions of enemy aircraft; it remained in front line service for nearly three decades.

The first P1B Lightning flew on 4 April 1957, the day the Government published a White Paper forecasting the end of manned aircraft and their replacement with missiles. As a result, several British military aircraft projects were cancelled, but the Lightning survived.

It was designed so that its armaments, radar and radio aids were integrated into the aircraft’s flight and engine systems. The equipment; long range radar to find enemy aircraft by day and night and in all weathers, radio and navigational aids for operations under the worst conditions, and a dual armament of guided missiles and 30mm Aden cannon, were all as important as the aircraft’s manoeuvrability and supersonic speed.

Three P1B prototypes were ordered, they were followed almost immediately with an order for 20 fully equipped pre-production aircraft of which XG337 was the last. Each was used to develop particular facets of supersonic fighter interception. Hence the clearance of the production version for use by the RAF was quickly achieved and aircraft were able to go into immediate front line service as defence against Soviet bombers and fighters threatening the NATO alliance.