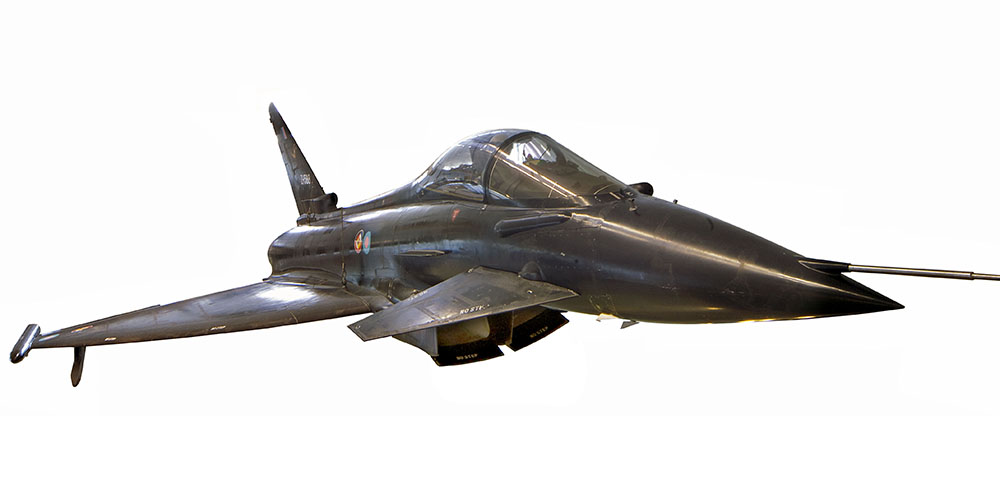 This is the most modern aircraft in the RAF and can fly at more than twice the speed of sound. The UK, Germany and Italy worked together to develop the many advanced features of this state-of-the-art machine.

The Eurofighter Typhoon is a key part of the Royal Air Force’s equipment in the 21st century. It is a ‘swing role’ aircraft in that it can operate as fighter and, in due course as the design evolves, as a bomber and a ground attack aircraft. The Eurofighter also builds on a long history of British multi-role fighters and other European collaborative projects.
What makes this a Milestone Aircraft?

The Typhoon is cutting edge technology and built by a consortium of European countries. It represents a vision of the future.