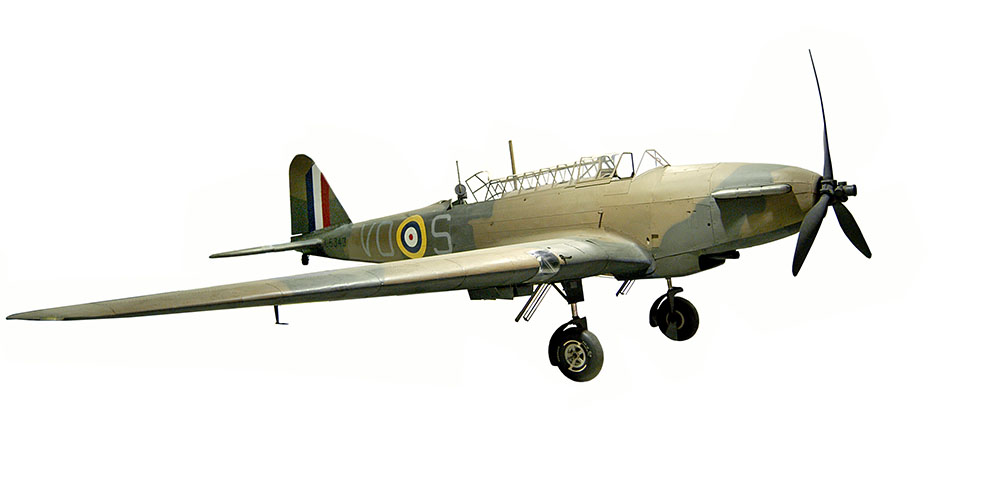 Although lacking speed and defensive armament and therefore totally unsuitable for unescorted daylight operations the Battle will always be remembered for the heroic attacks on the bridges at Maastricht and Sedan following the German invasion in May 1940.

The Fairey Battle was one of the most promising aircraft chosen for the rapidly expanding RAF in the 1930s. When introduced into service in 1937 it could carry twice as many bombs over twice the distance as the Hawker Hart and Hind bombers it replaced.

By 1939 it was obsolescent but due to the lack of more modern types it remained in front line service. Battles of No.226 Squadron were the first RAF aircraft to be sent to France on the outbreak of war.

The German attack in the West began on 10 May 1940. Two days later an attempt was made to halt the German advance towards Brussels by bombing two road bridges over the Albert Canal near Maastricht. Six Battle aircraft were to be sent by No.12 Squadron. Split into two groups of three the Battles attacked through a withering barrage of anti-aircraft and small arms fire. All six aircraft were shot down. Flying Officer Garland and Sgt Gray were posthumously awarded the Victoria Cross for their part in this action; the Royal Air Force’s first of the Second World War. After suffering crippling losses Battles were withdrawn from France but continued their attacks against enemy occupied Channel ports.

Removed from operations in September 1940, the Battle was subsequently used for training in Britain and Canada.