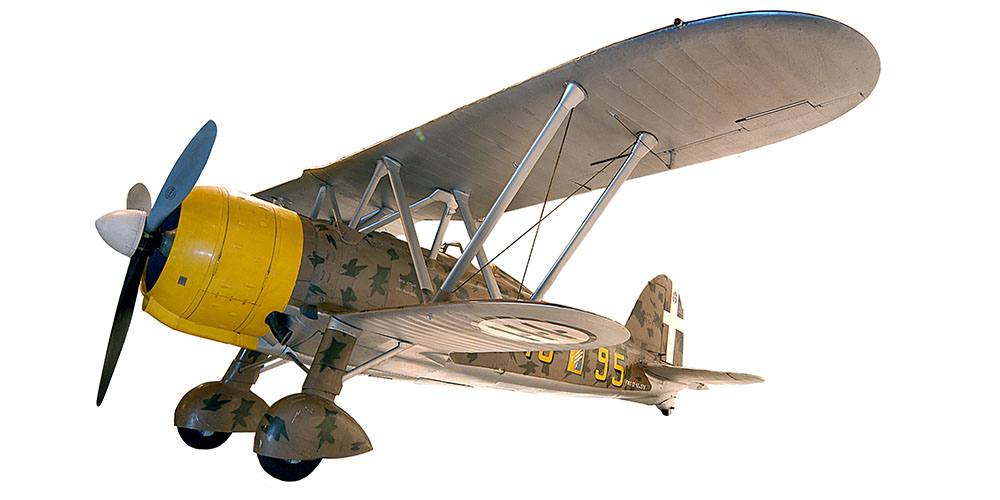 The CR42 was a delightful machine to fly and was the best biplane in service in 1940. Although the days of the biplane fighter were numbered it continued to take part in air operations until the end of 1943 and was built in greater numbers than any other Italian World War Two fighter.

This immensely strong and very manoeuvrable fighter first saw combat in the brief two week campaign over Southern France. Light losses against the French gave the Italians a mistaken impression that their tactics and aircraft were highly effective.

National pride and political prestige, rather than military necessity, led the Italian Dictator Mussolini to send a force of bombers and fighters to take part in the air battles against Great Britain. Arriving at airfields on the Channel coast in October 1940 they proved something of an embarrassment to the Luftwaffe who had resisted the move for some time. Bad weather and obsolescent equipment meant that the venture was not a success.

Little combat with British fighters took place over the British Isles but it did reveal the CR42’s major weakness; its armament of two machine guns was no more than a World War One fighter and it was unable to inflict major damage on its opponents.