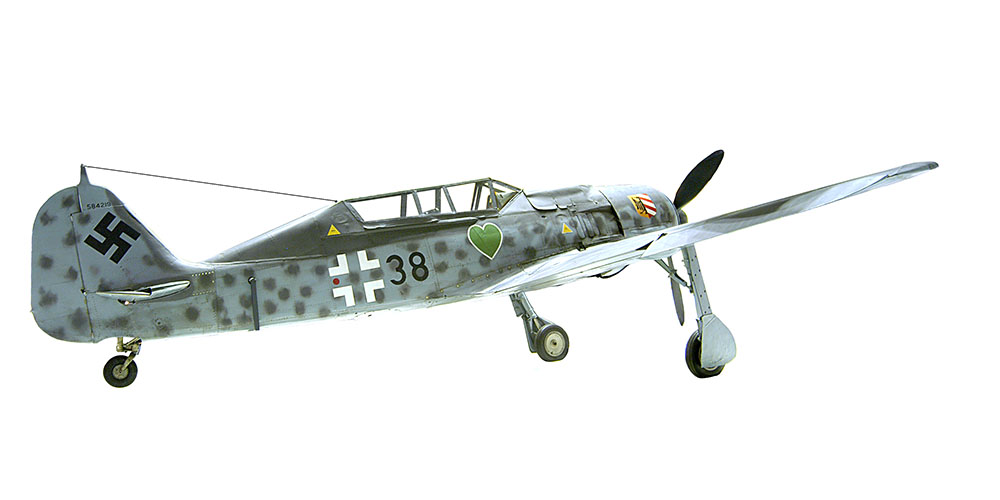 The Focke Wulf Fw 190 was one of the most successful combat aircraft of World War Two and its introduction into service on the English Channel coast in 1941 marked the beginning of a period of heavy losses and mounting alarm for the Royal Air Force.

This new German radial-engined fighter was superior in almost all respects to the contemporary British Spitfire V and was able to maintain this advantage until the arrival of the first Spitfire IXs in July 1942.

Focke Wulf Fw190s operated as a day fighters alongside Messerschmitt Bf109s on all German war fronts, from North Africa to Arctic Russia, until the end of World War Two. As German ground attack units demanded higher performance aircraft they were quickly fitted with bomb racks for fighter bomber work. Later still they were used as night fighters against the British bombers.

Although the company manufactured a prototype two-seat Fw190 to help with the conversion of pilots from slower ground attack units, all the other two-seaters, like this one, were produced by modifying existing aircraft.