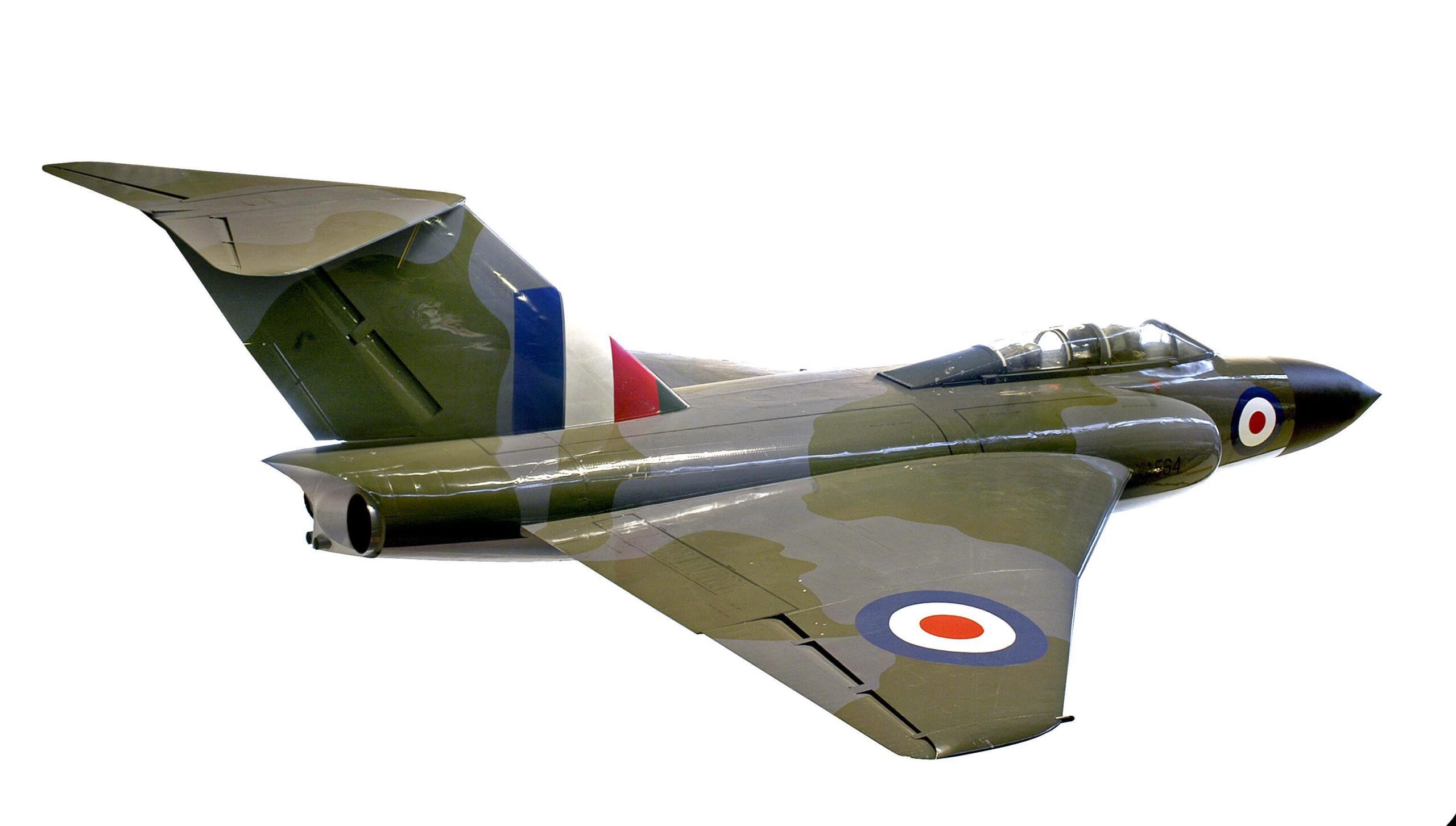 The Javelin was the world’s first twin-jet delta-wing fighter, designed to intercept bombers at high altitudes and at high subsonic speeds. Electronic and radar devices gave it an all-weather capability.

The first prototype (WD804) flew on 26 November 1951. Five prototypes were produced and used for trials of various wing-sections, nose and canopy details as well as armament trials with the Aden 30mm cannon.

The design was standardised on the FAW MkI the first production version of which flew on 22 July 1954. The first Squadron, No.46, was equipped in February 1956. The FAW2 and FAW4 introduced improved radar and all-flying tails, and the FAW7 which flew on 30 September 1955 introduced Sapphire engines of greatly increased power. The last RAF Gloster Javelin, XH777, was withdrawn from service at RAF Tengah, No.60 Squadron, in April 1968.