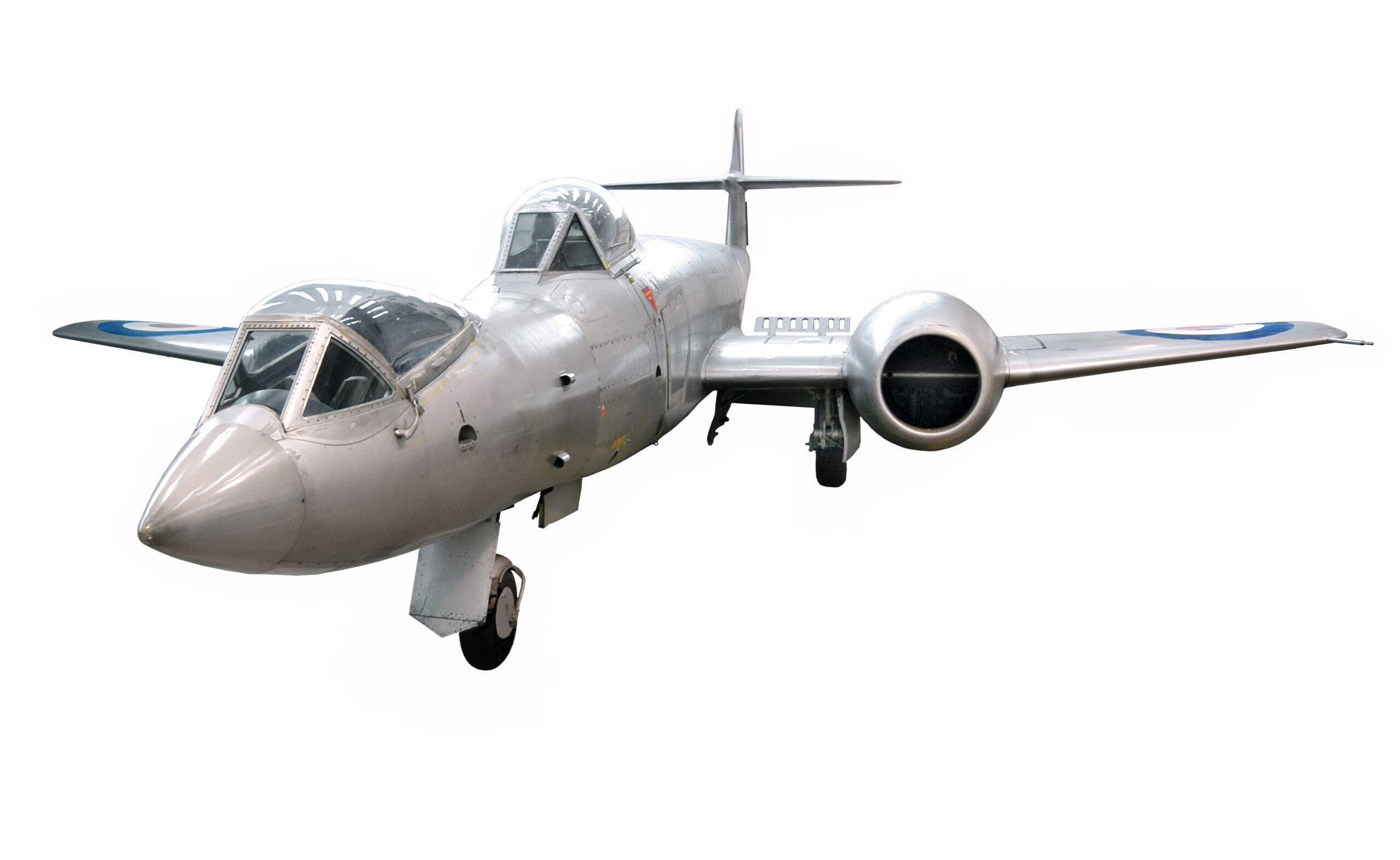 A much modified Meteor F8 fighter, the ‘prone position’ Meteor, was used to evaluate the advantages of coping with the effects of gravity while flying lying down. In practice the difficulties of operating the controls of the aircraft outweighed the advantages.

In the early 1950s the adoption of a prone position cockpit in future combat aircraft designs appeared attractive for two reasons. Firstly, such a configuration enabled the frontal area of the airframe to be reduced and therefore reduced drag. Secondly, aircrew can withstand greater ‘g’ forces if not sitting upright a vital consideration given the need for jet combat aircraft to manoeuvre at ever increasing speeds.

The Bristol Aeroplane Company sought to exploit these advantages by incorporating a prone pilot position in its proposal for a rocket powered fighter the Bristol Type 178. In order to establish the viability of a prone pilot cockpit, the RAF Institute of Aviation Medicine required a jet aircraft that could be flown by a pilot lying on his stomach. Meteor F8 WK935 was selected for modification and joined the Institute of Aviation Medicine in the autumn of 1954.

Following some fifty-five hours of flight testing it was concluded that the prone position concept was feasible, but only if absolutely necessary for aerodynamic reasons. The aircraft was never flown solo from the front cockpit. The development of special aviation clothing offered a simpler solution to the problem of counteracting ‘g’ forces and the prone position was abandoned.