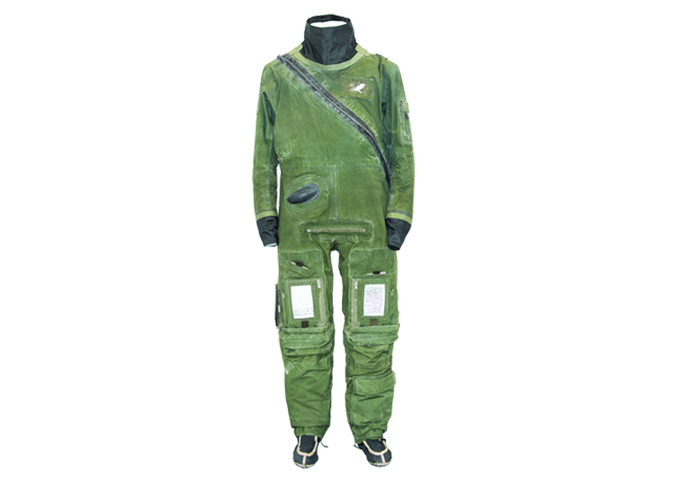 Bob Iveson’s father was in the RAF and this inspired his interest to fly. He received an RAF flight scholarship and gained his private pilot’s license before joining the service. Bob converted to flying Harriers in the early 1970s and deployed to the South Atlantic flying operations over the Falklands from HMS Hermes in 1982.
Immersion suits were worn by pilots in case they had to eject over water. Bob was shot down during a low-level ground attack. He ejected from his aircraft and evaded capture before being rescued.
‘It was pretty hairy because I’d never seen that much tracer and flak going off in the air’.
Bob later converted to Tornados and commanded No. 617 Squadron during the 1991 Gulf War. He retired from the RAF in 1999.

His immersion suit is on display in the RAF in an Age of Uncertainty exhibition in Hangar 6.