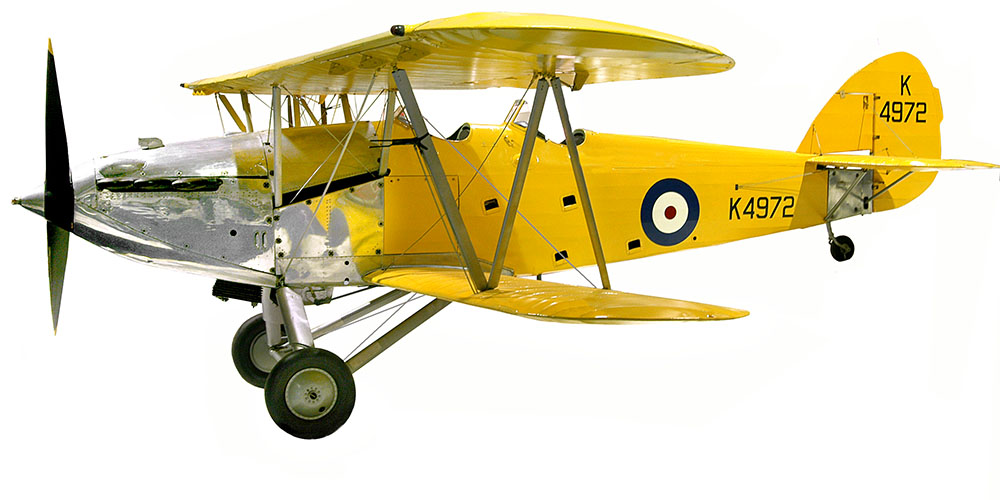 Used as an advanced trainer for the RAF, the Hart Trainer was developed from the bomber variant to allow familiarisation of pilots with the characteristics of the new aircraft types then entering service.

The Hawker Hart was introduced in 1930 and immediately became a great success. Its performance exceeded that of opposing fighters and spurred-on the development of the fighter version and also that of its stablemate the Fury.

The type stemmed from Specification 12/26 and used the newly developed Rolls-Royce FX 1B engine, later known as the Kestrel. The first aircraft joined No.33 Squadron in January 1930.

Several variants, including fighters, naval aircraft and army co-operation types, were developed. The Hart Trainer was built and flown in April 1932 fitted with dual controls for training purposes. A total of 526 aircraft of this variant was produced. As even more powerful aircraft were introduced and monoplanes became common the numbers of Hart Trainers in use declined and they took up others duties such as communications.