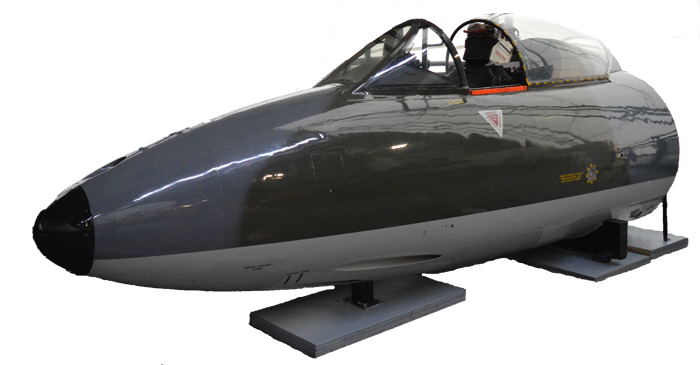 The Hawker Hunter F Mk.4 was the first major version of the aircraft and the first that could carry drop tanks or bombs on under-wing pylons. A total of 365 F Mk. 4s were produced, with production split between Hawker’s factories at Kingston and Blackpool. The first Hunter F Mk.4 made its maiden flight in October 1954 and in March the following year the F.4 was issued to the Air Fighting Development Unit and Nos.54 and 111 Squadrons became the first operation units to receive the new aircraft. The variant equipped 13 German based RAF day fighter/ground attack squadrons plus 9 others in Fighter Command, including the Museum’s example (Hawker Hunter F Mk. 4 XE670).