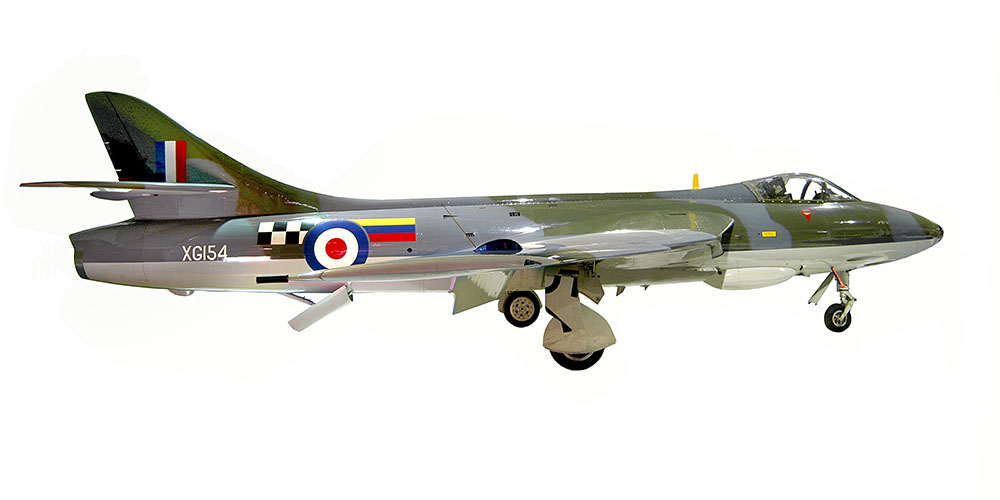 The Hunter was the first high-speed jet fighter with radar and fully-powered flying controls to go into widespread service with the Royal Air Force.

It was one of the most successful of the British post-war jet fighters; over 1000 were purchased by the Royal Air Force. Entering service in July 1954 it became the Royal Air Force’s standard single-seat fighter, replacing Meteor, Sabre and Venom aircraft. From 1960 Lightnings began to supersede the Hunter in Fighter Command.

In 1958 the Royal Air Force held a competition to find a suitable type to replace its Middle East-based Venom ground attack fighters. Hawkers won with a proposal for a modified Hunter F6 and an order was placed for the conversion of a number of airframes. The new version was designated FGA9 to show its new role and the first flew in July 1959.

FGA9s saw most of their service overseas. The last operational Hunter FGA9s were flown by No.8 Squadron which disbanded in December 1971 although the type continued to be used in training units for a little longer.