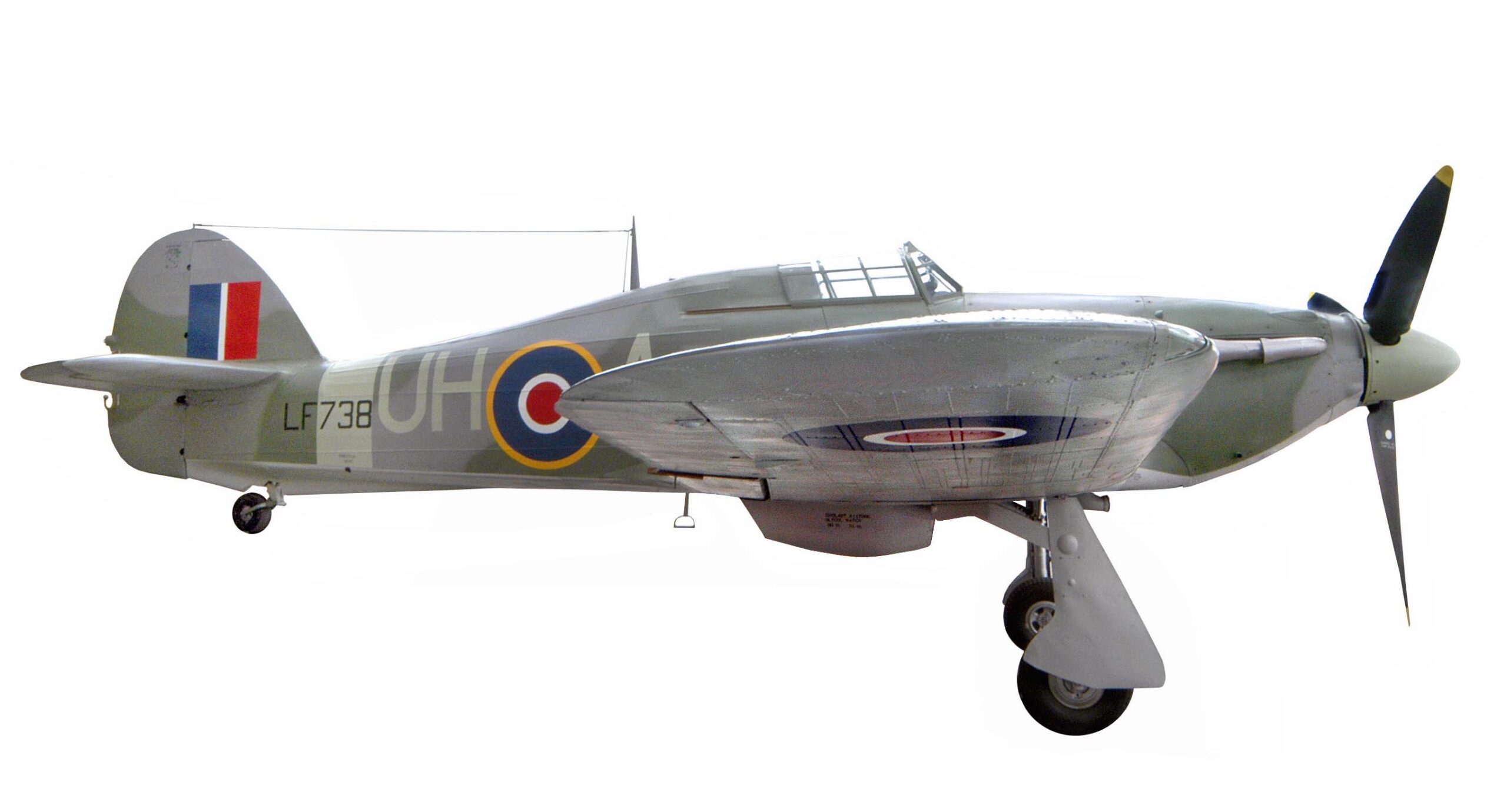 The Hurricane first flew in November 1936. It was the main aircraft of RAF Fighter Command squadrons during the Battle of Britain where it equipped thirty-two squadrons between July and October 1940. It was a popular aircraft with its pilots who found that its high manoeuvrability and rugged construction combined to make it very effective.

Designed by Sydney Camm around existing technology, the Hurricane used tubular metal alloy and fabric covering on the fuselage with metal skinning on the wings. This had the advantage of being easy to repair while resisting battle damage well.

The Hurricane saw action in Northern Europe, North Africa and the Far East where it was mainly used in the ground attack role.