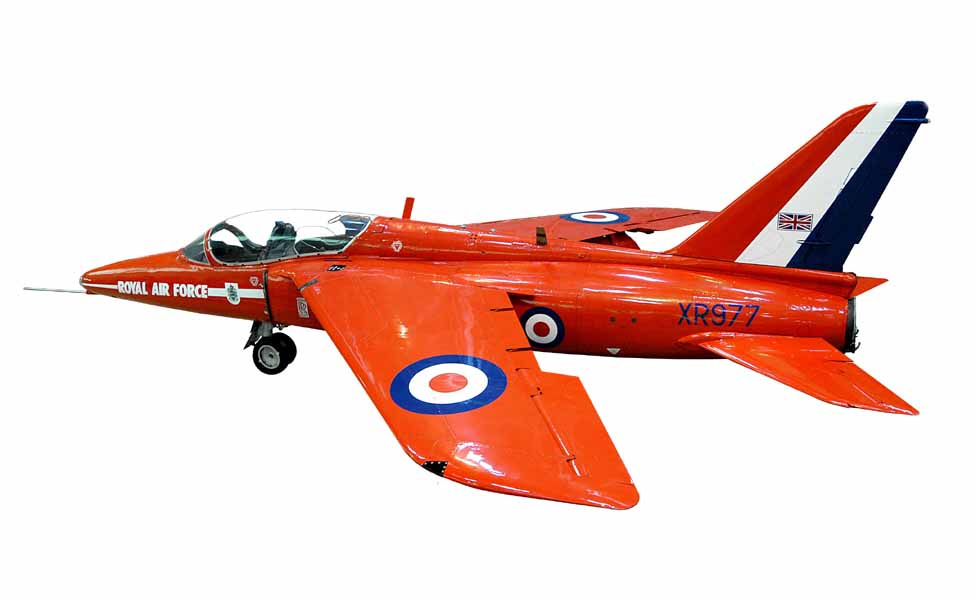 Derived from a single seat fighter project, the Gnat provided advanced flying training for RAF fast jet pilots in the 1960s and 1970s.

The Gnat first flew in August 1959 and the type entered service with the Central Flying School in February 1962. It was intended to replace the Vampire as an advanced trainer for pilots who would fly jet fighters and bombers, combining high performance with the handling qualities required for effective instruction. A total of 105 Gnats served with the RAF and the final group of pilots trained on the Gnat graduated from No.4 Flying Training School on 24 November 1978.

Its aerobatic qualities led to the formation of the Yellowjacks aerobatic team in 1964, leading to the foundation of the world famous Red Arrows the following year. The team flew their red Gnats for fourteen years until they were replaced by the British Aerospace Hawk at the end of the 1979 season.