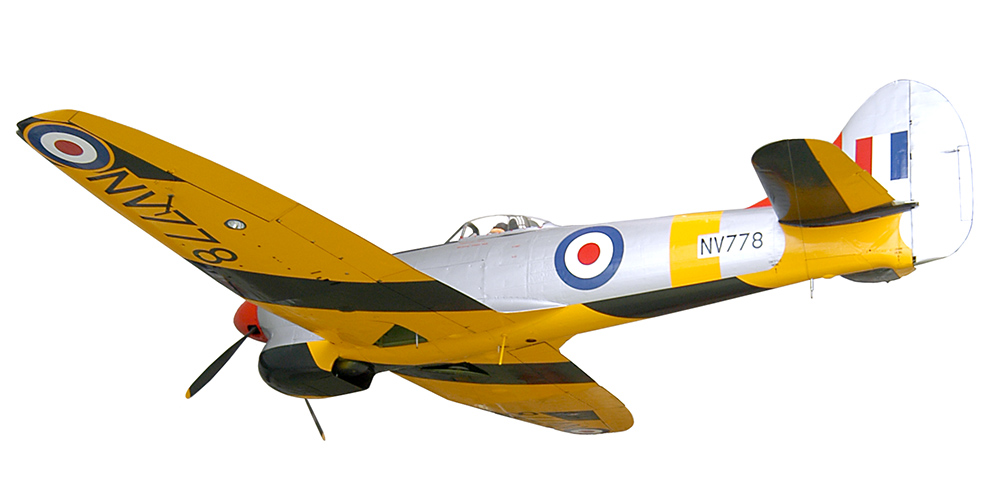 The Tempest was one of the most powerful high performance fighters to see operational service in World War Two and extended the boundaries of piston-engined powered flight. Built on lessons learned earlier in the conflict it was designed to be a fast, manoeuvrable, heavily armed, high altitude interceptor. By the time it came into service, towards the end of the war, the German fighter forces had been decimated and it became a highly successful adversary of enemy ground troops and V1 Flying Bombs.

This particular aircraft was too late for active service and spent its operational life towing targets for air-to-air gunnery practice. The undersides are painted with black and yellow stripes to make it obvious that it was the tug not the target!
What makes this a Milestone Aircraft?

The Tempest was one of the last piston-engined front line fighters demonstrating the maximum performance that could be achieved with a piston engine and propeller combination.