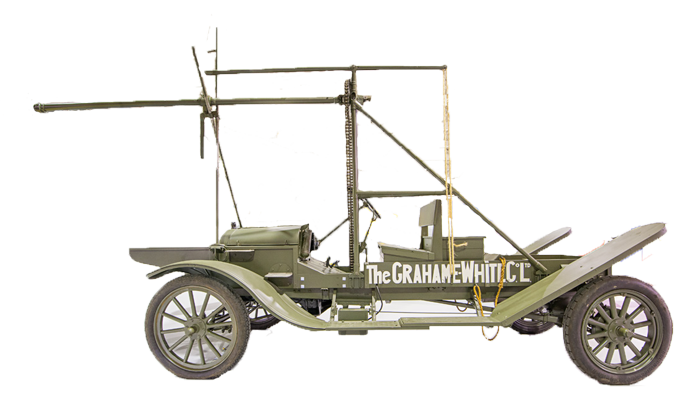 The Hucks Starter was invented by Captain Bentfield Charles Hucks and introduced to RAF service just after the First World War. It enabled two men to start an engine from cold in 30 seconds and was far safer than the earlier method of swinging the propeller by hand. The signage is for the Grahame White Aviation Company based at The London Aerodrome – now home to the RAF Museum London.
This example is a restoration using original pieces from several vehicles and some newly built bodywork.It is on display in the War in the Air 1918–1980 exhibition in Hangar 3.