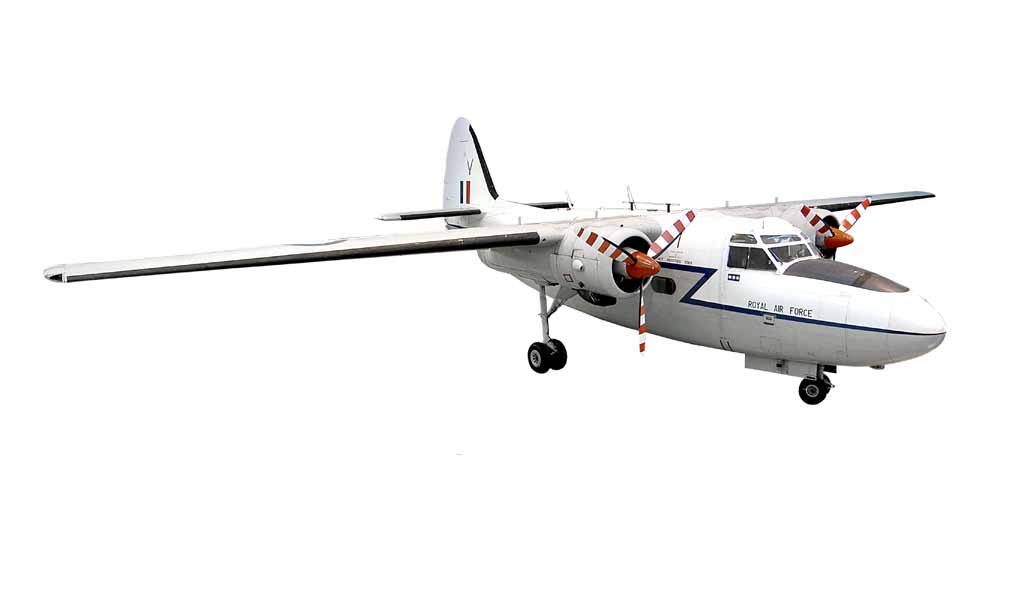 Entering service in 1953, the Pembroke took over from the venerable Anson in the light transport and communications role. It was developed from the Prince civil transport having a longer wing to carry an increased all-up weight.

The prototype flew on 21 November 1952 and forty-five were produced for the RAF, the last one being completed in February 1958. Rearward facing seats for the passengers were fitted for safety in common with other RAF transport aircraft.

As well as the standard transport variants, the Pembroke could also be fitted with dual controls, as a pilot trainer, or could be converted to a flying classroom for training navigators or air signallers.

Six photographic reconnaissance aircraft were produced and were used by No.81 Squadron in Malaya. Others operated from Kuwait and Bahrain in the communications role.

Pembrokes were modified to extend their fatigue life in 1970. No.60 Squadron was still operating seven in 1987 but after a total of 35 years service they were finally withdrawn in 1988.