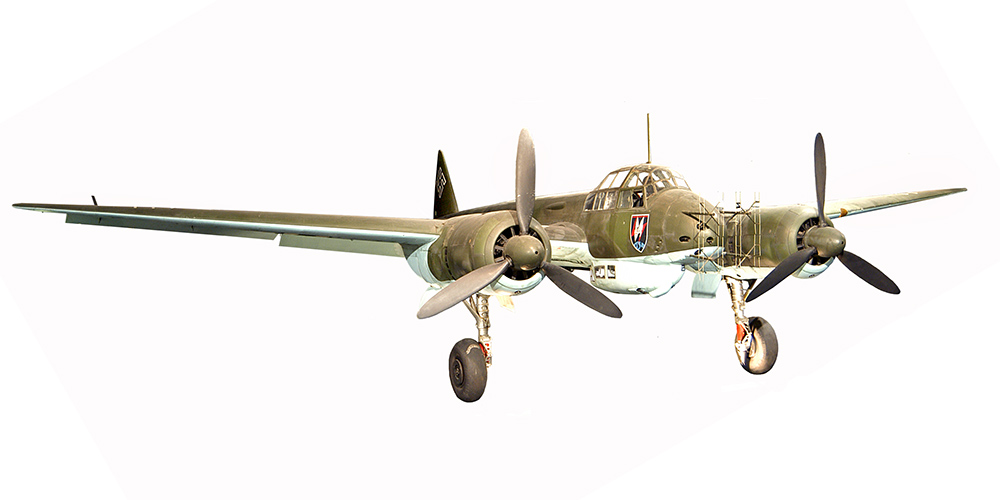 The Ju88 was the most versatile German combat aircraft in World War Two. It began life as a bomber, became a night fighter and intruder; undertook anti-shipping operations and flew long-range reconnaissance missions. It is one of the truly great multi-role combat aircraft.

Deliveries of the first production aircraft took place in September 1939 and on the 26th it undertook its first operational mission against British shipping in the Firth of Forth. It was not until the Battle of Britain, however, that the Ju88A played a major role in German operations.

Ju88s took part in a number of daylight actions against British radar stations, airfields and ports in the opening phases of the Battle of Britain. The Ju88A-1 was the main variant used and possessed a good performance, was reasonably manoeuvrable for its size, and could take a great deal of punishment. However its lack of armoured protection and insufficient defensive armament meant that it was relatively easy prey for British fighters.

At the time of the Battle of Britain the Ju88 was at the beginning of its service career and its remarkable adaptability, particularly as a night fighter, had still to be exploited by the Luftwaffe.